(Reuters) - Asia's fastest man, Su Bingtian, has backed Chinese sprinters to keep improving after a summer when the 32-year-old became the first athlete from the country to reach the final of the 100 metres at the Olympic Games.

Su led the United team - essentially China's national squad - to gold in the 4x100 metres relay at the National Games on Friday, following his performance in the Tokyo Games, where he broke the Asian record in the semi-finals of 100 metres.

The Guangdong native, who finished sixth in the 100 metres in Tokyo, also won gold in the individual event this week at the National Games in Xi'an. He expressed confidence China is producing sprinters capable of following in his footsteps.

"From today's event, I can see a bright future for Chinese sprinting," Su, who was appearing at his fourth National Games, said according to Xinhua.

"The top four in the final all broke the 38-second barrier, which really inspires me, because only the national team could do it a few years ago.

"Chinese sprinting is on the right path, and the National Games is an important stage for promising sprinters before they attend the Olympic Games."

Su set the Asian record for the 100m at 9.83 seconds to qualify for the Olympic final before running 9.95 seconds in the Xi'an Olympic Center on Tuesday to win the title at the quadrennial National Games.

Xie Zhenye is the only other Chinese sprinter to have run under 10 seconds for the distance, which he managed in 2018 before suffering a series of injuries that have affected his subsequent performances.

Winner of the National Games title in 2017, Xie ran 10.10 seconds to finish second behind Su on Tuesday as he continues his return to top form.

"He has been hampered by the injuries. This is not his best performance. I trust in Xie to have better results next year when he competes at the Asian Games in Hangzhou.

"We shouldn't just question an athlete when he's not at his best. Instead, we need to help and encourage him to regain his momentum.

"I will use my experiences to influence more people and let them appreciate Chinese athletes." 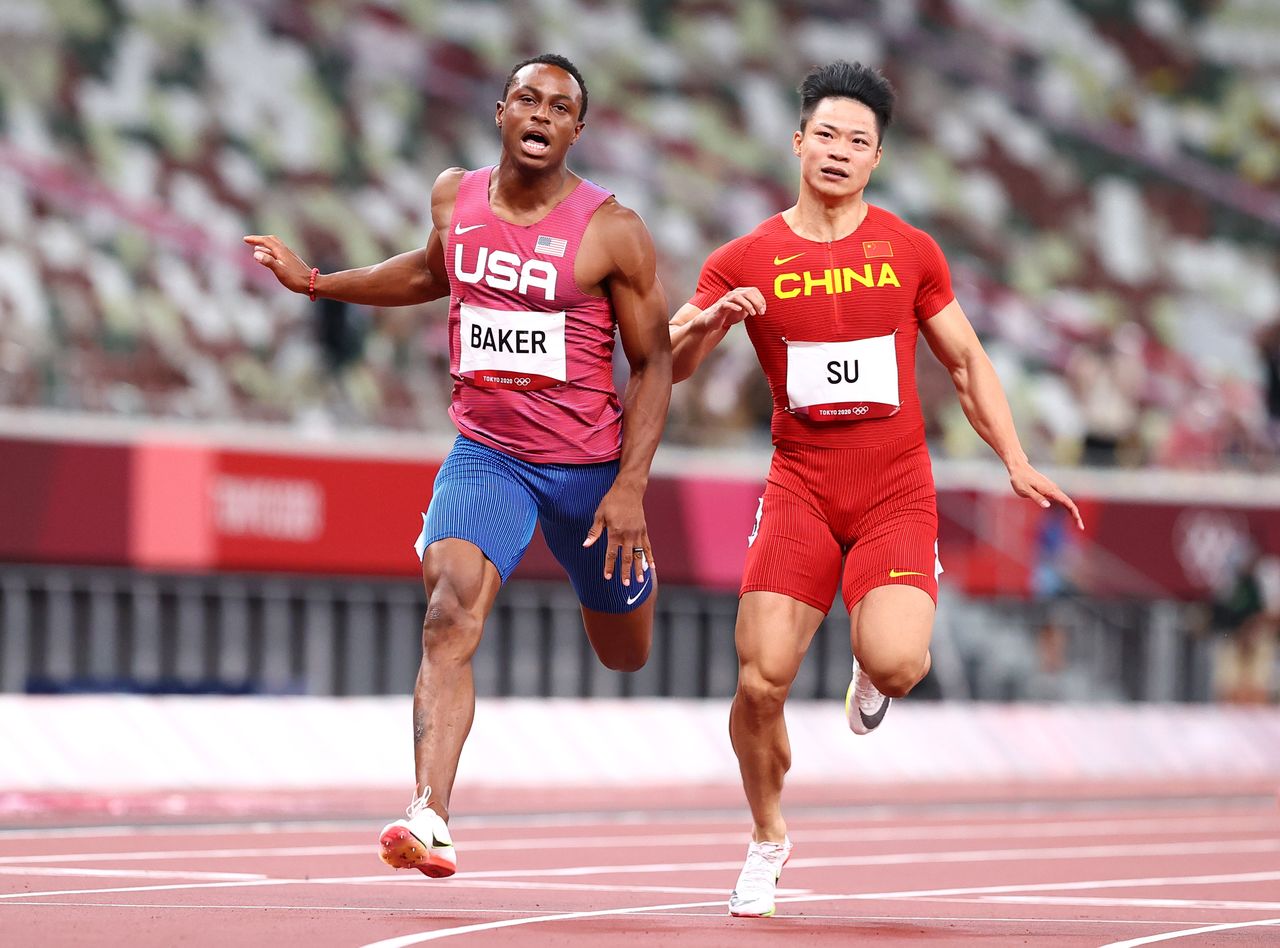 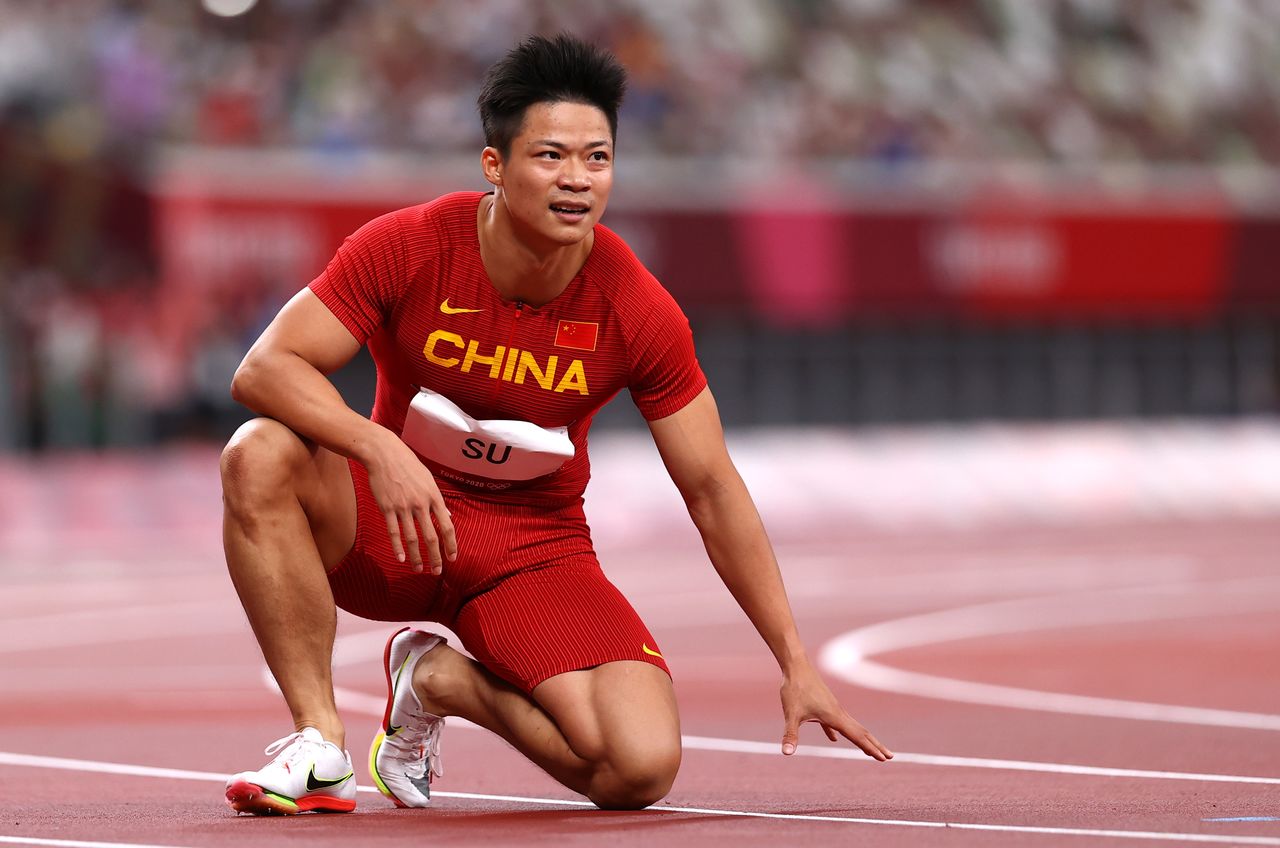 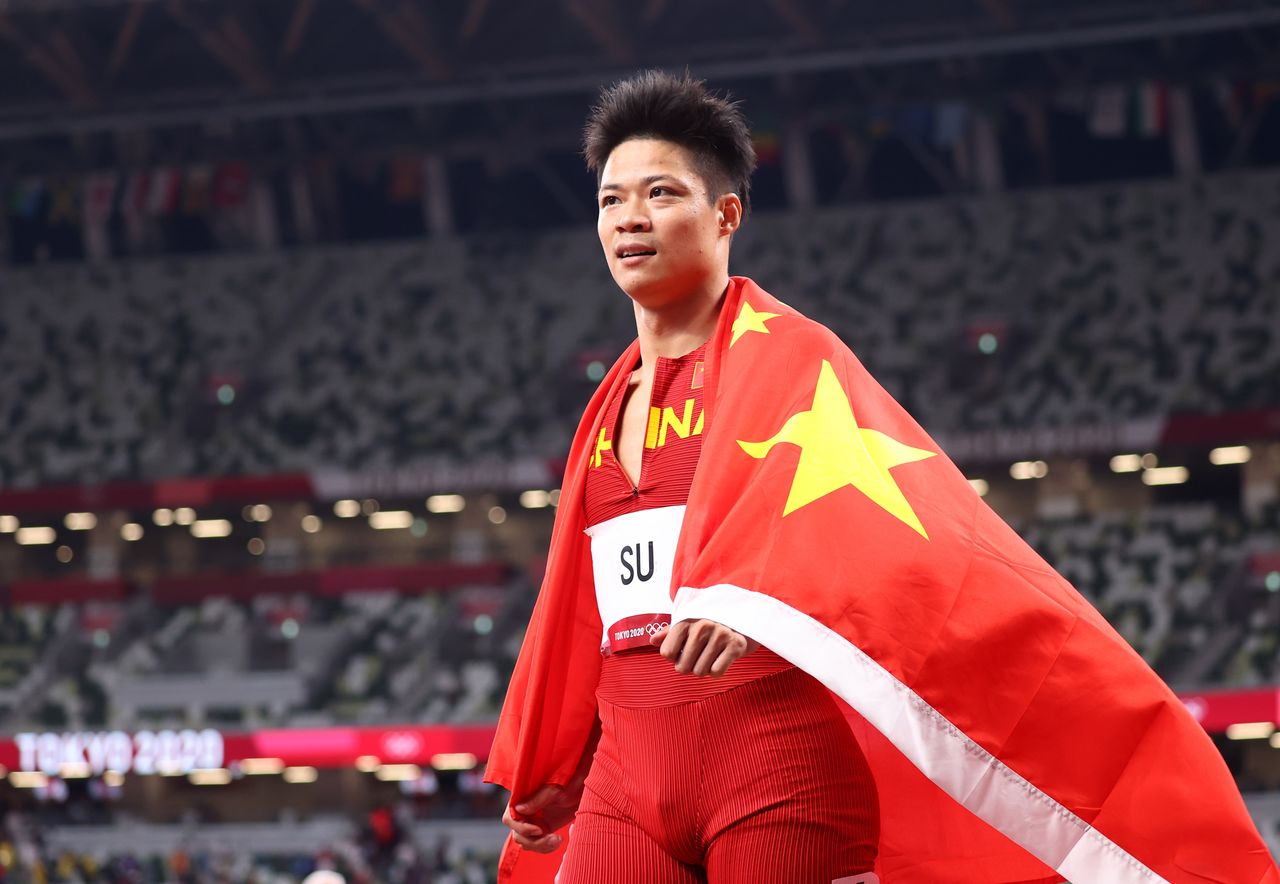