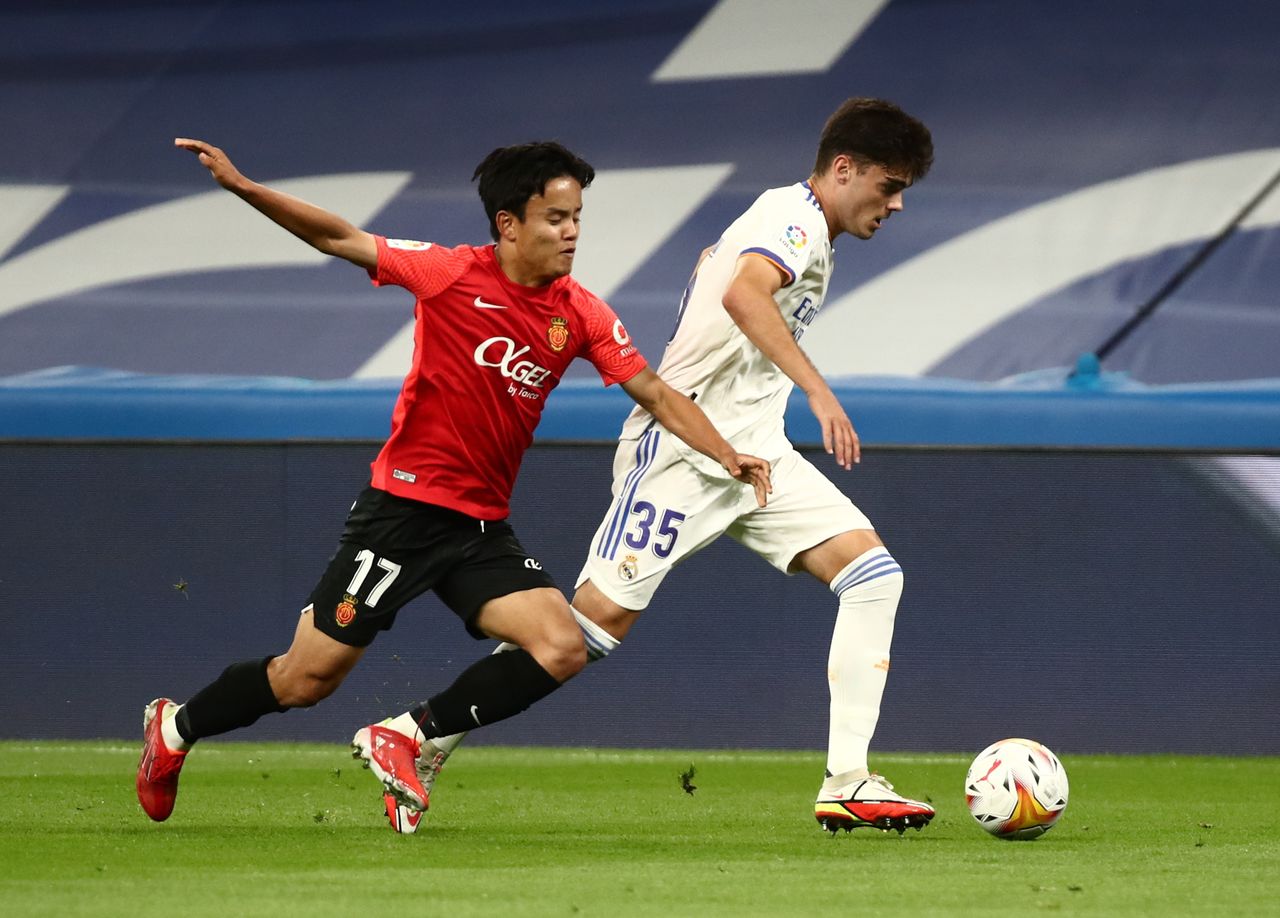 (Reuters) - Takefusa Kubo will not be called up for Japan's World Cup qualifiers against Saudi Arabia and Australia after the playmaker was ruled out for up to four weeks with a knee injury.

Japan coach Hajime Moriyasu confirmed he would not include the 20-year-old in his squad for the matches next month following the injury, which Kubo sustained while playing for Real Mallorca against Real Madrid on Thursday.

"It could take longer, but I just want him to concentrate on getting healthy," Moriyasu said, according to Kyodo.

"He'll have a long career. There's no need to risk getting hurt again by rushing back. I want him to regain perfect health, so this won't lead to a more serious injury."

Kubo, on loan at Mallorca from Real Madrid, posted on Instagram after Thursday's 6-1 loss against his parent club that he would likely miss the crucial qualifiers.

"I hurt my knee while playing in yesterday's match and will have to spend a little time off the pitch," Kubo wrote.

"I'm very disappointed that I won't be able to help my (Spanish) team and national team during this important time, but I will be offering support from off the pitch.

"I will focus on what I can do so that I can rejoin the team and play my part as soon as possible."

Kubo started on the bench in Japan's opening game of the final phase of Asia's preliminaries for next year's World Cup, when Moriyasu's side slipped to a surprise 1-0 loss against Oman on Sept. 2.

He was included in the starting line-up for the victory over China in Doha five days later.

The Japanese are in fourth place in Group B of Asia's final round of preliminaries, with only the top two in each of the continent's two qualifying groups guaranteed to advance to the finals in Qatar next year.