Japan's Kono says same-sex marriage should be discussed in parliament 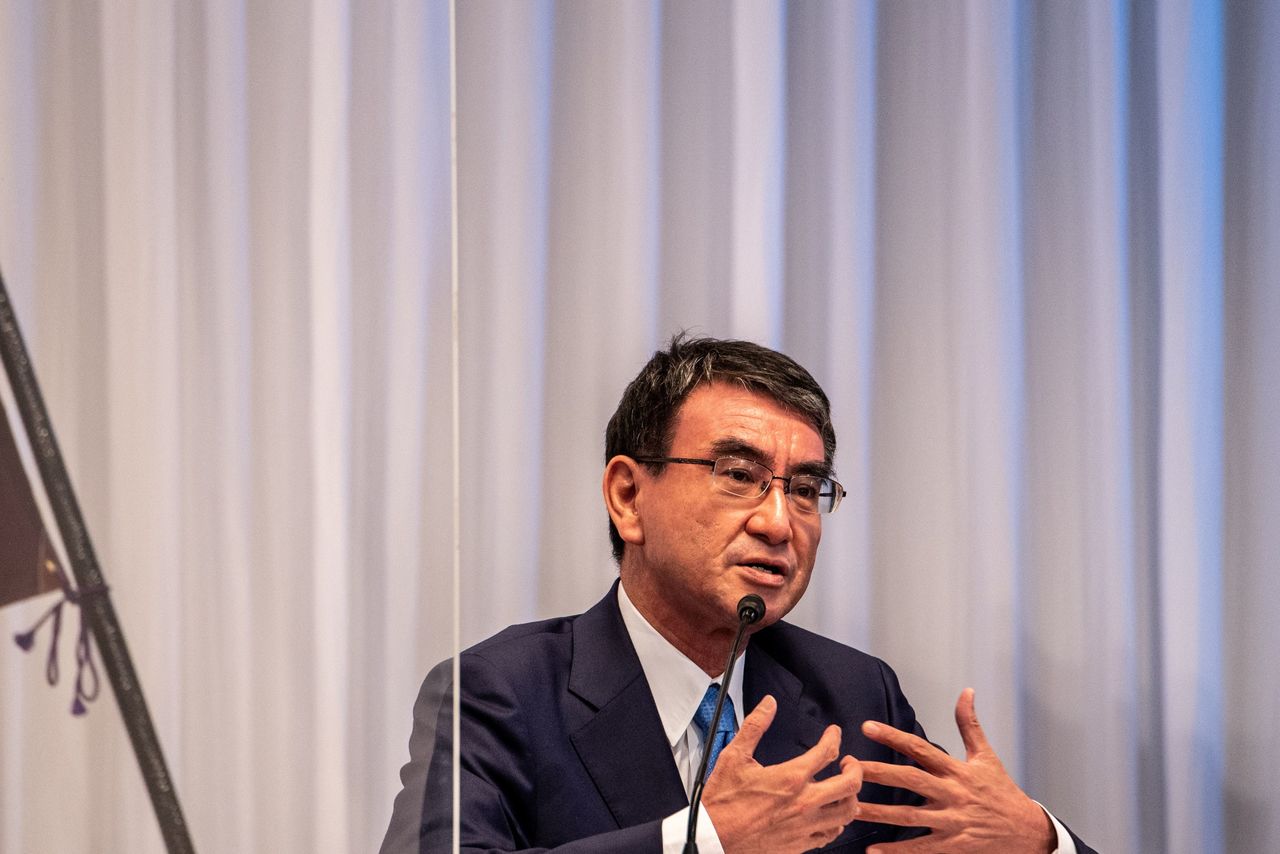 TOKYO (Reuters) - The frontrunner to become Japan's next prime minister on Sunday said he supported same-sex marriage and that the issue should be discussed in parliament, in contrast to longstanding unease over the issue in the ruling Liberal Democratic Party.

Taro Kono, the minister in charge of Japan's vaccine roll-out and one of four contenders to become the next head of the party, made the comment in a debate broadcast live online. Rival Seiko Noda also said she supported recognising same-sex marriage.