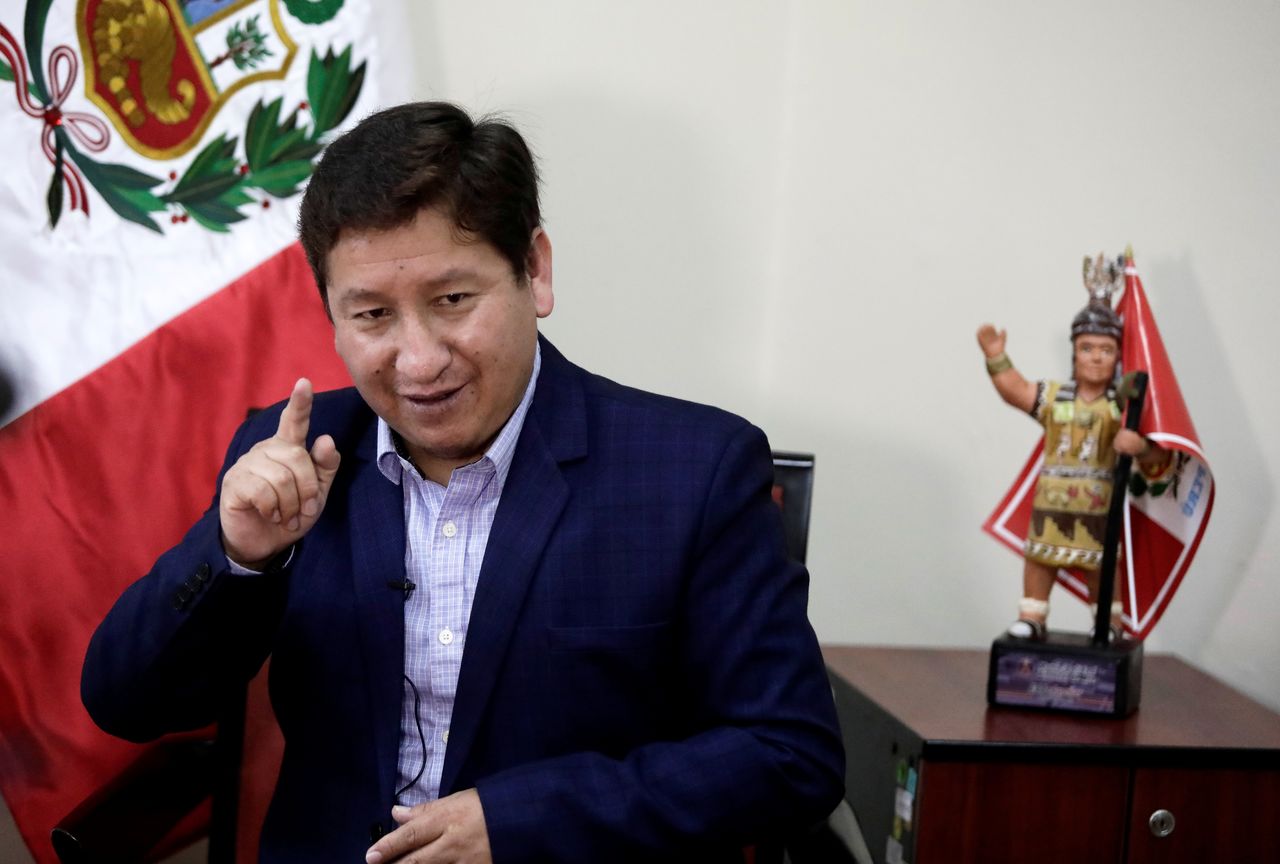 LIMA (Reuters) - Peruvian Prime Minister Guido Bellido on Sunday said that companies which exploit natural gas in Peru will need to agree to pay higher taxes or else face nationalizations, a sharp warning to the sector from the new leftist government.

Bellido told Reuters in August https://www.reuters.com/world/americas/exclusive-perus-new-govt-eyes-natural-gas-hydroelectric-sectors-public-companies-2021-08-08 that the government was planning to participate more deeply in the main industries, including natural gas and new hydroelectric projects, and would look to create new state companies.

The Andean country, the world's No. 2 copper producer, has a major gas operation run by the Camisea consortium, led by Argentina's Pluspetrol, with smaller stakes held by South Korea's SK Group, Hunt Oil and Repsol.

"We summon the Camisea gas operating and trading company to renegotiate the distribution of profits in favor of the State," Bellido wrote on Twitter.

"Otherwise, we will opt for the recovery or nationalization of our field."

Investors are closely watching the administration of President Pedro Castillo, an outsider former teacher who took office in July after a shock election win, with a focus on his government's mining policy and taxation levels.