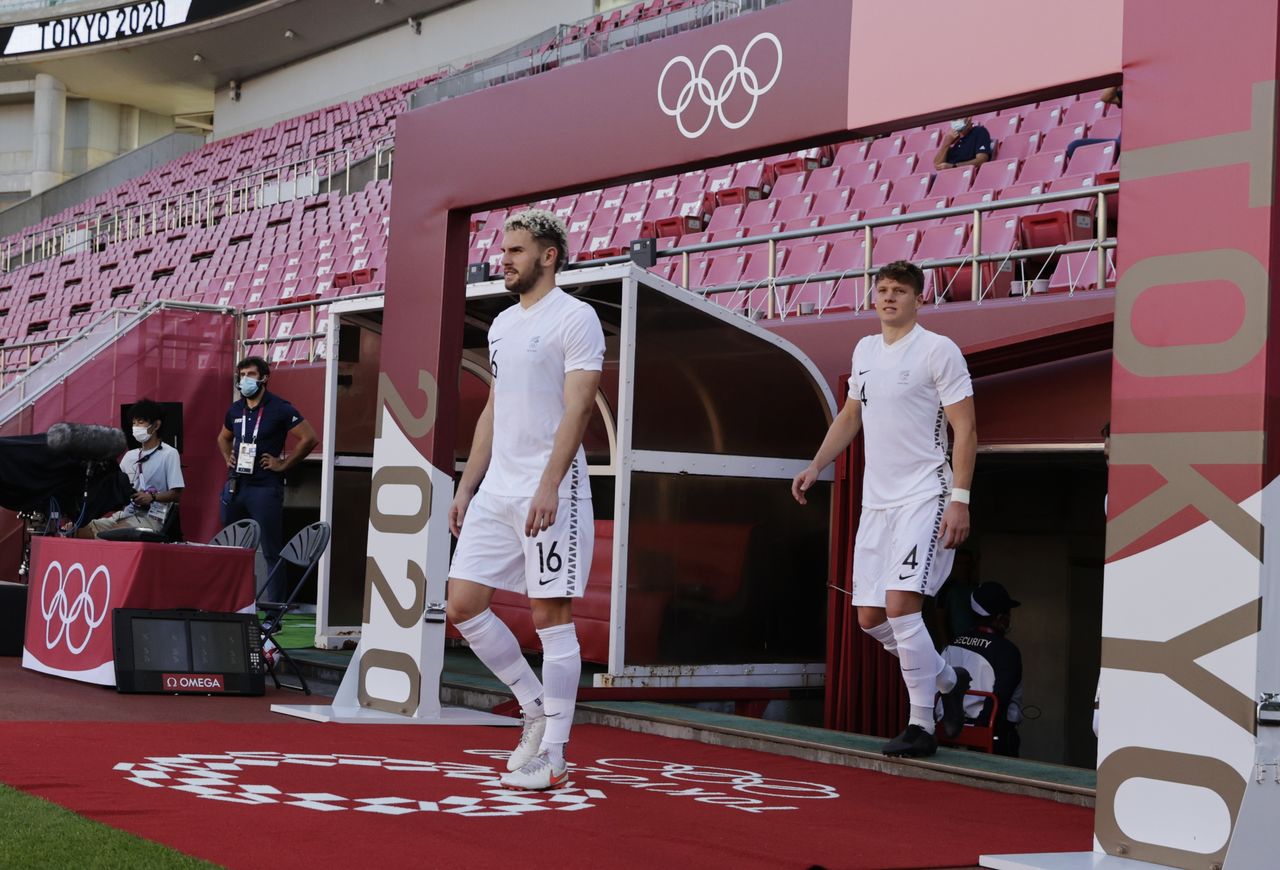 MELBOURNE (Reuters) - New Zealand coach Danny Hay said Gianni Stensness's decision to switch allegiance to Australia is a "kick in the guts" after the midfielder played for the 'All Whites' at the Olympics.

The Australia-born 22-year-old, who was eligible to play for New Zealand through his father, was not included in Hay's 21-man squad for October friendlies against Curacao and Bahrain.

"I'm not going to lie, it's disappointing. It was certainly a bit of a kick in the guts, and probably more so for his team mates that he worked with in Japan," Hay told New Zealand media on Monday.

"I understand he's born and bred in Aussie, he's spent just about his entire life there and feels like he's an Australian.

"I'm sure he'd already been approached by Australia prior to the Olympics and kept that to himself. As a coach, that's disappointing he wasn't honest about that."

Stensness, who recently transferred from A-League side Central Coast Mariners to Norwegian club Viking, represented Australia at under-20 level before switching to New Zealand in 2019 and breaking into the Olympic squad.

Hay's squad is comprised entirely of overseas-based players due to COVID-19 restrictions at home and in Australia.

"Obviously we would prefer to be in a position to include players from this part of the world but I’m confident in the team we have been able to bring together and I know they are all chomping at the bit to get back on the pitch after such a long time," he said.

New Zealand face Curacao on Oct. 9 and Bahrain three days later in Manama in their first internationals since late-2019 due to the COVID-19 pandemic.