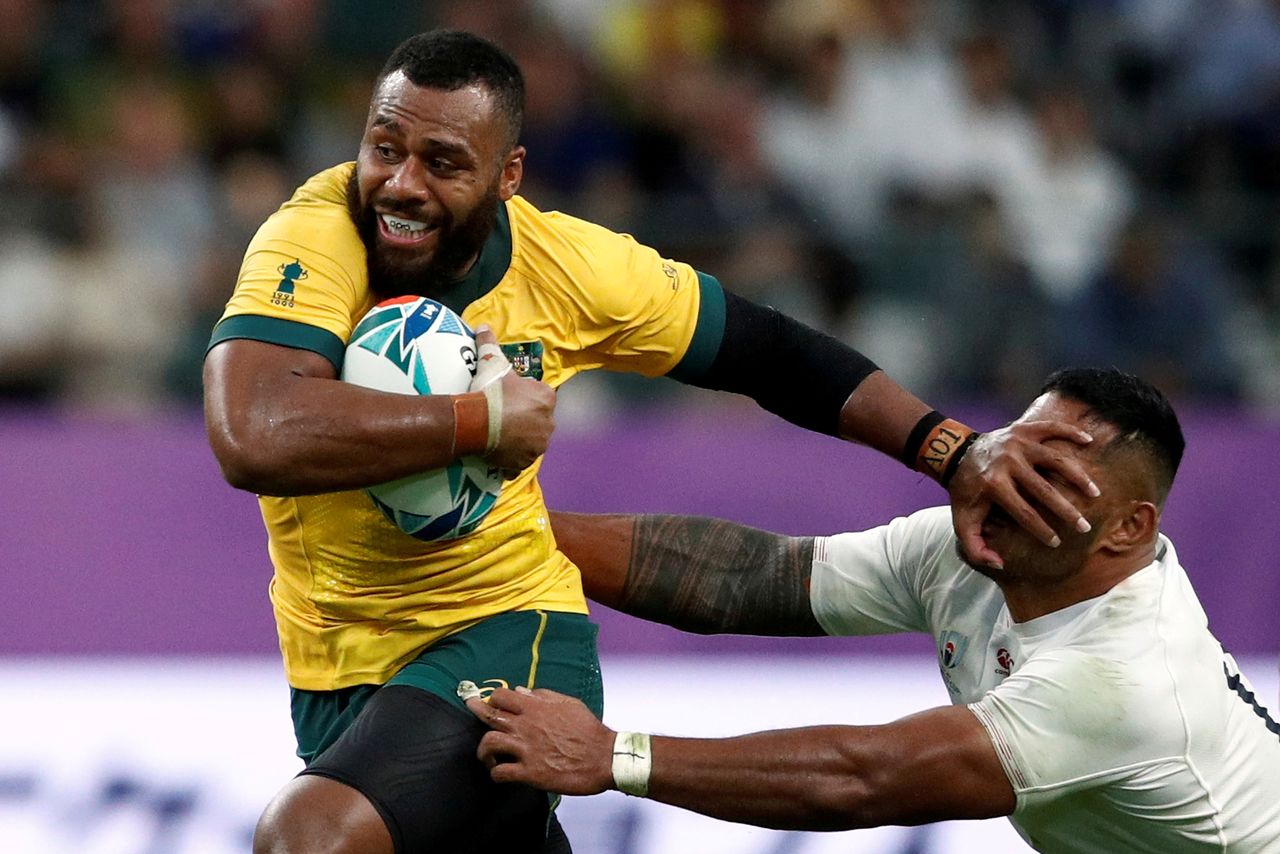 MELBOURNE (Reuters) - Australia's resurgence in the Rugby Championship has coincided with the return of midfielder Samu Kerevi, who is savouring a "simplified" role under coach Dave Rennie.

Inside centre Kerevi continued his sparkling form with a try and a string of powerful linebreaks in the 27-8 win over Argentina on Saturday to help the Wallabies notch three straight wins for the first time in four years.

Kerevi was missed through the 2020 season while based in Japan but he said his time away had helped him mature, and his Olympic rugby sevens campaign for Australia had boosted his fitness.

"I feel a bit more calmer out there and try not to do too much," he told reporters on his 28th birthday on Monday.

"Being away and coming back into the Wallabies group, Dave (Rennie) has simplified my job ... and it's such a detailed game that I know exactly where I need to be.

"The sevens helped a lot with the skill-set as well and the conditioning side of the game -- it got me pretty fit."

Australia's hopes of winning the Rugby Championship all but ended with back-to-back defeats to the All Blacks in their first two matches.

But the home side rebounded well, upsetting world champions South Africa twice before the All Blacks sealed the title with victory over the Springboks on Saturday.

The Wallabies will hope to finish off the Rugby Championship with a second win over Argentina on the Gold Coast on Saturday.

Kerevi's midfield combination with ACT Brumbies centre Len Ikitau has been one of the success stories of the Wallabies' season.

Ikitau has made a big impression since his debut against France in July and Kerevi said the "sky is the limit" for the 22-year-old.

"From the first time I’ve played with him until now, he’s gotten so much more confidence outside me," he added.

"He’s signed for another two years with the club and country so I’m excited to see where he goes."