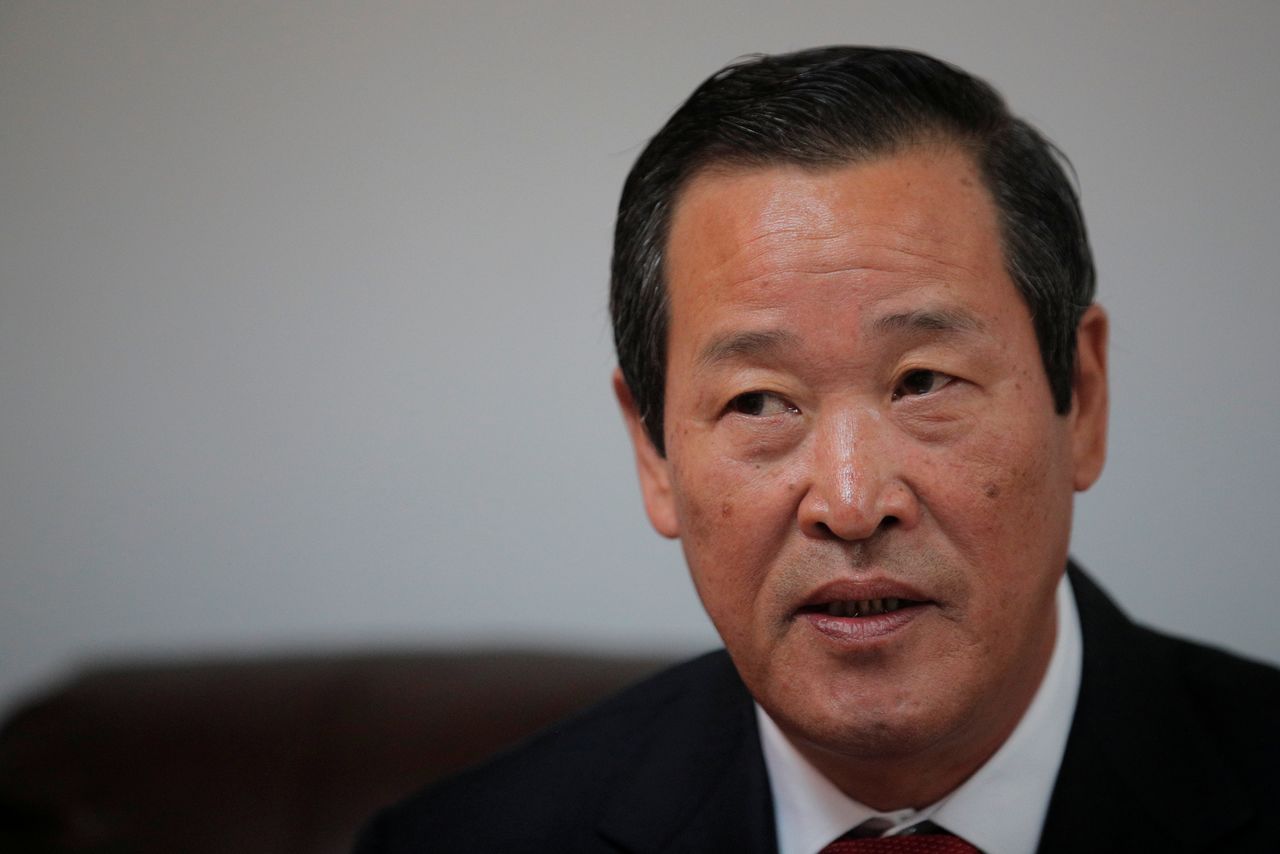 UNITED NATIONS (Reuters) - North Korea's ambassador to the United Nations called on Monday for the United States to give up its "hostile policy" towards Pyongyang and said no one could deny his country's right to self defense and to test weapons.

Just before the envoy, Kim Song, made the comments in an address to the annual United Nations General Assembly, South Korea's military said North Korea had fired an unidentified projectile towards the sea off its east coast.

Japan's defence ministry said the launch could have been of a ballistic missile.

"Nobody can deny the righteous right to self-defense for the DPRK to develop, test, manufacture, and possess the weapon systems, equivalent to the ones which are possessed or being developed by them," Kim said, referring to the United States and South Korea, and using the acronym for North Korea's official name.

He said it was North Korea's growing deterrent that was responsible for preventing war on the Korean peninsula, not "the U.S.'s mercy."

Kim said North Korea would never violate or endanger the security of the United States, South Korea and neighboring countries.

"We are just building up our national defense in order to defend ourselves and reliably safeguard the security and peace of the country," he said.

If the United States gave up its hostile policy, North Korea would "respond willingly at any time," he added. "But it is our judgment that there is no prospect at the present stage for the U.S. to really withdraw its hostile policy."

Referring to a call last week at the United Nations by South Korean President Moon Jae-in for an official end to the 1950-53 Korean War, Kim said that if Washington wanted this, it should permanently stop joint military exercises with South Korea and the deployment of strategic weapons on and around the peninsula.