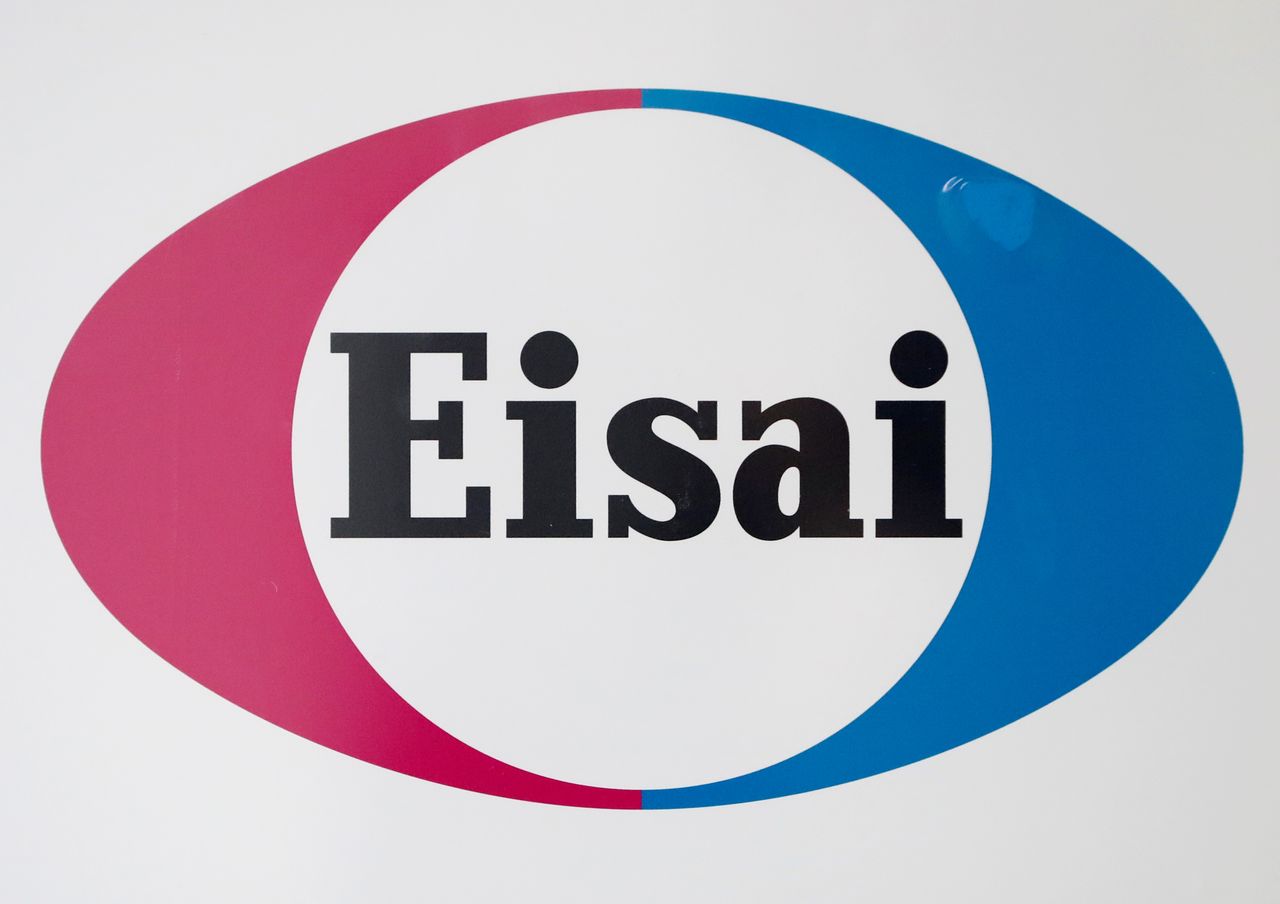 FILE PHOTO: The logo of Eisai Co Ltd is displayed at the company headquarters in Tokyo, Japan, March 8, 2018. REUTERS/Issei Kato

The Biogen/Eisai drug Aduhelm was the first Alzheimer's treatment to win approval in nearly 20 years, but the Food and Drug Administration's (FDA) controversial use of the accelerated approval process - which authorizes drugs for severe conditions without strong proof of a benefit to patients - has come under heavy fire.

Biogen and Eisai won authorization for Aduhelm based on evidence that it can reduce brain plaques, a likely contributor to Alzheimer's, rather than convincing proof that it slows progression of the lethal disease. Companies are required to run confirmatory studies to prove the drug works as intended.

Now, Eisai, which leads development on Alzheimer's drug lecanemab, is using evidence from a midstage trial showing its drug candidate removes brain plaques to an even greater degree than Aduhelm, with lower rates of brain swelling.

Eisai intends to learn from its partner's experiences as it works through the regulatory process. Ivan Cheung, president of Eisai's global neurology group, said in an interview the company is being as transparent as possible.

Eisai will submit its application to the FDA on a rolling basis, with the aim of completing the application in the next few months. The company plans to submit data from its midstage trial of 856 volunteers, which showed that 80% of patients had no amyloid left in their brains after 18 months of treatment.

That benefit also correlated with improvements seen in some patients, Cheung said. The trial was published in Alzheimer's Research and Therapy, a peer-reviewed journal, in April.

A key point of contention with the Aduhelm approval is the timing of the confirmatory trial, which FDA officials said could take several years. Eisai already has a confirmatory, Phase III trial fully enrolled. Cheung expects results before the end of 2022.

"We understand the urgency for the public to have validating clinical data," Cheung said.

The FDA initially gave Aduhelm a broad indication that went beyond what was studied in its trials. Cheung said his company only wants the FDA to consider the drug's exact study population - early Alzheimer's.

Eli Lilly and Co said in July it also plans to seek accelerated approval for its Alzheimer's candidate, donanemab, based on mid-stage data. Lilly has said it plans to seek U.S. regulatory approval by yearend.