By Kantaro Komiya and Antoni Slodkowski

TOKYO (Reuters) -Japan will lift a coronavirus state of emergency in all regions on Thursday for the first time in nearly six months, as the number of new cases and deaths falls and the strain on the medical system eases, Prime Minister Yoshihide Suga said.

Daily cases have fallen nationwide from more than 25,000 last month to 1,128 on Monday, but the opening will be gradual with some curbs on restaurants and large-scale events staying in place for about a month.

The government will introduce a certification system whereby only approved restaurants can stay open until 9 p.m and a ban on serving alcohol will be lifted everywhere unless local governors object.

"Thanks to progress in vaccination and administration of neutralising antibody drugs, we are entering a phase where medical services can be offered in a stable manner even if a certain degree of infections take place," Suga told a coronavirus task force meeting.

Japan has largely avoided explosive outbreaks seen in countries like the United States and India although it fared poorly by East Asian standards with about 1.7 million cases and just over 17,500 deaths.

The Delta variant sparked a fifth wave of infections in Japan that drove infections to record levels last month, putting so much strain on hospitals that some patients ended up dying at home without receiving care.

To prevent hospitals from being overwhelmed, the government extended emergency restrictions covering about 80% of the population until the end of September, resulting in the Tokyo Olympics being held without spectators this summer.

The emergency will be lifted shortly after the ruling Liberal Democratic Party (LDP) picks its new chief, who will replace Suga as premier thanks to its parliamentary majority.

Suga decided not to run in the election after his approval ratings tanked due to his handling of the pandemic.

Initially criticised for its sluggish vaccination rollout, his administration in the last month has caught up with many developed economies. Now nearly 60% of the population is fully vaccinated and the government has said all those who want shots will have had them by November.

Earlier in the day, Economy Minister Yasutoshi Nishimura explained the gradual approach to reopening, saying that "new cases will undoubtedly rise" after the emergency is lifted.

"We need to continue with the necessary measures to prevent a rebound," he said. He added that if cases surged again, reinstatement of a more limited "quasi emergency" was also an option. 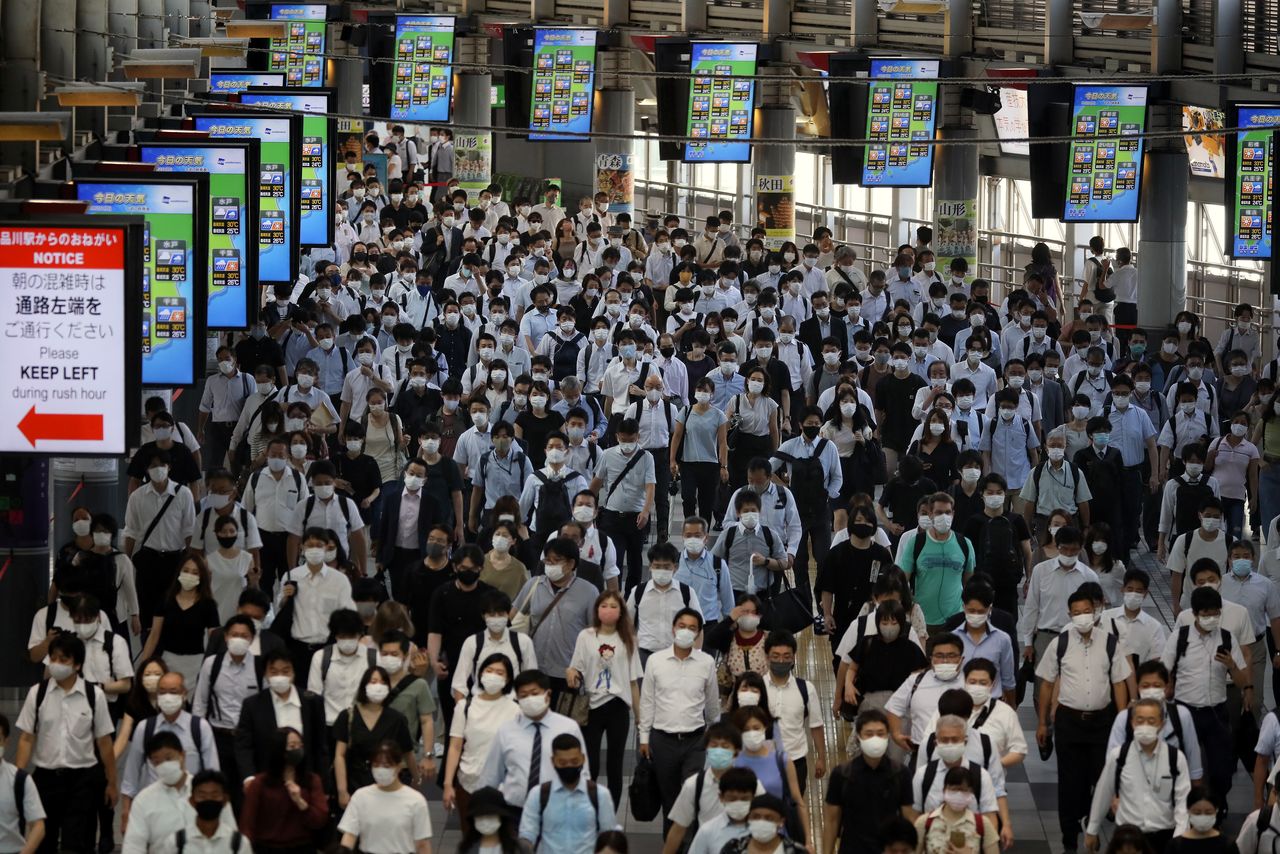