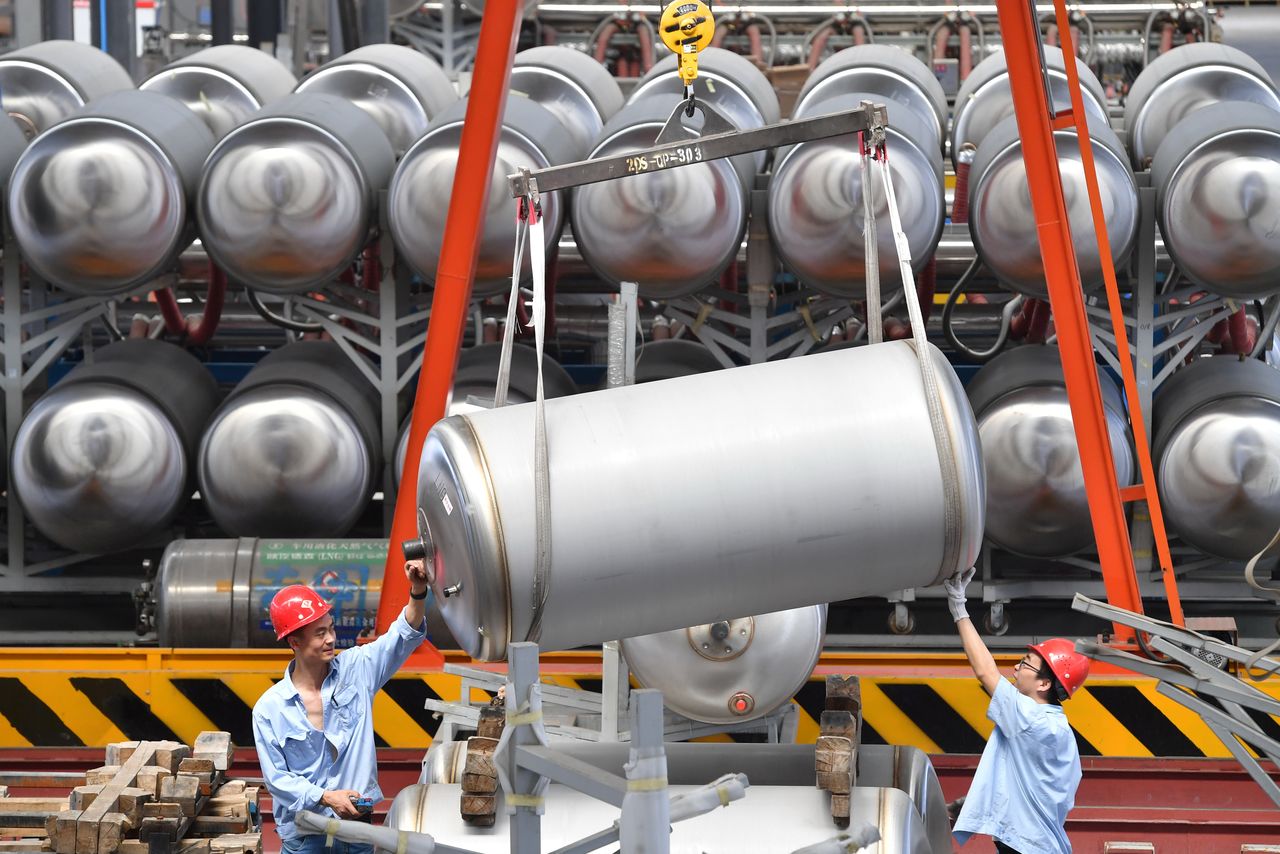 LONDON (Reuters) - The rally in liquefied natural gas (LNG) prices has widened the gap with oil prices and could boost oil demand by 400,000 barrels a day (bpd) on average over the next two quarters, according to research by consultancy Rystad Energy.

The average LNG price for November delivery into Northeast Asia was estimated at about $26.50 to $27 per metric million British thermal units (mmBtu) last week, up around 10% from the previous week. [LNG/]

Post-COVID economic recovery in Asia has pushed up demand and there have been supply issues in some regions.

Rystad said the rally in LNG has widened the economic incentive to switch to oil from natural gas in power generation.

Asia's liquid-burning capacity for power generation has declined over the past 10 years, but is still around 100 gigawatts (GW), mostly in Japan, Taiwan, Indonesia, Bangladesh and Pakistan, the consultancy said.

Asia’s current oil consumption for power generation fluctuates at around 900,000 bpd, which leaves a monthly unused and available oil-burning capacity of more than 550,000 bpd.

As the continent is expected to add 400,000 bpd on average in the next six months, utilization of the oil-burning infrastructure will surge.

"This is a significant increase for Asia, when looking at its current oil-to-power use. From a global oil balance perspective too, this would be a significant shift, and it provides support to the current rally in oil prices," said Claudio Galimberti, senior vice president on Rystad Energy’s oil markets team.

As Asian natural gas prices are currently forecast to go up and stay well above $20 per mmBtu over the coming Northern Hemisphere winter, there is clear upside for oil demand in this region – unless the oil price were to increase even faster and cause the price spread to LNG to narrow, he added.

Oil markets climbed for a sixth day on Tuesday, boosted by a tighter supply and firm demand outlook, but power shortages in China which hit factory output tempered the rally. [O/R]