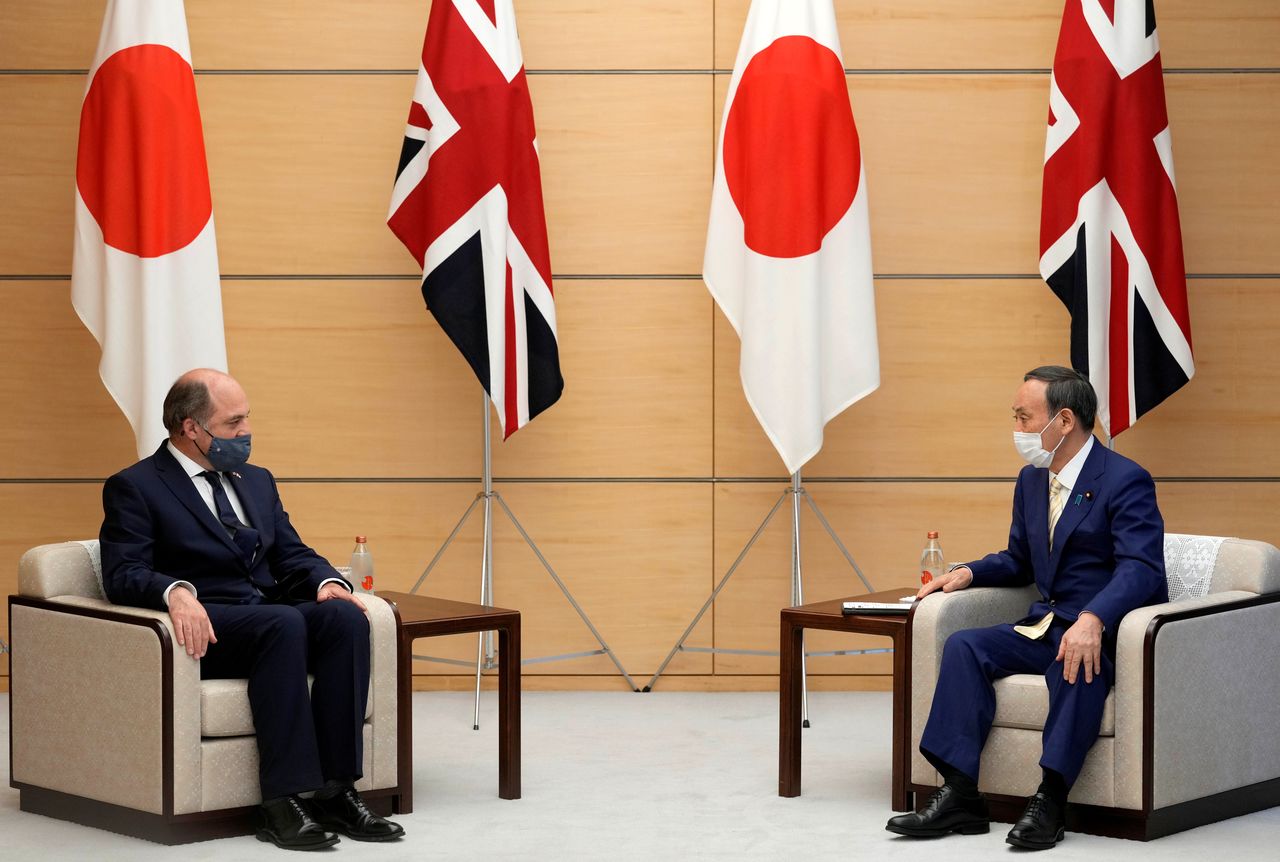 LONDON (Reuters) - Britain said on Tuesday it would begin formal negotiations with Japan to deepen their defence relationship, part of a shift in London's strategic focus towards the Indo-Pacific region that has angered China.

Defence minister Ben Wallace said the talks would seek to create the conditions for a "deeper and more complex defence engagement programme" as well as the terms for British and Japanese personnel undertaking activity in each other's countries.

Last week Britain joined the United States and Australia in a new Indo-Pacific security alliance that will provide Australia with the technology and capability to deploy nuclear-powered submarines, a move which has been denounced by China.

Beijing's ambassador to London said earlier on Tuesday that foreign attempts to contain China would always fail and major powers should avoid what Beijing views as colonial thinking that could lead to a confrontation.

Britain's defence ministry said the talks with Japan would send a clear signal about the determination of the two countries to support the rules-based international order.

Prime Minister Boris Johnson is seeking to develop his vision of a "Global Britain" following the country's exit from the European Union.

A British frigate sailed through the sensitive Taiwan Strait on Monday en route to Vietnam.