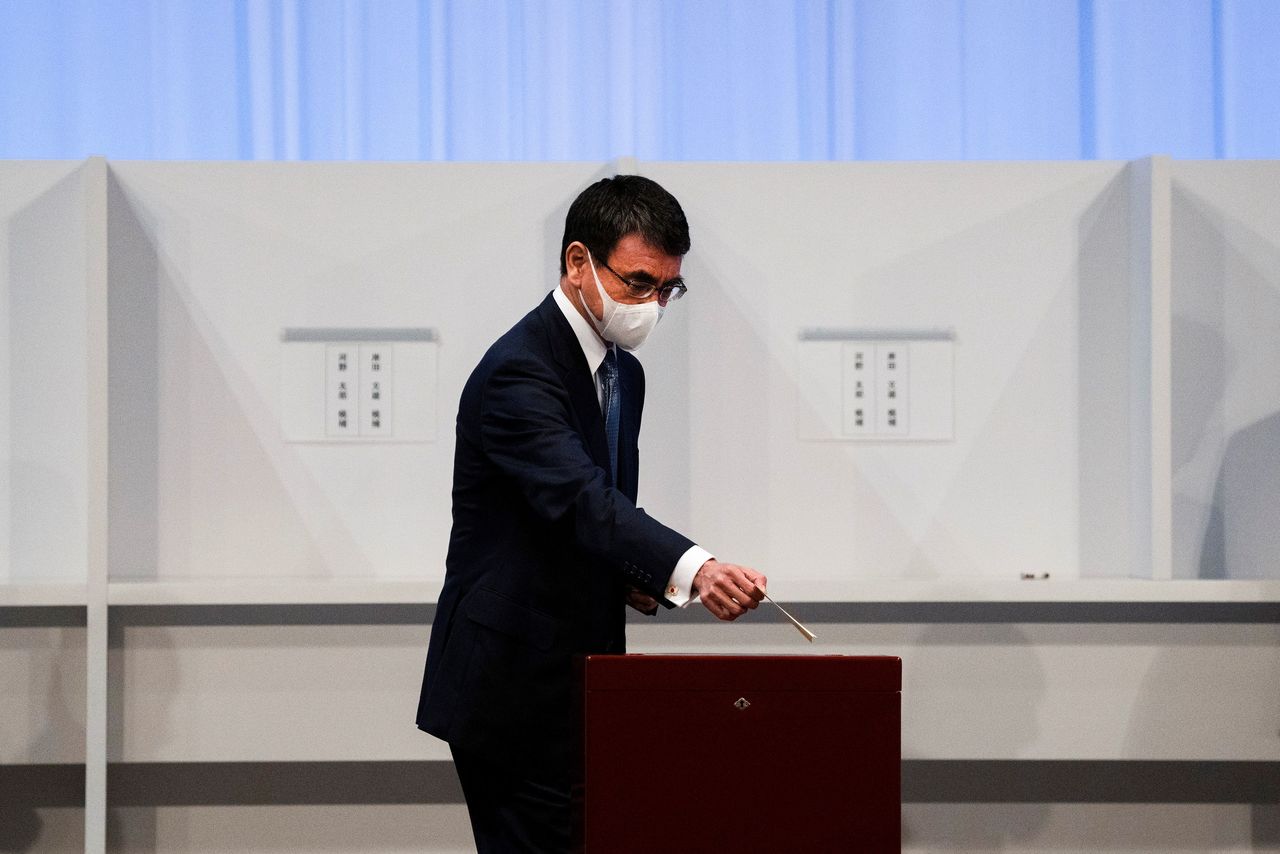 TOKYO (Reuters) - Former defence minister Taro Kono will get 39 out of 47 votes allocated to local party chapters in the runoff in a ruling Liberal Democratic Party leadership vote on Wednesday, according to projections by public broadcaster NHK.

His rival Fumio Kishida was projected to get the remaining 8 votes. A total of 429 votes are being cast in the run-off, of which 382 lawmakers and 47 local party chapters are allocated a ballot each.