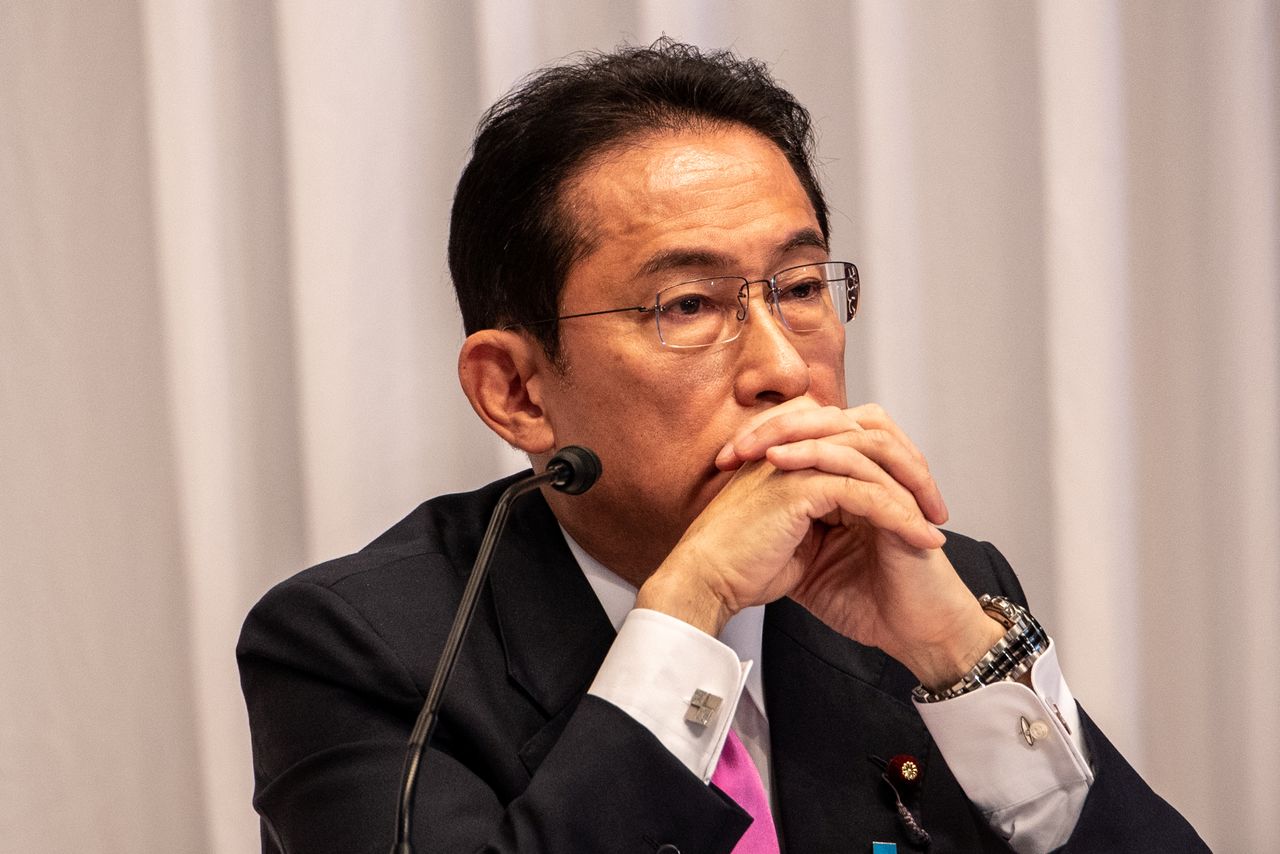 TOKYO (Reuters) -Japan's struggle to emerge from the pandemic-induced doldrums will leave next prime minister Fumio Kishida with little choice but to maintain massive fiscal and monetary support for a fragile economy.

But Kishida may gradually shake off the legacies of former premier Shinzo Abe's "Abenomics" stimulus policies if he strengthens his grip on power by winning a general election expected in November, some analysts say.

Having won a ruling Liberal Democratic Party (LDP) leadership race on Wednesday with support from various factions, Kishida is unlikely to rock the boat by overhauling the current pro-business, reflationary policies undertaken by Abe and his successor Yoshihide Suga any time soon.

"We must compile by year-end a stimulus package sized at several tens of trillion yen," Kishida said in a speech after the party vote, signalling that Japan will lag other advanced nations in dialling back crisis-mode policies.

Wednesday's victory assures Kishida will be voted in as the next prime minister in a Diet session to be convened next week, given the party's majority in the lower house.

Over the long-term, however, Kishida could bring change particularly if he secures a strong mandate by winning a lower house vote this year and an upper house election next year.

Kishida has already distanced himself from Abenomics by calling for more focus on distributing wealth to households.

Under Abenomics - a strategy deployed by Abe in 2013 seeking to boost growth and inflation with a mix of expansionary fiscal and monetary policies - share prices and corporate profits boomed. But household wealth shrank as companies have been reluctant to boost wages.

"We can't achieve strong growth if wealth is concentrated in the hands of a small group of people," Kishida told a news conference, calling for the need to create a "virtuous cycle" of growth and wealth distribution.

"We need to narrow the income gap between big and small firms, high- and mid- to low-income households, as well as big cities and regional areas," he said.

Among ways to fix the wealth gap would be through tax reforms, as well as housing and education aid to mid-income households, Kishida said.

While Kishida has called on the BOJ to keep its policy ultra-loose for now as the economy tries to recover from the pandemic, he said in 2018 monetary easing "cannot last forever" given the rising side-effects of prolonged stimulus.

Kishida's awareness of the demerits of radical easing could mean he will rely less on monetary stimulus to drive up growth, said Izuru Kato, chief economist at Totan Research.

"As prime minister, Kishida won't want any abrupt reversal of monetary easing. But he also won't put explicit pressure on the BOJ to ramp up stimulus," Kato said.

Kishida could also yield strong influence on how quickly the central bank withdraws stimulus, if he stays in power long enough to choose a successor when BOJ Governor Haruhiko Kuroda's term ends in 2023.

"If so, the government and the BOJ may face the need to lay out their views on an exit strategy from ultra-loose monetary policy," he said.