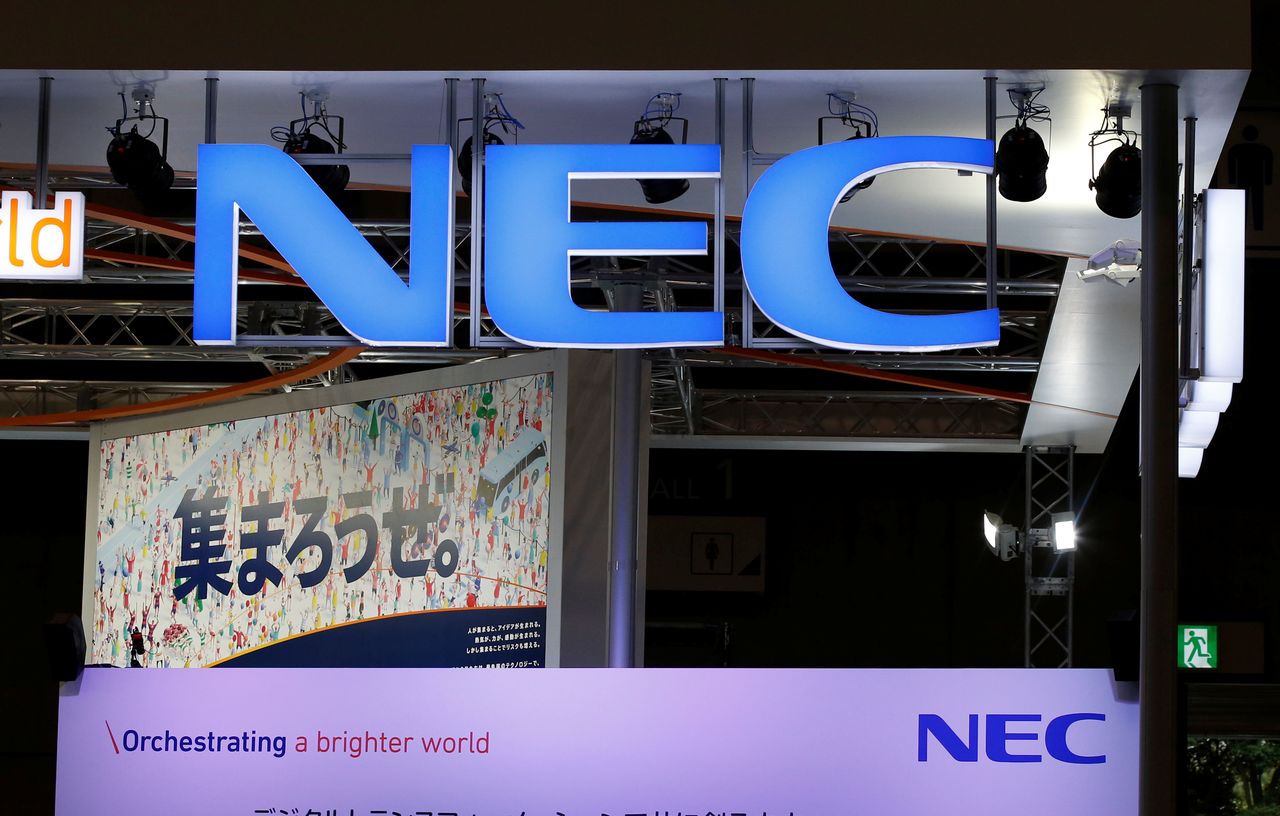 FILE PHOTO: A logo of NEC Corp is pictured at the CEATEC JAPAN 2017 (Combined Exhibition of Advanced Technologies) at the Makuhari Messe in Chiba, Japan, October 2, 2017. REUTERS/Toru Hanai

LUXEMBOURG (Reuters) - NEC Corp and four other Japanese capacity makers on Wednesday lost their court challenge against a 254 million euro ($298 million) EU fine for taking part in a cartel for more than a decade.

They said the cartel took place between 1998 and 2012 and that while meetings between the participants took place in Japan, the operation was on a global scale.

The companies can appeal to the EU Court of Justice, Europe's highest.

Sanyo Electric Co and Panasonic Corp avoided a fine as they had alerted the EU competition enforcer to the cartel.