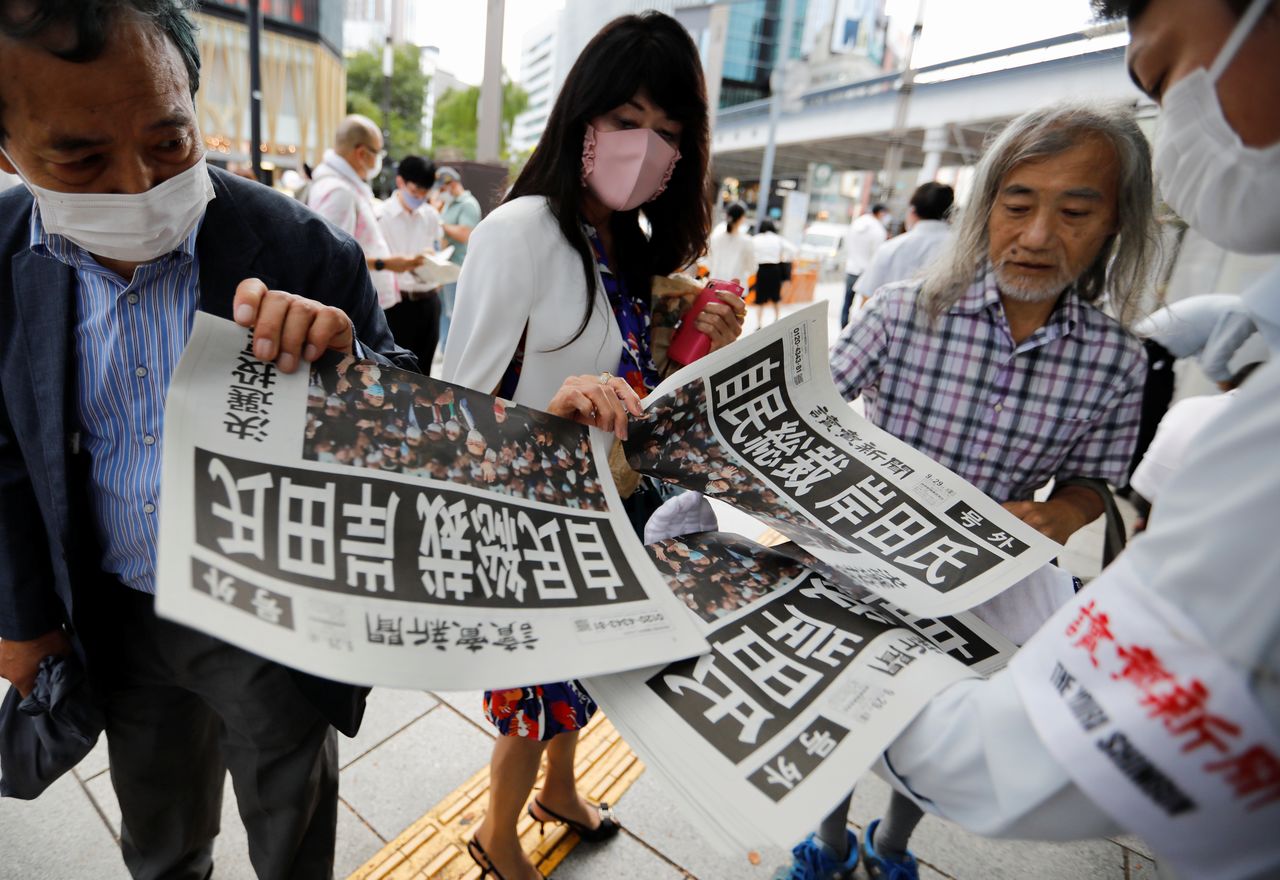 TOKYO (Reuters) - The secretaries handing out ballots as Japan's ruling party chose the next prime minister on Wednesday were all women. The power brokers and lawmakers doing the voting were overwhelmingly men.

For the first time ever, two women stood in the race to become leader of the ruling Liberal Democratic Party, whose parliamentary dominance means the winner will become the new premier.

The obstacles before them - and all Japanese women - were on display as rows of mostly dark-suited men in the LDP party gathered to vote for their next leader.

The winner, Fumio Kishida, has spoken about diversity, but few are optimistic about imminent, significant change in a nation where just under 10% of members of parliament are women and 8.1% of company presidents are female.

"It's not that there aren't potential leaders, but just from looking at the voting it was very clear that those who vote and choose are LDP lawmakers ....and when you look at the number of women in parliament, it's still very low."

In 2020, Japan fell in a global ranking of gender parity in a World Economic Forum report, ranking 121 out of 153 nations last year compared to 101 in 2012 when Shinzo Abe won the prime minister job for a second time.

As recently as 2018, a internal investigation found a major medical school in the country had been cutting women's entrance-exam scores for years.

From the start, the two women in the party leadership race - Sanae Takaichi and Seiko Noda - were seen as longshots despite having cabinet experience and decades-long political careers.

Out of the two, the ultra-conservative Takaichi gained more popularity. That was partly due to Abe's backing but also thanks to support for her conservative views, such as opposing separate surnames for married couples and supporting males-only succession for the Imperial family.

Though Abe touted "womenomics" and vowed to make Japan a nation where "women can shine," his government was forced to delay its target of raising the percentage of women in leadership posts to 30 percent by a decade to 2030 from 2020. Women make up fewer than 10 percent of managers at most Japanese companies.

"The (LDP) is itself very much lagging behind in promoting gender equality in the party, and the kind of women who are in more leadership positions tend to be, of course, very conservative also and not necessarily feminists," said Koichi Nakano, a Sophia University political science professor.

"They're all extolling gender equality, but it all seems to just be a show this time," said 60-year-old Yuko Sakamoto.