Olympics-Beijing Games to allow spectators only from mainland China 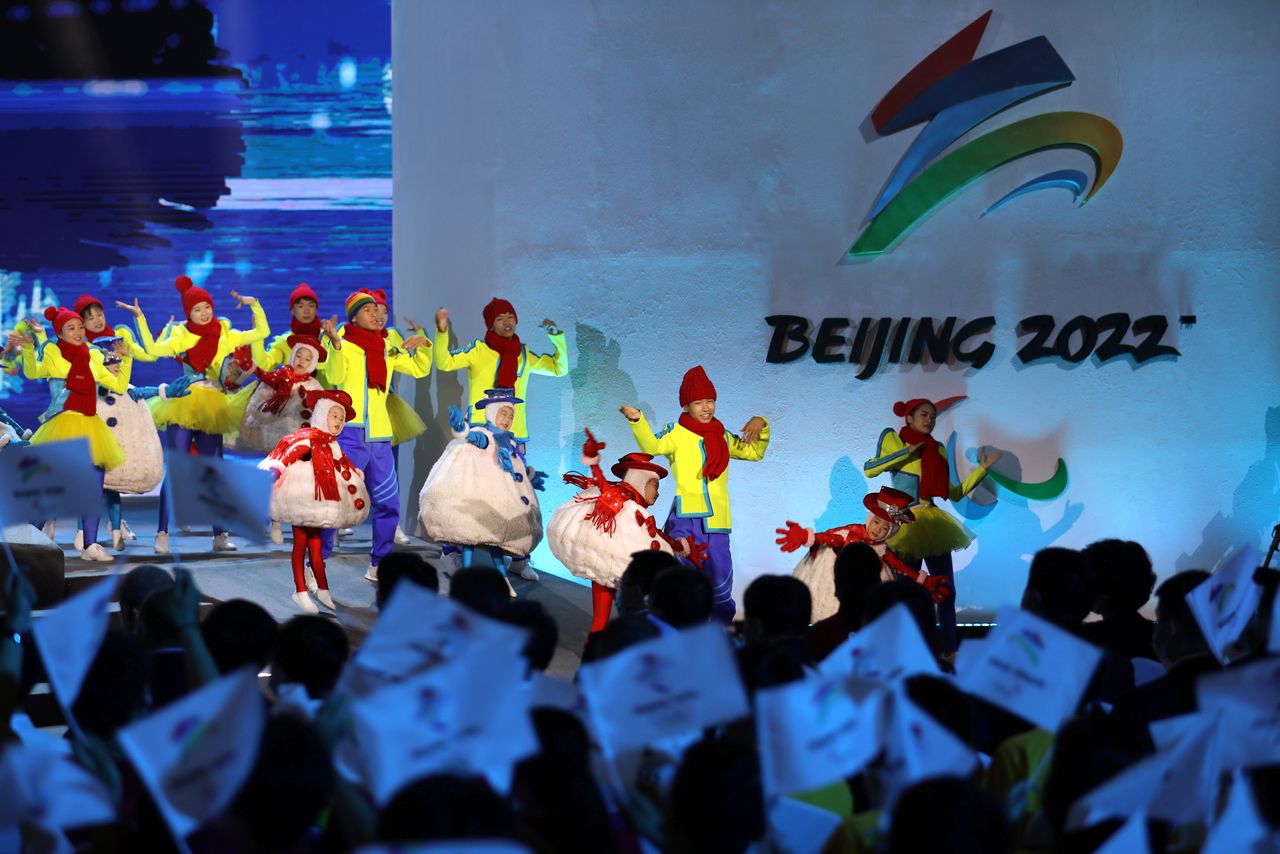 FILE PHOTO-Performers dance near an emblem of the Beijing Paralympic Winter Games, at a ceremony unveiling the slogan in Beijing, China September 17, 2021. REUTERS/Tingshu Wang

BERLIN (Reuters) -Tickets for the Beijing 2022 winter Olympics will be sold to spectators from mainland China only, while unvaccinated athletes must spend 21 days in quarantine ahead of the Games, the International Olympic Committee said on Wednesday.

Organisers of the Beijing Games have informed the IOC's Executive Board 2022 of the principles to deliver "safe and successful Olympic and Paralympic Winter Games as scheduled," the committee said.

The Beijing Games start on Feb. 4 and the Chinese capital will become the first to have hosted both summer and winter editions after also staging the Beijing 2008 summer Games.

While acknowledging disappointment among international fans who will not be able to attend, the IOC welcomed the decision to have Chinese spectators after the Tokyo 2020 summer Olympics in July were held with empty stadiums due to COVID-19 precautions.

"This will facilitate the growth of winter sports in China ... as well as bringing a favourable atmosphere to the venues," the IOC said.

It is also good news for broadcasting rights holders as well as sponsors, following the coverage of the Tokyo Games with the empty stands in the background.

The IOC said among the Beijing safety principles were that all fully vaccinated participants would enter what it called a "closed-loop management system" immediately upon their arrival, within which they will move freely.

They will not need to quarantine and this system will cover all Games-related areas and stadiums as well as accommodation, catering and the opening and closing ceremonies, served by a dedicated transport system.

All domestic and international participants as well as the workforce in the system will be tested daily, the IOC said.

Participants who are not fully vaccinated must spend 21 days in quarantine when arriving in the Chinese capital. The Games themselves last 16 days in total.

"Athletes who can provide a justified medical exemption will have their cases considered," the IOC said in a statement.

More details on the organisers' plans will be included in the Beijing Games playbooks to be issued in October and December.

Vaccination is not mandatory for the Beijing Games but some national Olympic committees, including that of the United States, are requiring all team members for Beijing to be vaccinated.

China on Wednesday said 1.05 billion people were fully vaccinated as of Tuesday.