Soccer-Olympic champions Canada to kick off 'Celebration Tour' in October 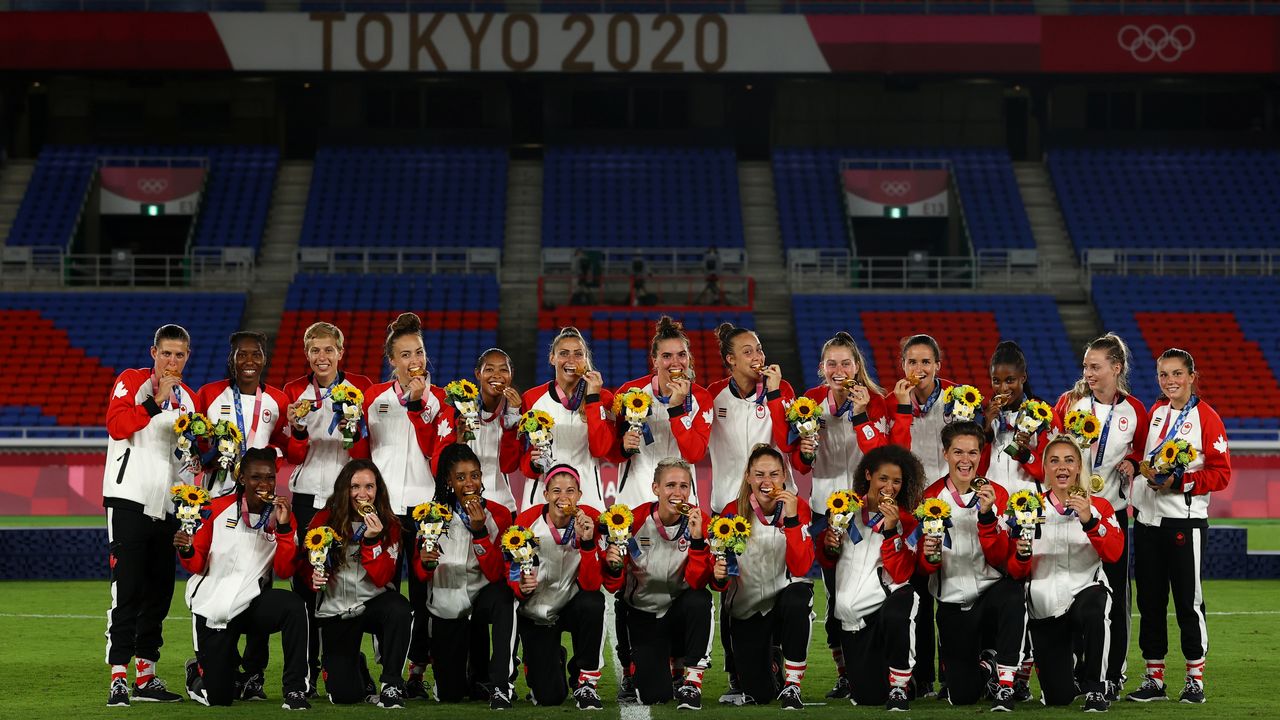 The matches, which will be held during the FIFA international window and mark the start of Canada's journey to the World Cup in Australia and New Zealand, will be held on Oct. 23 in Ottawa and Oct. 26 in Montreal.

"We can't wait to be able to celebrate, connect and play in front of our fans who cheered us on from afar in that special moment when we won Olympic gold in Tokyo," Canada head coach Bev Priestman said in a news release.

"Since coming home, we have truly felt the love of the nation, so to collectively feel that sea of Canada Red will only spur us onto new heights in the next chapter of our story."

The two teams faced each other at the last two World Cups, where they played to a scoreless draw in 2015 in Edmonton before Canada won 2-0 in France in 2019.

Canada won their first Olympic gold medal in women's soccer when they beat Sweden 3-2 on penalties in Tokyo after the final ended 1-1 following extra time.