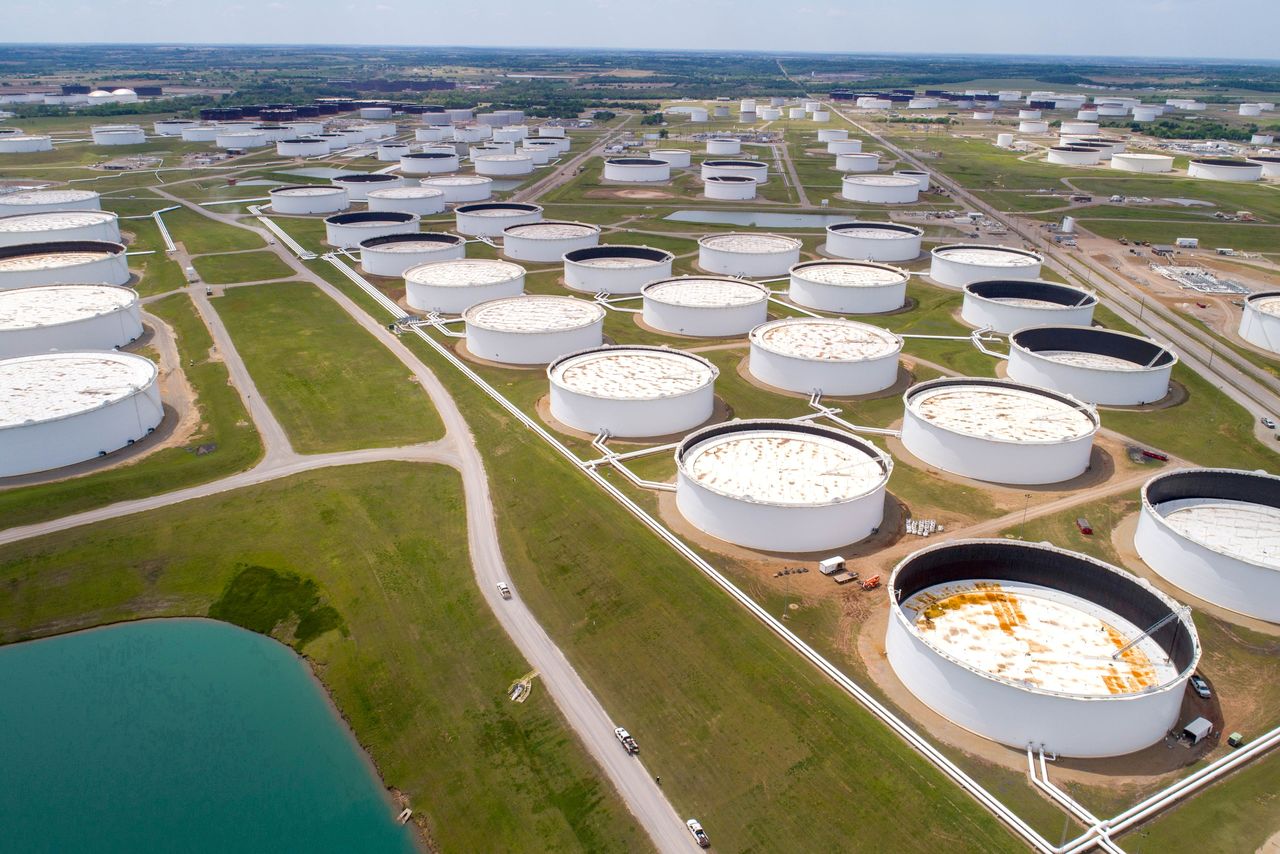 NEW YORK (Reuters) -Oil futures were little changed on Thursday as reports China was prepared to buy more oil and other energy supplies to meet growing demand offset price pressure from an unexpected rise in U.S. crude inventories and a strong dollar.

Earlier in the day prices at both benchmarks dropped over $1 a barrel.

Brent futures for December, which will soon be the front-month, were up 0.3% to $78.31 a barrel. New York Harbor Ultra Low Sulfur Diesel (ULSD) futures, meanwhile, closed at their highest since October 2018 for a second day in a row.

China Premier Li Keqiang said the world's biggest crude importer and No.2 consumer will ensure its energy, power supply and will keep economic operations within a reasonable range.

"If China is happily paying any price for energy, this could intensify the energy crunch in Europe," said Edward Moya, senior market analyst at OANDA.

British petrol stations are still seeing unprecedented demand with more than a quarter of pumps still dry as the fuel crisis cut road traffic volumes to the lowest level since the COVID-19 lockdowns ended two months ago.

A possible dampener on oil prices has been the power crisis and housing market concerns in China, which have hit sentiment because any fallout for the world's second-biggest economy is likely to affect oil demand, analysts have said.

China's factory activity unexpectedly shrank in September due to wider curbs on electricity use and elevated input prices.

Last week's rise in U.S. inventories came as production in the Gulf Coast returned close to levels reached before Hurricane Ida struck about a month ago.

In another bearish development, the U.S. dollar hit a new one-year earlier in the day, making oil more expensive for holders of other currencies. [USD/]

The Organization of the Petroleum Exporting Countries (OPEC) and allies including Russia, a group known as OPEC+, are next week expected to hold to a pact to add 400,000 barrels per day to their output for November.

"Rystad Energy expects the group to take a wait-and-see approach, not least because the group has yet to demonstrate its ability to ramp up oil supply quickly," said Louise Dickson, senior oil markets analyst at Rystad Energy.

(Additional reporting by Shadia Nasralla in London and Aaron Sheldrick in Tokyo; Editing by Marguerita Choy and David Evans)