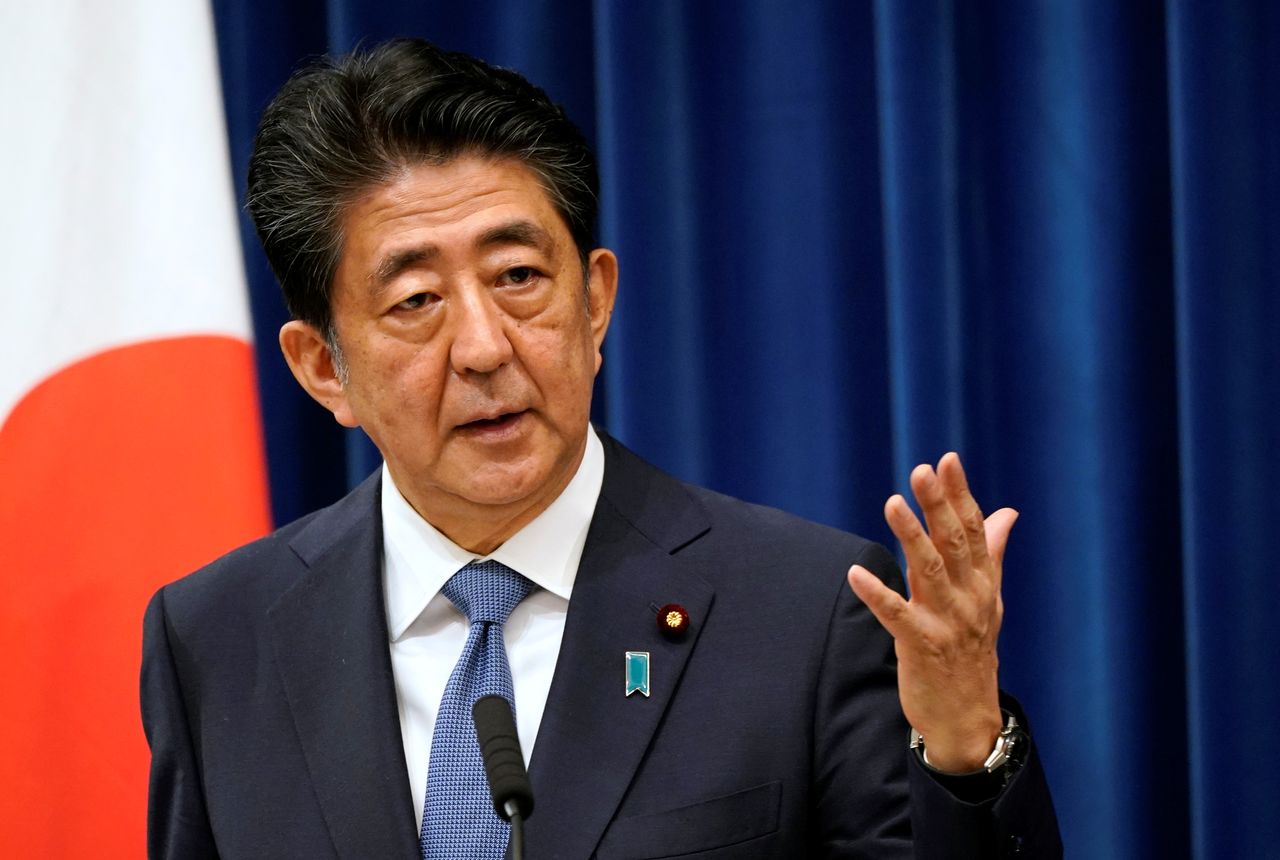 TOKYO (Reuters) -Japan's former premier Shinzo Abe wasn't running in this week's ruling party poll to pick the country's next leader but the victory of his one-time foreign minister, Fumio Kishida, means Abe and his conservative base are the winners, their policy clout assured.

Abe's muscular defence policies and stern stance toward an assertive Beijing, while leaving the door open to dialogue given vital economic ties with China, will be a foundation of Japan's diplomacy and security policies under Kishida, analysts say.

"The priority will be to strengthen ties with America and bolster Japan's own defence capabilities," said Tsuneo Watanabe, a senior fellow at the Sasakawa Peace Foundation.

"But in that process, they will want to limit the economic damage as much as possible."

However, Suga himself then had to bow out this month after his voter ratings tanked over his handling of the COVID-19 pandemic, triggering rare political uncertainty in a four-way ruling party race.

Abe did not overtly back Kishida at the start of the Liberal Democratic Party (LDP) leadership race, but endorsed his ultra-conservative protege Sanae Takaichi, who was aiming to become Japan's first female premier.

After Takaichi's surprisingly strong showing in a first round vote, her lawmaker supporters backed Kishida in a runoff against popular vaccine minister Taro Kono, seen as soft on China by right-wing critics and unpredictable by party bosses.

Kishida, 64, a consensus-style politician with a bland image, became LDP president on Wednesday, virtually ensuring he succeeds Suga as prime minister because of the party's grip on parliament.

"Takaichi running and Abe going full-throttle behind her - that was the thing that changed the race," said Tobias Harris, senior fellow at the Center for American Progress.

Kishida is likely to take Abe's wishes into account in a reshuffle of cabinet ministers and key party posts, and how far that goes will be closely watched, say analysts.

"That means one less important voice in favour of getting along (with China)," Harris said of Nikai's likely exit.

Hirokazu Matsuno, a conservative lawmaker who was education minister under Abe, is likely to become chief cabinet secretary in the new cabinet, public broadcaster NHK reported, while the Asahi newspaper said Koichi Hagiuda, another Abe ally, is in line for the post.

TACKING TO THE RIGHT

Kishida, who is from a traditionally dovish LDP faction, had already tacked to the right during the LDP campaign, reflecting an ongoing shift in the LDP as well as the likelihood he would need Abe's help to win.

Kishida said acquiring the ability to strike enemy bases, a controversial step backed by Abe, was a viable option and that he would appoint an aide to monitor China's treatment of its Uyghur minority. China denies accusations of abuse.

In a media interview, he also called Taiwan - considered a renegade province by China - the "front line" in a struggle by democracies to resist authoritarianism's advance.

He is also expected to maintain engagement with the QUAD grouping of the United States, Australia, India and Japan, which Beijing sees as an effort to contain its rise.

"Abe will try to pull Kishida more to the right and have limited success," said Gerry Curtis, Columbia University professor emeritus. "What that means is more forceful security policies and taking a fairly strong line on issues like Taiwan, but no big change."

But on the hotbutton issue of visits to Yasukuni Shrine for war dead, seen by Beijing and Seoul as a symbol of Japan's past militarism, Kishida was vague. Abe visited the shrine once as premier in 2013, angering China and South Korea and upsetting Washington as well.

"He (Kono) wanted to become prime minister and he will, but it was by being loyal to Abe and (Finance Minister Taro) Aso," a party heavyweight and Abe ally, said Sophia University professor Koichi Nakano, adding Kishida will have to accommodate their views.

But Kishida's first big challenge will be a general election that must be held by Nov. 28. An expected bounce in public support will likely mean the LDP avoids its worst-case scenario of a drubbing by voters fed-up with Suga.