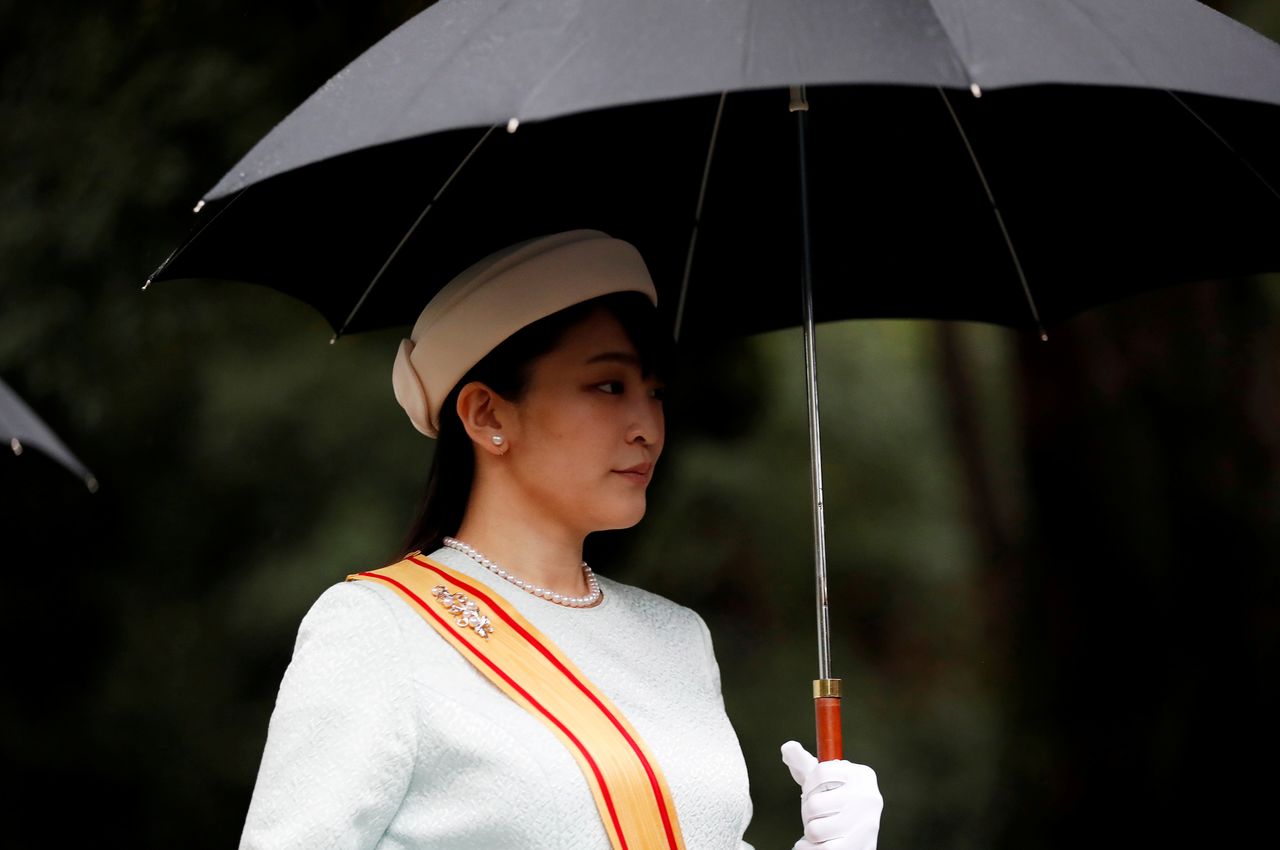 FILE PHOTO: Japan's Princess Mako arrives at the ceremony site where Emperor Naruhito will report the conduct of the enthronement ceremony at the Imperial Sanctuary inside the Imperial Palace in Tokyo, Japan October 22, 2019. REUTERS/Kim Hong-ji/File Photo

Details have not yet been confirmed, but the couple will opt out of a one-off payment of a million dollars to which the princess is entitled upon giving up her royal status, broadcaster NHK has said.

The engagement of the 29-year-old grand-daughter of then Emperor Akihito and former classmate Kei Komuro was announced in 2017. But the marriage was put off after reports of a financial dispute between Komuro's mother and her former fiance.

The couple will register their marriage at a local government office, with records of the imperial family adjusted to reflect that Princess Mako has left it, the report added.

The IHA, which has not made an official announcement on the marriage or on the one-off payment, has no comment, an agency spokesperson told Reuters on Thursday.

The fiancé, who is enrolled in a New York law school, flew into Tokyo on Monday for the first time in three years, wearing long hair tied in a pony tail, a style that stirred comment on mid-day television shows and from tabloids.

The controversy over the marriage plan started when a tabloid reported claims by a former fiance of Komuro's mother that the mother and son had failed to repay a debt of about 35,000 dollars.

Komuro has said his mother's former fiancé provided the money as a gift, not a loan.

The IHA postponed multiple engagement ceremonies following the scandal and has made no plans since to hold them.

The issue gained momentum after the tabloid coverage grew into a national concern that spilled into broadsheet newspapers, said Akinori Takamori, an expert on the imperial family who is a lecturer at Kokugakuin University in the capital.

It swelled further when members of the imperial family felt impelled to speak out and secure public understanding.

"Even the most minuscule details – like his hair – became fodder for day-time television," Takamori said, adding that he felt the extent of media coverage of Komuro's family life could even amount to "a human rights violation".

A recent poll by the daily Mainichi showed 38% of respondents supported the marriage, while 35% opposed it, and 26% expressed no interest.

"It's not desirable to have the people split over this matter when the imperial family should be a symbol of unity for the country," Takamori said.