Investors see Japan's Kishida as market-friendly but reforms in question 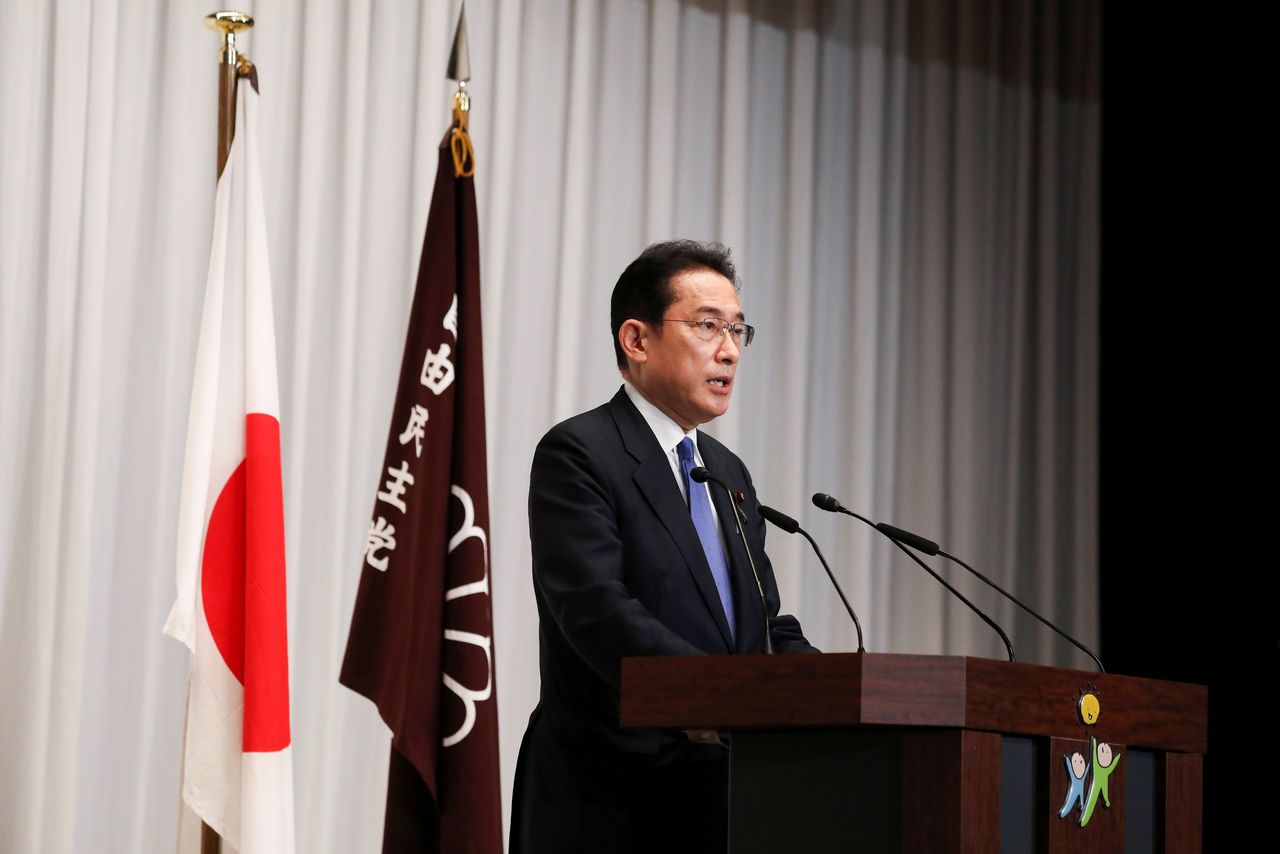 FILE PHOTO: Former Japanese Foreign Minister Fumio Kishida speaks during a press conference at the Liberal Democratic Party (LPD) headquarters after he was elected as the party president in Tokyo, Japan September 29, 2021. Du Xiaoyi/Pool via REUTERS

By Hideyuki Sano and Divya Chowdhury

TOKYO/MUMBAI (Reuters) - Investors see Japan's new leader, Fumio Kishida, as a steady consensus-builder who can lead the ruling Liberal Democratic Party and its coalition partner to victory in a general election due in November.

But while Japanese equities are expected to benefit from Kishida's market-friendly image, fewer political uncertainties and an improving economy, investors are unsure if he can push ahead with the tough measures necessary to boost economic health.

Kishida, 64, due to become prime minister next week, inherits an economy that is picking up steam thanks to falling coronavirus cases, increasing vaccinations and an improving earnings outlook.

David Chao, global market strategist at Invesco, expected consumption and domestic spending in Japan to pick up, overtaking the United States, UK and Europe, supported by fiscal and monetary stimulus.

"The reflation trade for Japanese equities is just starting and I continue to be bullish on Japanese risk assets," Chao told the Reuters Global Markets Forum (GMF).

Japanese shares have risen 1.6% in September, outperforming an over 3% fall in the United States and Europe.

Both Chao and Vail expected Kishida to continue the political, economic and monetary policies undertaken by his predecessors Shinzo Abe and Yoshihide Suga.

"Kishida can been seen as a safe pair of hands, particularly on the diplomatic front," said George Boubouras, head of research at K2 Asset Management in Melbourne.

Vail, however, said Japan won't need any immediate stimulus beyond the 30 trillion yen ($270 billion) package already proposed by Kishida, as the economy will begin to do "very well" in the fourth quarter.

Kishida held key posts under Abe, who retains a lot of influence in the ruling party, but his reserved style has also raised questions about whether he can push through reforms to boost competitiveness.

"Markets probably view the outcome as a decision by the LDP to avoid changes. If you put it nicely, Kishida represents stability. But if you put it badly, the ship will continue sinking slowly and that won't change," said an investment manager at a major Japanese insurance firm.

Abe's promise almost a decade ago to carry out structural reforms energised investors, but many think he fell short when it came to delivering results.

"If Kishida can project an inclination toward structural reform, that would likely be appreciated by offshore investors and result in flows into Japan's stock market," said Yunosuke Ikeda, chief equity strategist at Nomura Securities.

In the near term, there are unlikely to be big policy initiatives as an election for the lower house must be held by Nov. 28.

Having to deal with an election campaign immediately means "it will be hard to talk about any painful reforms," said Shinichi Ichikawa, senior fellow at Pictet Asset Management.

"I don't think investors will build large positions ahead of the election without knowing what kind of policies will be implemented."