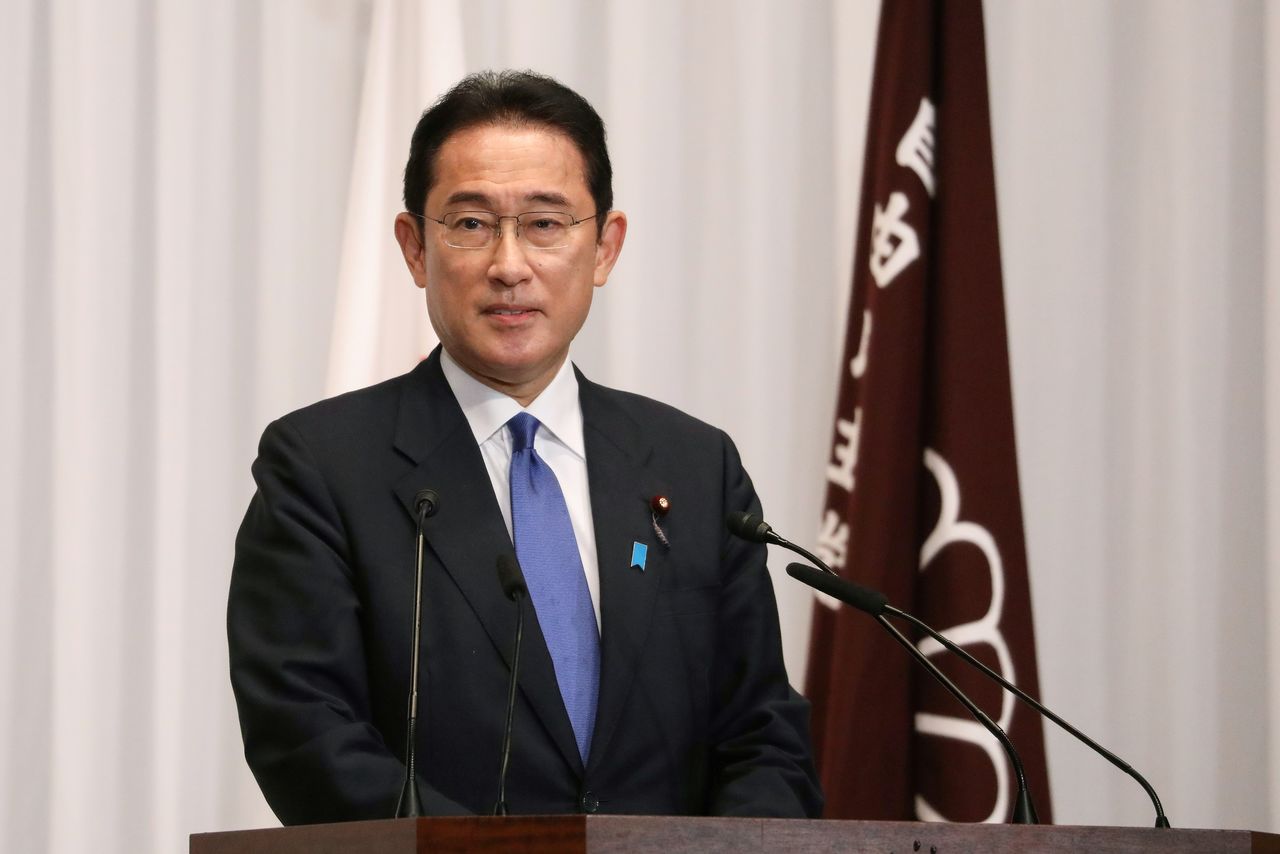 TOKYO (Reuters) - Japan's next Prime Minister Fumio Kishida may have little choice but to sell more government bonds to fund his pandemic-relief package worth hundreds of billions of dollars, even if it scrapes together money left over from previous stimulus programmes.

A former foreign minister known as a proponent of fiscal reform, Kishida won the ruling party's leadership race on Wednesday, assuring him of being chosen as prime minister next week due to the party's majority in parliament.

Keen to give the pandemic-hit economy a quick boost, Kishida pledged to compile a stimulus package worth several tens of trillion yen - at one point flagging a size of around 30 trillion yen ($270 billion).

Some of the package could be funded by shifting nearly 20 trillion yen left over from past stimulus programmes, though that alone likely won't be enough, analysts say.

That would add to a record 221 trillion yen in bonds scheduled to be issued in the current fiscal year to March 2022, straining Japan's already tattered finances and casting doubt on Kishida's image as a fiscal conservative who has long called for the need to reign in the country's massive public debt.

Mindful of the need to lure votes in a general election later this year, Kishida has also called for distributing more wealth to low and middle-income households via payouts.

But he is short on details on how to fund the steps. Kishida has ruled out raising Japan's sales tax for about a decade.

While he proposed raising the financial income tax rate, a hike to 30% from the current 20% only increases tax revenues by around 400 billion yen, according to private estimates.

The finance ministry, in charge of crafting debt issuance plans and the state budget, is bracing for the possibility of having to issue more bonds to fund Kishida's spending wish-list.

While much will depend on the size of the relief package, actual spending to meet immediate needs to help pandemic-hit households and firms could be around 5-6 trillion yen, a senior government source told Reuters.

The remainder could consist of non-spending items such as loan programmes, government credit guarantees and a pool of funds that can be tapped for several years.

"Extra spending would be funded by additional bond issuance," the government source said on condition of anonymity due to the sensitivity of the matter.

"It's possible to issue more bonds" without triggering a spike in yields thanks to the Bank of Japan's ultra-easy monetary policy, he said.

The bond market, too, remains sanguine over the risk of a spike in bond yields due to the presence of the BOJ, which has pledged to cap long-term borrowing costs at zero under its yield curve control (YCC) policy.

BOJ Governor Haruhiko Kuroda said on Thursday a combination of big fiscal spending and ultra-low interest rates has resulted in a "positive synergy" for the economy.

"Whatever fiscal, regulatory or any other policies the new government pursues, the BOJ will continue to maintain extremely accommodative monetary policy in order to achieve its 2% price stability target as soon as possible," he said.