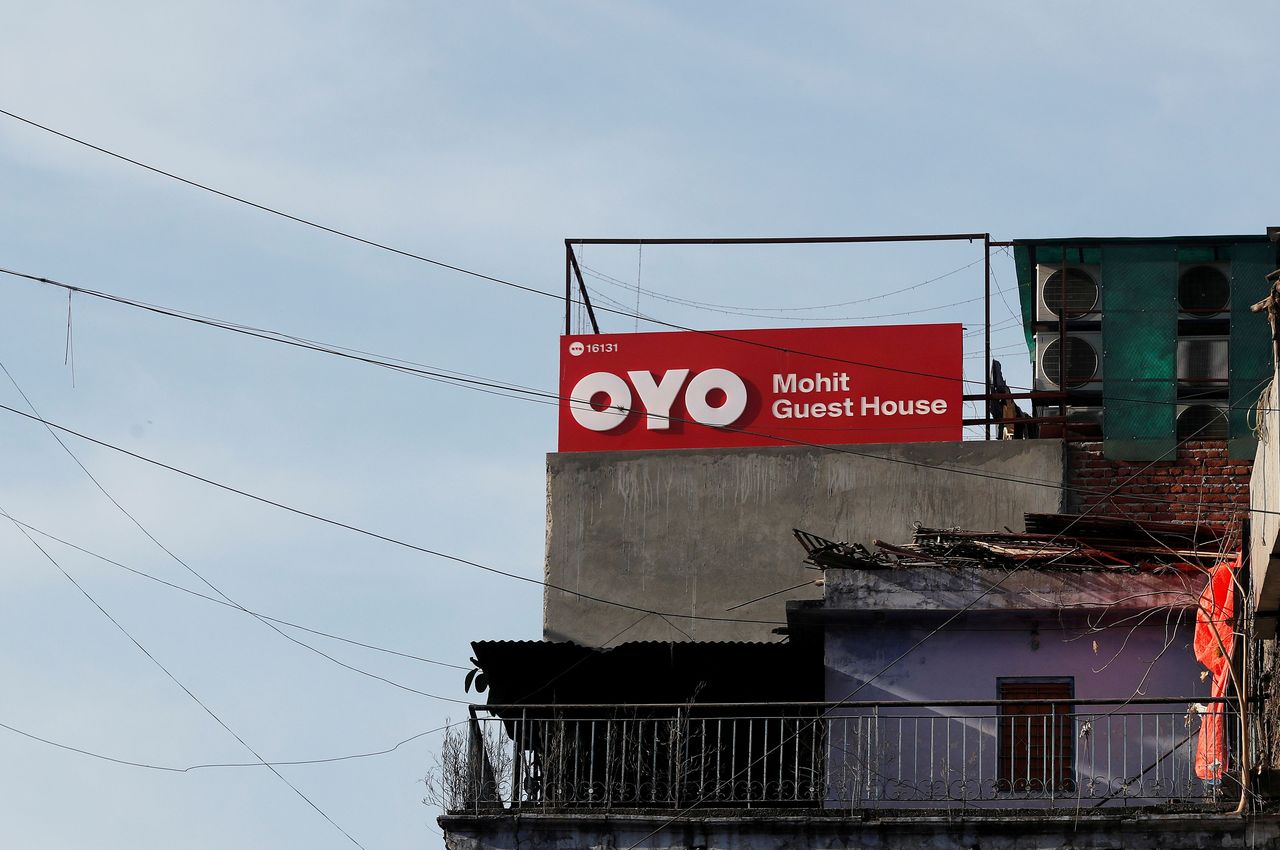 By Chandini Monnappa and Vishwadha Chander

BENGALURU (Reuters) -SoftBank-backed Indian hotel aggregator Oyo Hotels is seeking a valuation of $10 billion to $12 billion, a source close to the matter told Reuters, as it filed for a local listing that could be the first for a hospitality firm since 2019.

The aggregator, which Japanese conglomerate SoftBank counts among its biggest bets, had hinted at an initial public offering (IPO) in 2019 shortly before the pandemic battered the travel industry.

The IPO comes as travel restrictions are being eased worldwide and the tourism sector sees a rebound, with stuck-at-home people heading out on vacations.

The offering will consist of a fresh issue of shares of up to 70 billion rupees ($942.8 million) and an offer for sale of as much as 14.30 billion rupees, according to a copy of its draft red herring prospectus dated Sept. 30.

The hotel-booking startup, officially known as Oravel Stays, said in the IPO document that it incurred net losses every year since incorporation, and that its ability to achieve profitability may be delayed due to the economic fallout from the pandemic.

Oyo's offer for sale comprises equity shares aggregating up to 13.29 billion rupees by SVF India Holdings, a firm incorporated in Cayman Islands to hold the investments on behalf of SoftBank Vision Fund L.P.

Oyo, launched in 2013 by Ritesh Agarwal, is the latest among a clutch of tech-focussed companies to tap a booming Indian IPO market, which has seen about 30 firms seeking a market listing this year including food delivery player Zomato, Ant Group-backed Paytm and TPG-backed e-commerce beauty firm Nykaa.

The offering comes at a time when Oyo is facing a legal tussle with rival Zostel over a deal between the two Indian hospitality startups that fell apart six years ago.

JPMorgan, Kotak Mahindra Capital and Citi are among the lead book-running managers for the IPO.

(Reporting by Chandini Monnappa and Vishwadha Chander in Bengaluru; Editing by Sherry Jacob-Phillips and Sriraj Kalluvila)