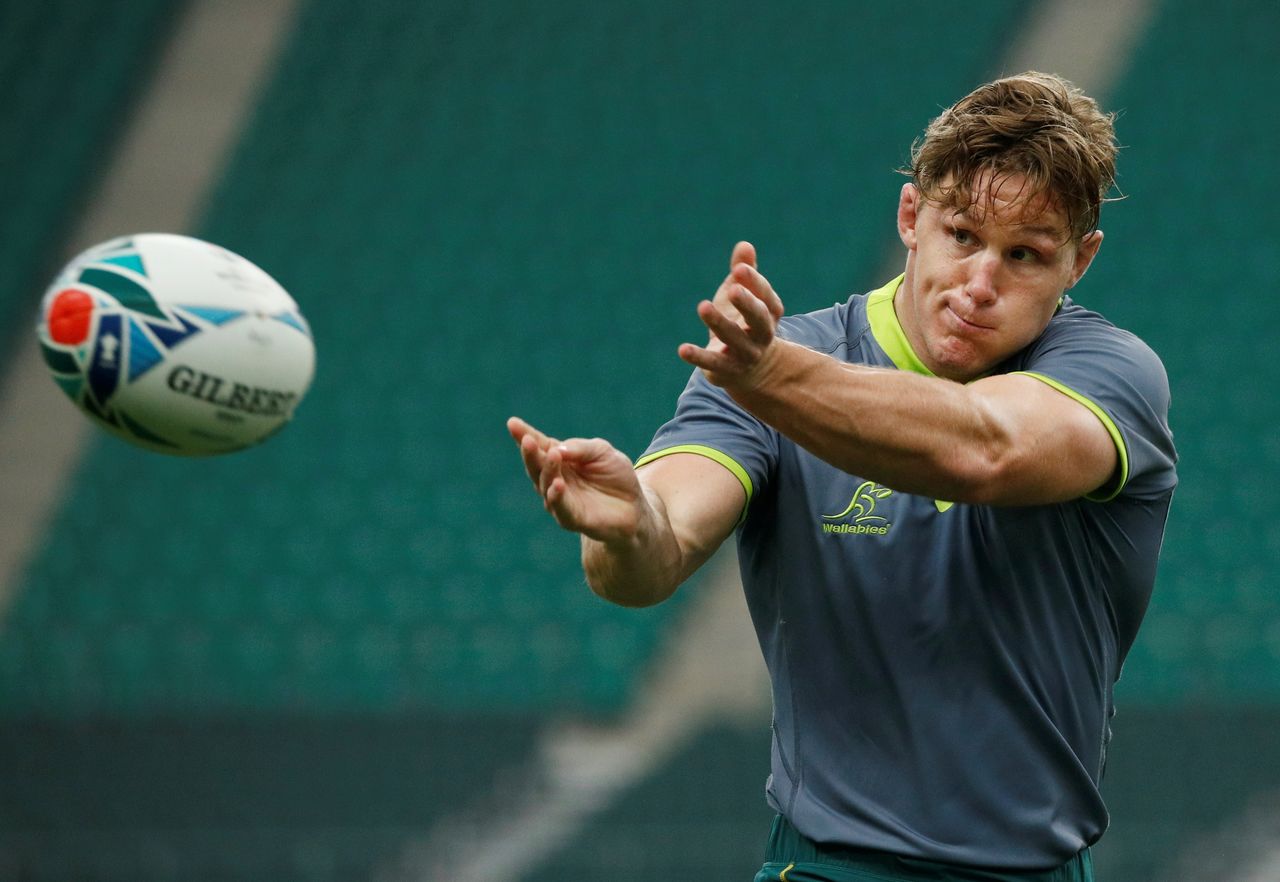 MELBOURNE (Reuters) - Australia captain Michael Hooper is excited by the prospect of seeing lock Will Skelton don the Wallabies jersey again when the squad tours Europe at the end of the season.

Australia is expected to relax its eligibility restrictions on overseas players before the tour, meaning France-based Skelton can rejoin the group five years after the last of his 18 tests.

Hooper, who was also Skelton's team mate at the New South Wales Waratahs, said the 29-year-old could make a big difference in Dave Rennie's Australia as they look to build toward the 2023 World Cup in France.

"It’s been a long time since he’s been in the jersey, so it’s great to hear he’s keen to be involved," Hooper told reporters on Friday ahead of the Wallabies' final Rugby Championship clash against Argentina.

"Love big Willy. He’s great to have in the team.

"He’s got the ability to change a game.

"For the lack of rugby I’ve seen him play, I’ve heard a lot of good things in terms of (how) he’s been in shape, he’s had a real impact in the (English) Premiership and now, he’s up in France, and I’ve heard some great things around that."

France-based lock Rory Arnold and hooker Tolu Latu could also join the squad if Rugby Australia eases its selection policy, which all but bans overseas-based players unless they have at least 60 test caps.

After playing Japan in Oita on Oct. 23, the Wallabies play Scotland, England and Wales in November.

With Japan-based players Samu Kerevi and Quade Cooper returning to the squad for the Rugby Championship, the Wallabies have rallied to three straight wins, including back-to-back defeats of world champions South Africa, after being whitewashed 3-0 by New Zealand.

Another win over the Pumas on the Gold Coast on Saturday would see Australia finish second behind the All Blacks, who clinched the title last week with victory over the Springboks.