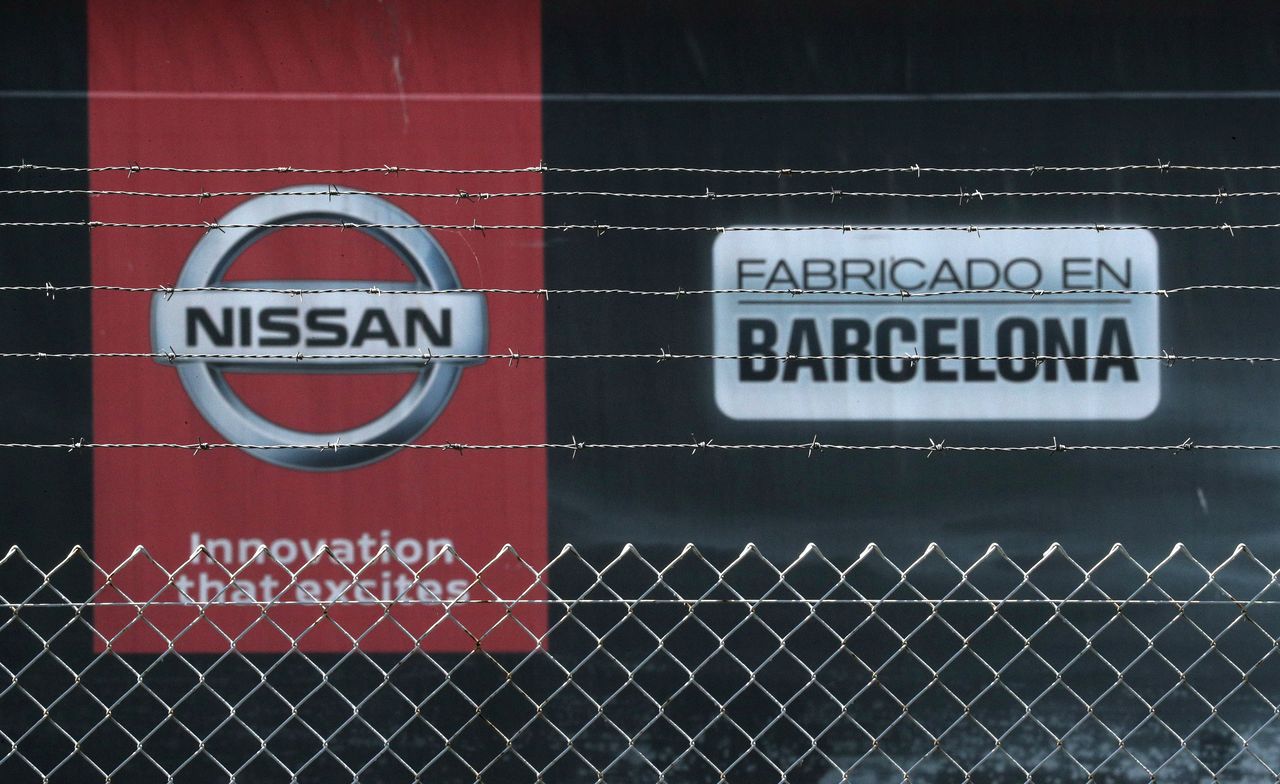 FILE PHOTO: The logo of Nissan is seen through a fence at Nissan factory at Zona Franca during the coronavirus disease (COVID-19) outbreak in Barcelona, Spain, May 26, 2020. REUTERS/Albert Gea/File Photo

BARCELONA (Reuters) -Spanish authorities and Nissan will enter talks with China's Great Wall Motor over a possible takeover of the Japanese carmaker's plant in Barcelona, which is due to shut in December, they said on Friday.

But only 1,600 direct jobs are at stake since the rest of the workers will benefit from early retirement and other measures, a CGT union source told Reuters.

"We are convinced we will be able to find solutions that are beneficial to everyone," Nissan's industrial head in Spain, Frank Torres, said in a statement.

In a severe blow to Spain, Europe's second-largest car producer, Nissan announced last year it would shut its three factories as part of a global restructuring.

It initially said the plants would close by December 2020 but later pushed the date back a year, as it started looking for an alternative industrial project with authorities.

Great Wall Motor has not made public its plan for the factories, but a source with knowledge of the talks said it could keep around 1,300 jobs.

A project presented by Belgian carmaker Punch for Nissan's plants has been left out of the upcoming negotiations, although officials said no option was fully excluded.