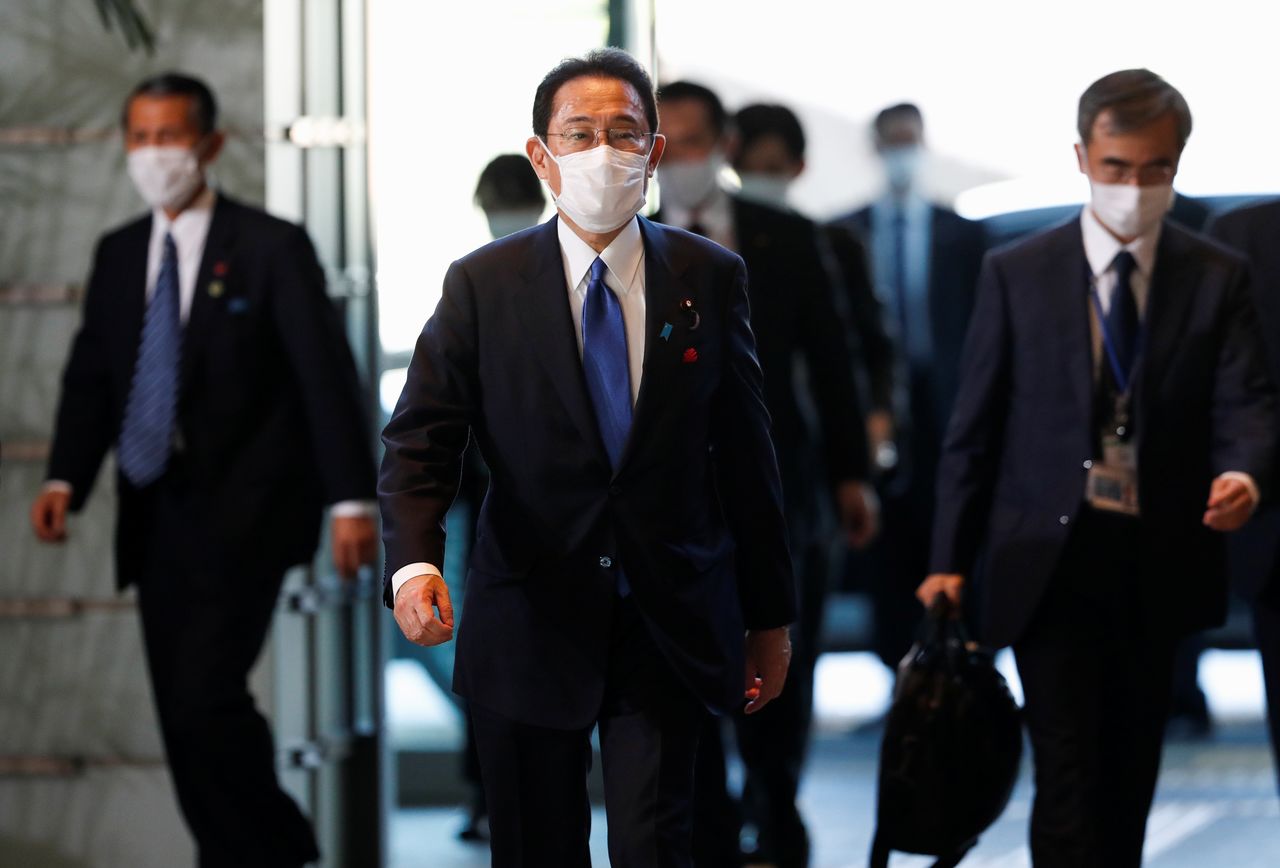 Here are brief profiles of the ministers:

A former foreign minister, Kishida has long spoken of his desire to become prime minister. He is seen as a soft-spoken, dovish consensus-builder, but lacks wide popularity.

As foreign minister, he oversaw the signing of a pact with South Korea on those forced to work in Japan's wartime brothels, and arranged the visit of former U. S. President Barack Obama to the nuclear bomb memorial city of Hiroshima.

One of the few cabinet ministers in prime minister Yoshihide Suga's administration to keep his post, Motegi, 65, served as economy and trade minister before Abe named him to the foreign ministry in a 2019 cabinet reshuffle.

As trade minister, he tackled negotiations for the Trans-Pacific Partnership free trade pact.

Educated at Harvard and the University of Tokyo, the English-speaking Motegi was first elected to the lower house in 1993 from the then-opposition Japan New Party. He joined the ruling Liberal Democratic Party (LDP) in 1995.

He worked in the United States, Australia, and Vietnam when employed by a trading firm before entering politics in 2004.

Kishi, ideologically aligned with his conservative brother Abe, has voiced support for constitutional revision as well as concerns over assertive neighbour China. He is also known to have friendly ties with Taiwan.

He graduated from Keio University in 1981 with a degree in economics.

A little-known but well-connected politician who has previously served as Olympics Minister, Suzuki is the brother-in-law of current finance minister Taro Aso and the son of former prime Minister Zenko Suzuki.

He is widely expected to avoid straying from the government line and continue its efforts to balance growth spending with fiscal reform.

A graduate of Waseda University, he was first elected to parliament in 1990.

Hagiuda, 58, is a close ally of former premier Abe.

As education minister since 2019, he served under both Abe and Suga. Previous government stints include serving as deputy chief cabinet secretary in Abe's administration and a role as his special adviser from 2013 to 2015.

First elected to the lower house of parliament in 2003, he had previously served as an assembly member of local governments in Tokyo.

Horiuchi, 55, will take her first ministerial post as one of three women in Kishida's cabinet lineup. She was vice minister for environment and state minister of the Cabinet Office under Suga.

Her foray into politics started when she was asked to take over the district of her father-in-law, and former trade minister, Mitsuo Horiuchi after he retired. She was first elected to the lower house in 2012.

A graduate of Harvard's Kennedy School and Tokyo University, 46-year-old Kobayashi started a career at the finance ministry that included a stint at Japan's embassy in the United States, before switching to politics in 2010.

First elected to the lower house in 2012, he was parliamentary vice-minister of defence under Abe.

His appointment will reflect the clout of Akira Amari, the newly-appointed secretary general of the LDP and an Abe ally, who is an architect of Japan's economic security policies aimed at protecting sensitive technology from China in areas such as supply chains and cyber security.

One of 13 fresh faces in Kishida's cabinet, Yamagiwa, 53, began his career in politics soon after graduating from Tokyo University with a degree in veterinary science.

He became a lower house lawmaker in 2003, and briefly served as vice trade minister in Abe's government.

Yamagiwa is seen as close to Amari, joining his grouping before following him into Aso's faction in 2017.