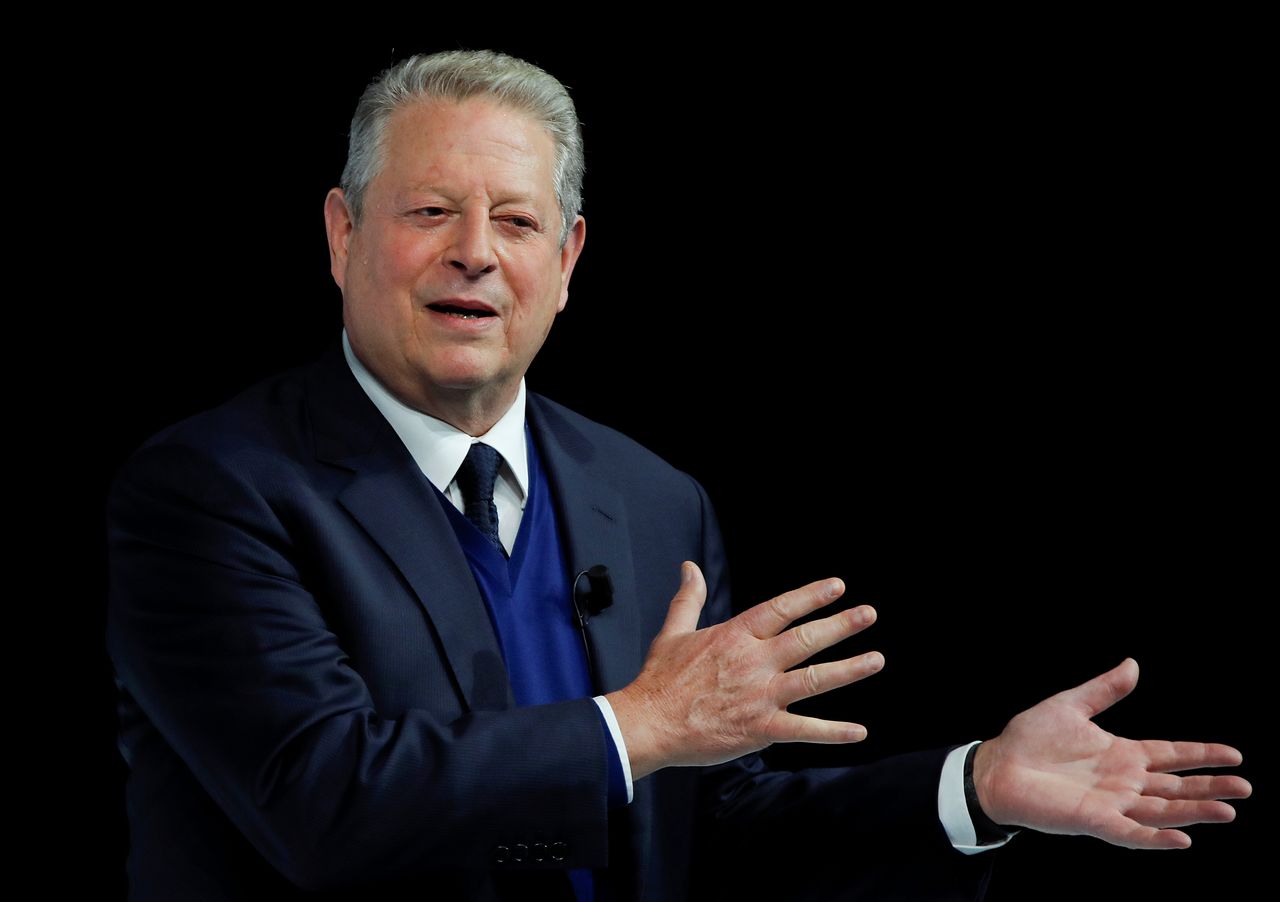 By Axel Threlfall and Timothy Gardner

(Reuters) -Former U.S. Vice President Al Gore is hopeful China and the United States will set aside their differences at U.N. climate change talks in Glasgow, just as they came together in 2015 to help hammer out the Paris Agreement.

Speaking in an interview broadcast on Monday at the Reuters Impact conference, Gore also said China could surprise the world by bringing forward one or both of its targets for reaching peak emissions and becoming carbon neutral.

Gore said frictions between China and the United States, the world's top two greenhouse-gas polluters, had to be taken into account. Beijing and Washington have clashed over alleged human rights abuses in Xinjiang and Hong Kong, as well as military activity in the South China Sea.

But Gore, who shared the 2007 Nobel Peace Prize for his work on informing the world about climate change, held out hope that tensions between the two could ease at the U.N. COP26 talks in Glasgow, Scotland, which start on Oct. 31.

"It's true that in the earlier part of this year..., it didn't seem as if the stars were aligned," he said. "Since then, we have seen a welcome pledge from (President) Xi Jinping at the U.N. General Assembly, announcing that China will halt its financing of overseas coal plants."

Ahead of COP26, global business leaders and politicians are taking part in the Reuters Impact conference to discuss efforts to mitigate climate change and drive sustainable growth.

Gore said he believes Xi could pull forward one or both of the climate targets that he set at last year's U.N. General Assembly - that China would reach peak emissions before 2030 and become carbon neutral before 2060.

"China could surprise the world at Glasgow," Gore said.

U.S. President Joe Biden pledged in September https://www.reuters.com/business/environment/us-seeks-double-climate-change-aid-developing-nations-biden-2021-09-21 to work with Congress to double funds to help developing countries deal with climate change to $11.4 billion a year by 2024, and Gore said this could help push other countries to boost their pledges.

An increase in funding could help achieve a global goal set more than a decade ago of $100 billion per year by 2020 to help countries vulnerable to climate change, a deadline that has come and gone without the target being hit.

Gore also said he was hopeful about recent actions by business groups such as the Net Zero Asset Managers Initiative, a group of investors with $43 trillion in assets that have joined a push to limit greenhouse gases to net zero by 2050.

But he called out efforts by fossil fuel companies pushing "absolutely false information to try to deceive people into thinking that the climate crisis is not real or not that bad, or that they have solutions in their purview".

He criticized announcements by U.S. energy company Chevron about expanding capacity of renewable natural gas (RNG), or gas captured at landfills and from agricultural waste.

"That's ridiculous. There is no such thing," Gore said about so-called renewable natural gas.

Chevron spokesperson Sean Comey said RNG, a fuel recognised by the U.S. Environmental Protection Agency as having the potential to cut emissions, "is one element of our approach to helping transition to a lower carbon future".

Despite being hopeful, Gore said the world was not moving fast enough.

Without more action, extreme weather could lead to an increase in refugees fleeing developing countries, which can trigger "xenophobia" and "populist authoritarian impulses", in the countries they move to, he said.

(Reporting by Axel Threlfall in London and Timothy Gardner in Washington; Editing by David Clarke)