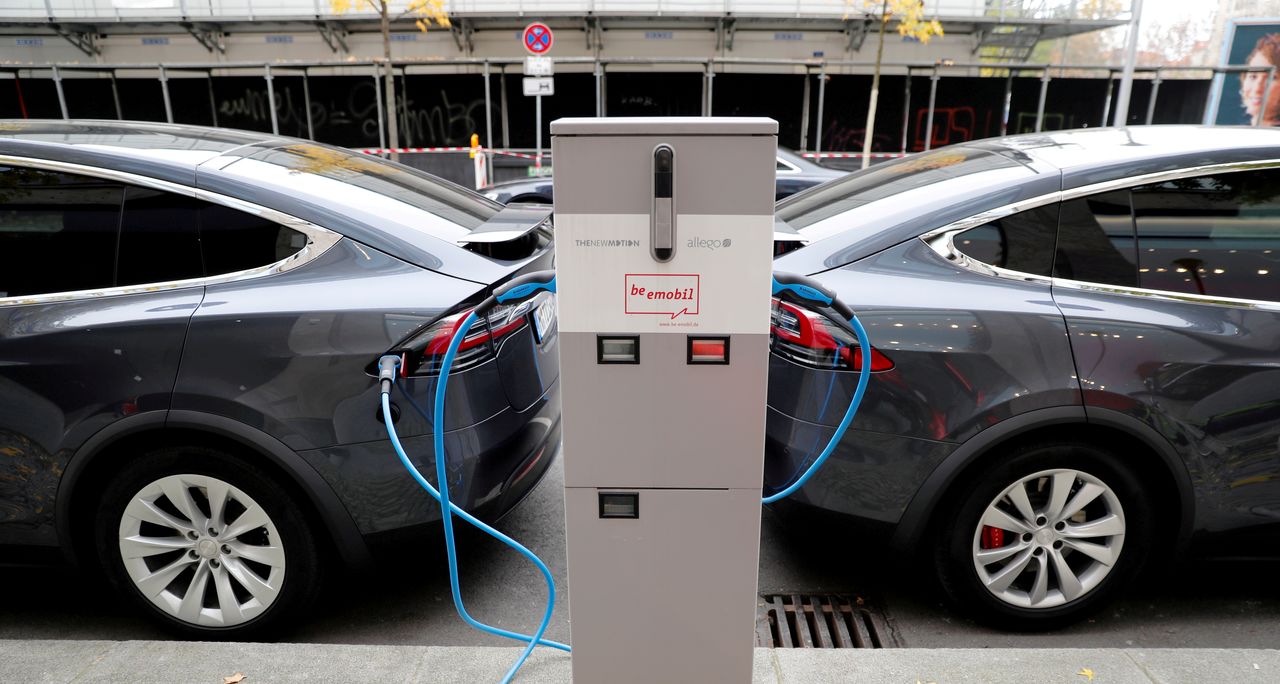 SEOUL (Reuters) - The South Korean battery giants powering many of the world's electric vehicles face a skills shortage that could drag on the global race towards zero-emissions transport.

The country's three major players, which command a third of the global electric vehicle (EV) battery market, told Reuters they were all grappling with a shortage of research and engineering specialists as demand for the technology balloons.

LG Energy Solution (LGES), SK On, and Samsung SDI Co Ltd all rank in the top-six https://graphics.reuters.com/SOUTHKKOREA-BATTERIES/TALENT/lbvgngxzmpq/chart.png global battery makers, and supply the likes of Tesla Inc, Volkswagen and Ford Motor Co among others.

Yet they are facing growing demands from big automakers and can't find enough technicians with the training needed to keep advancing cutting-edge tech such as solid-state batteries https://www.reuters.com/technology/how-will-solid-state-batteries-make-electric-vehicles-better-2021-09-07.

"Although we are seeing such a growth in the industry, it appears that we are facing a shortage of talent," an official at LGES said. "It is crucial to recruit external talents as well as nurturing our own talent."

This was echoed by its two big domestic rivals, with SK On describing the sector's expansion as "exponential".

Indeed the global battery sector has doubled in size over the past five years and South Korea is short of almost 3,000 graduate degree-level positions in areas such as research and design, according to the most recent data from the Korea Battery Industry Association, from late 2020. LGES, SK On and Samsung SDI currently have a total of about 19,000 employees.

The Korean crunch reflects a growing talent shortage across a wider global battery market that, according to IHS Markit forecasters, will triple in size to almost $90 billion by 2025.

The EU's European Battery Alliance planning group, for example, says "re-/up-skilling" is needed in the bloc because its battery industry needs 800,000 new workers by 2025.

If the global skills gap is not plugged, some industry experts say it could slow the pace of advances in batteries, which are being counted on to clean up road transport, one of the biggest sources of greenhouse gas emissions.

"Talent demand in the battery industry outweighs supply, and battery makers are anxious to ensure that they have got this small group of people who can work on this technology, and won't be left behind in the fast-growing market," said Samsung Securities analyst Cho Hyun-ryul.

In a sign of the skills pressure, LGES - South Korea's No.1 battery maker by volume - plans to launch a new "battery-smart factory department" at the prestigious Korea University next spring with guaranteed jobs for graduates.

More immediately, executives have been flying to the United States to lead recruiting events at schools there. The LGES CEO and his managers went to Los Angeles last month while the SK Innovation CEO and staff hosted an event in San Francisco on Saturday.

These companies are not only competing with other established Asian players, including market leader CATL from China and Japan's Panasonic, but fast-growing U.S. and European rivals like Sweden's Northvolt bridging the technology gap.

The talent shortage in South Korea is being compounded by some existing employees moving to foreign competitors that had offered better pay, according to two industry sources with knowledge of the matter. They declined to be named due to the sensitivity of the matter.

Northvolt, which counts Volkswagen as a client, has previously said that some of its employees were recruited from top battery makers, including LGES and Panasonic.

"We do have few people working for Northvolt that are from South Korea, which is obviously a very impressive country when it comes to battery manufacturing and development with several well-respected companies active in this space," a spokesperson for the company told Reuters last week.

"We try to offer competitive packages to our employees – everyone working here is a shareholder in the company for instance," he added, though did not specify pay details.

Battery specialists in South Korea newly graduated with doctorate degrees can earn as much as 100 million won ($85,000) a year, and those without that level of qualification average about 80 million won after gaining a few years of experience, according to two sources at major South Korean battery firms.

The Korean sector has also been mired in internal conflict, with LGES and SK Innovation, which wholly owns SK On, locked in a two-year dispute over technology, trade secrets and staff poaching until April this year when they settled their differences.

In a signs of the global importance of the two conglomerates, U.S. President Joe Biden - who has made boosting EVs a top priority - described the settlement as "a win for American workers and the American auto industry."

Even in the face of the growing skills gap, the worldwide demand for their products has supercharged the battery makers' expansion plans.

LGES expects its production capacity to reach 155 gigawatt-hours (GWh) of batteries by the end of this year and plans to raise that to 430 GWh in 2025 that could power about 7.2 million EVs.

SK Innovation aims to boost its annual production capacity more than five-fold to 220 GWh by 2025 and last week announced the plan to invest 10.2 trillion won with Ford to build three battery plants in the United States. https://www.reuters.com/business/autos-transportation/ford-sk-invest-114-bln-add-electric-f-150-plant-three-battery-factories-2021-09-27

Richard Kim, principal analyst at IHS Markit, said the skills gap was likely to be a problem for years to come.

"The labour shortage in the battery industry has already been a global issue, and the reality is that there has been an imbalance of supply and demand of manpower as many companies start to expand their capacity," he added.