By Sakura Murakami and Kiyoshi Takenaka

Taiwan and broader relations with China are likely to dominate security policies and foreign relations from the outset of new Prime Minister Fumio Kishida's administration.

Tension has been rising over Taiwan, which China claims as its own territory to be taken by force if necessary. Taiwan says it is an independent country and will defend its freedoms and democracy.

In recent days Taiwan has reported 148 Chinese air force planes flying into the island's air defence zone and Taiwan government leaders have said it needs to be on alert https://www.reuters.com/world/asia-pacific/taiwan-says-needs-be-alert-chinas-military-activities-2021-10-05 for "over the top" Chinese military activity.

Japanese Foreign Minister Toshimitsu Motegi, asked about the Taiwan situation, said he hoped "this matter is resolved peacefully between the two parties through direct talks".

"Additionally, instead of simply monitoring the situation, we hope to weigh the various possible scenarios that may arise to consider what options we have, as well as the preparations we must make," Motegi said.

Motegi, along with Defence Minister Nobuo Kishi, were kept on in the new cabinet unveiled on Monday, which analysts said indicated a focus on strong security ties with the United States.

Motegi's comments on Taiwan mark a departure from the past by explicitly speaking of possible involvement, and were also aimed at drawing international attention to the issue and pressing China, analysts said.

"That part was always unspoken ... but this time, they're taking a stronger stand," said Yoichiro Sato, an international relations professor at Ritsumeikan Asia Pacific University.

Robert Ward, a London-based senior fellow for Japanese Security Studies at the International Institute for Strategic Studies, said the change in the way Japan was articulating its concerns about Taiwan was significant.

"It is drawing a line of sorts and thus creating expectations," Ward said.

"The new government will continue with the harder line, as Motegi is showing. This fits with Japan's broader push to balance China from a position of strength."

Kishida, a former foreign minister, told reporters earlier he had spoken to U.S. President Joe Biden for about 20 minutes and they had confirmed their regional security cooperation.

"We affirmed the strength of the U.S.-Japan alliance, as well as our commitment to working together to realise a free and open Indo-Pacific,” he said.

Kishida did not mention Taiwan in his comments to reporters but said: "We also affirmed that we would work closely on challenges that this region faces with regards to China and North Korea."

He said he had received a "strong" message from Biden about the U.S. commitment to defending the disputed East China Sea islets known as the Senkaku Islands in Japan. China also claims the islands, which it calls the Daioyus.

Kishida on Monday unveiled a cabinet https://www.reuters.com/world/asia-pacific/key-policies-japans-next-pm-kishida-consensus-builder-2021-09-29with allies of former Prime Minister Shinzo Abe and ex-Finance Minister Taro Aso in key posts along with relative political novices, in keeping with a promise to give younger lawmakers a chance.

The 64-year-old Hiroshima native surprised the opposition by calling an election for Oct. 31 and vowed to bolster the response to the coronavirus pandemic.

But his pledges didn't appear to give him a popularity boost ahead of the election, with a daily Mainichi poll showing a 49% approval rating - well under the 64% who supported his predecessor's administration after it took office.

Kishida, who is from a traditionally dovish faction of the ruling Liberal Democratic Party (LDP), tacked to the right as he campaigned to become party leader.

Kishida has said that acquiring the ability to strike enemy bases, a controversial step backed by Abe, was a viable option and that he would appoint an aide to monitor China's treatment of its Uyghur minority. China denies accusations of abuse.

In his first news conference, Kobayashi aimed to strike a balance, saying ties were of great importance to both countries.

"It's important that China, as an economic superpower, complies with the rules of the international community and fulfils its responsibilities in a way that is fit for a large country for the further development of the global economy," Kobayashi said. 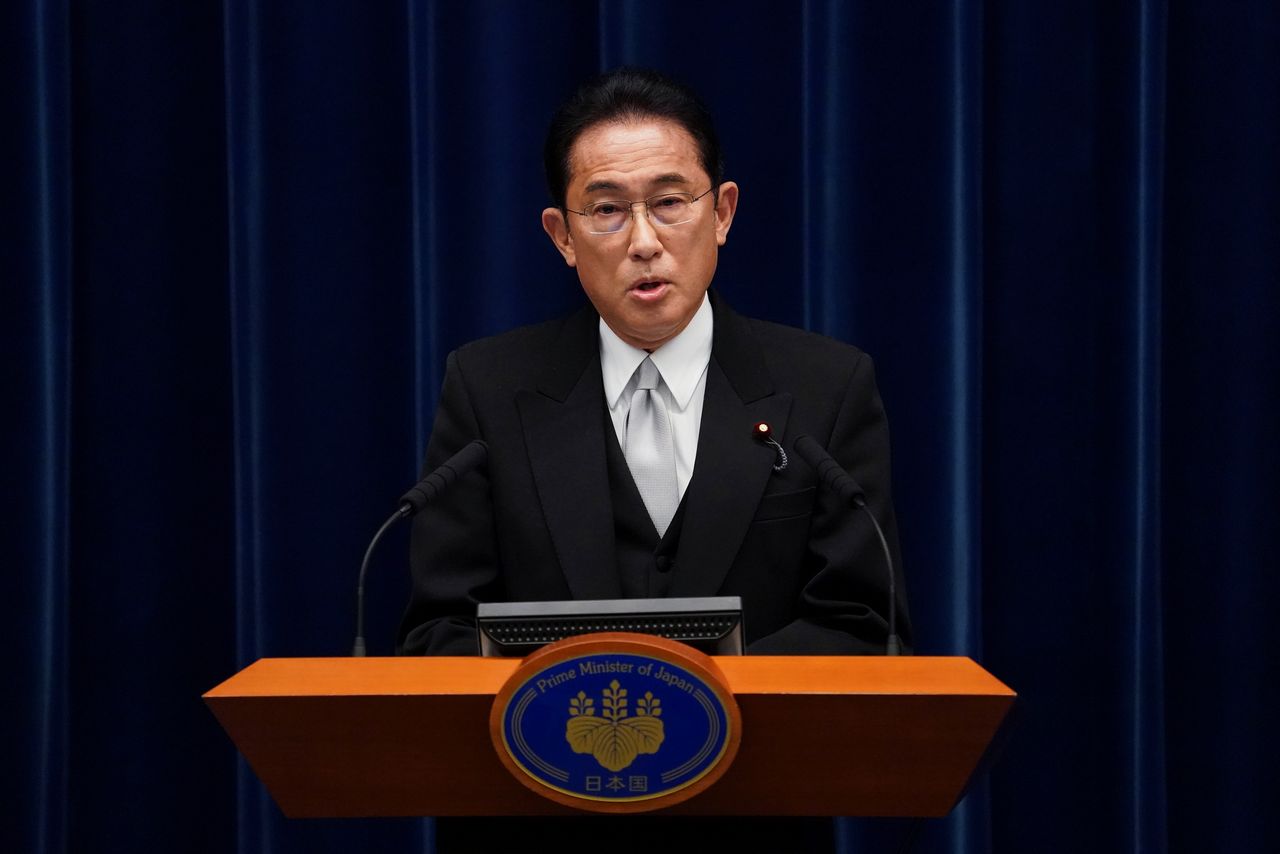 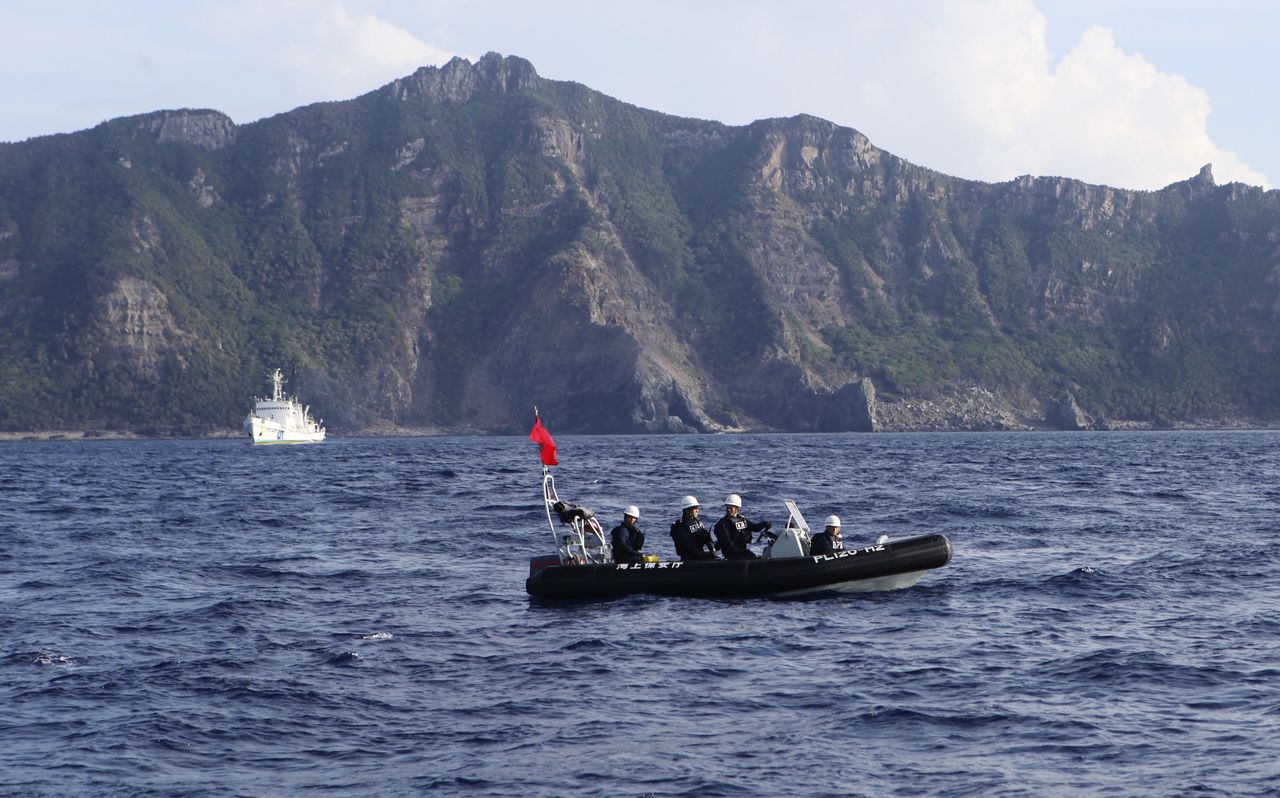 FILE PHOTO: A Japan Coast Guard boat (front) and vessel sail as Uotsuri island, one of the disputed islands, called Senkaku in Japan and Diaoyu in China, is pictured in the background, in the East China Sea August 18, 2013. REUTERS/Ruairidh Villar