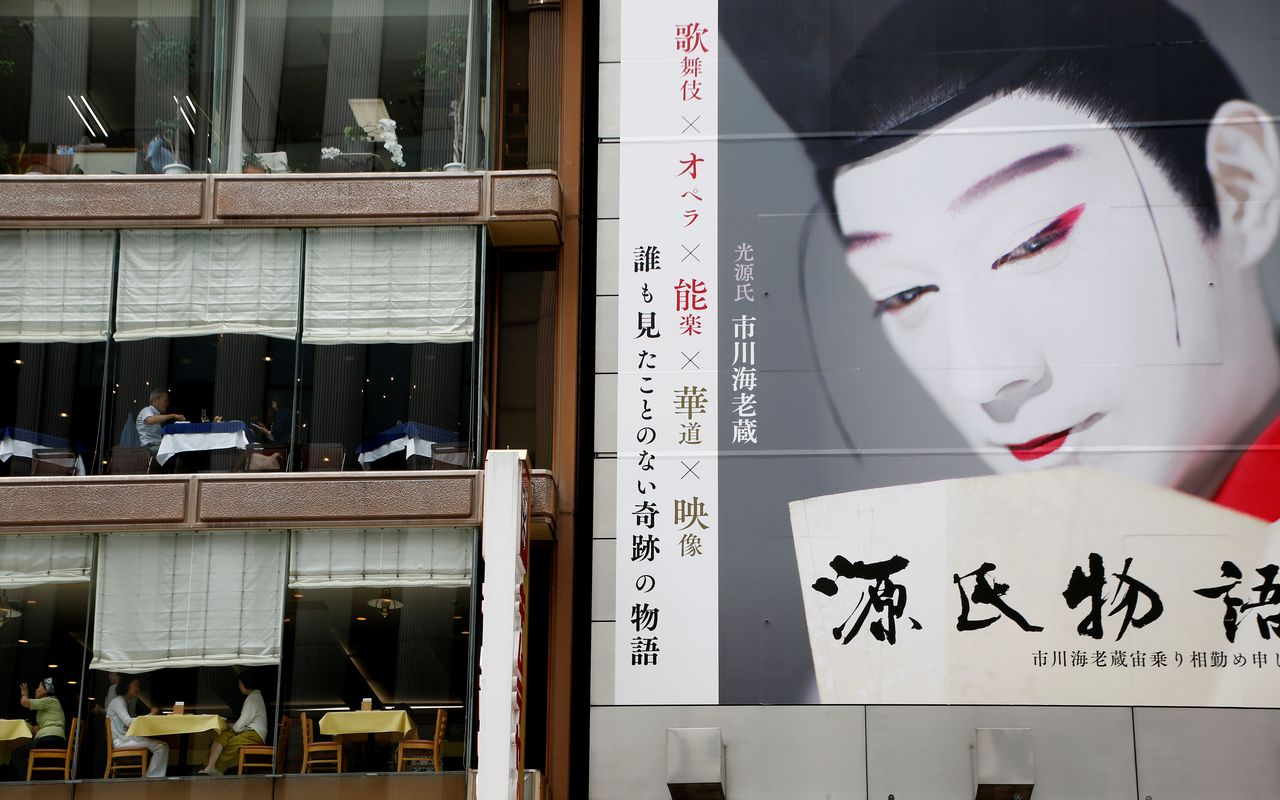 FILE PHOTO: Customers have lunch at restaurants next to a record shop which has a large poster on its wall in Tokyo, Japan, July 4, 2018. REUTERS/Kim Kyung-Hoon

TOKYO (Reuters) - Japan's services sector activity shrank for a 20th straight month in September as the coronavirus pandemic continued to weigh on sentiment, though the pace of decline eased from the sharp contraction seen in August.

The government last week ended state of emergency curbs it had imposed to get the health crisis under control, as new cases and deaths came down rapidly last month and the strain on the medical system eased.

The reading marked the 20th month that services activity remained below the 50.0 threshold that separates contraction from expansion.

"The Japanese services economy faced a sustained downturn in demand conditions at the end of the third quarter," said Usamah Bhatti, economist at IHS Markit, which compiles the survey.

"Panel members highlighted the extension to state of emergency restrictions amid the latest wave of COVID-19 infections continued to dampen output and demand."

The PMI survey showed the services sector grew more positive about activity in the coming year, with optimism hitting its highest since June amid hopes that the pandemic's impact on the world's third-largest economy will ease.

The final au Jibun Bank Flash Japan Composite PMI, which is calculated using both manufacturing and services, remained in contraction, coming in at 47.9, from August's final of 45.5.