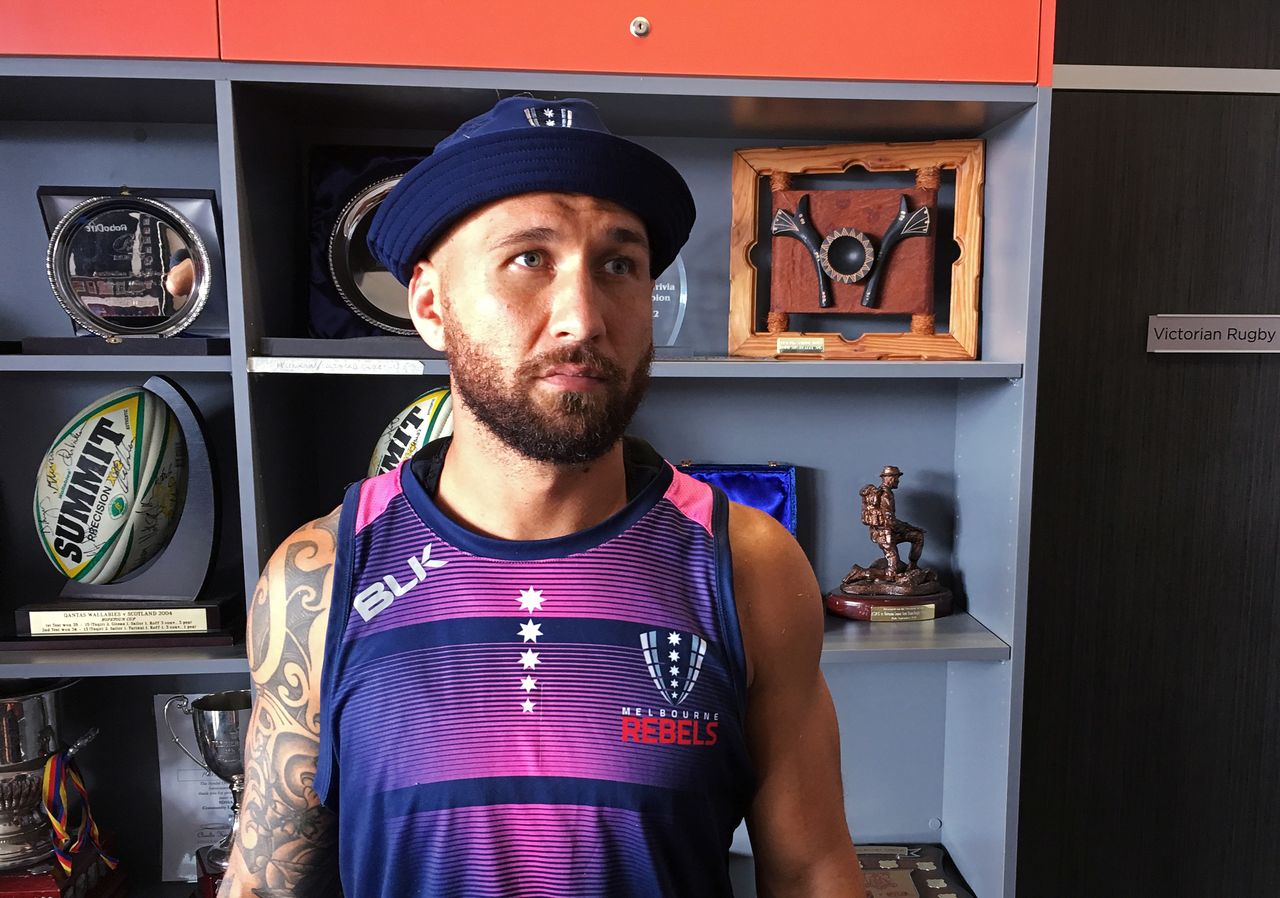 FILE PHOTO: Rugby player Quade Cooper of the Melbourne Rebels poses for a photo during an interview in Melbourne, Australia February 19, 2019. REUTERS/Ian Ransom

SYDNEY (Reuters) - Australia flyhalf Quade Cooper has denied agreeing to play for the Barbarians against Samoa in London in late November despite the prestigious invitational British club announcing his selection.

Cooper's test career was revived by a call-up for this year's Rugby Championship and he was lauded for his leadership of the Wallabies backline in four successive wins, including back-to-back victories over world champions South Africa.

The 33-year-old is expected to be named in Dave Rennie's squad for Australia's end-of-season tour, which starts with a test against Japan in Oita on Oct. 23 and concludes with a match against Wales in Cardiff on Nov. 20.

The Barbarians said on Monday that Cooper would be joining fellow Wallabies Len Ikitau, Nic White and Pete Samu in the famous black and white hooped shirt on Nov. 27 but the flyhalf disagreed.

"At no stage have I agreed to play for the @Barbarian_FC in the upcoming game against Samoa.. I'm contracted to the Kintetsu Liners," Cooper tweeted on Tuesday.

Cooper joined Hanazono Kintetsu Liners ahead of the 2019-20 season and would be expected to head from Europe to Japan for pre-season training. The inaugural season of Japan Rugby League One is scheduled to start on Jan. 7, 2022.

The Barbarians said 35,000 tickets had already been sold for the Twickenham match but the Samoa Rugby Union, now known as Lakapi Samoa, announced on Monday it would not be able to send a test squad to Europe.

Samoa were scheduled to play Georgia, Uruguay, Spain and the Barbarians in November but Lakapi Samoa said travel restrictions put in place to limit the spread of COVID-19 made the tour impractical.

The governing body, however, said in a statement it was committed to putting together a "Manu Samoa selection" from players and coaches based in Europe to face the Barbarians.