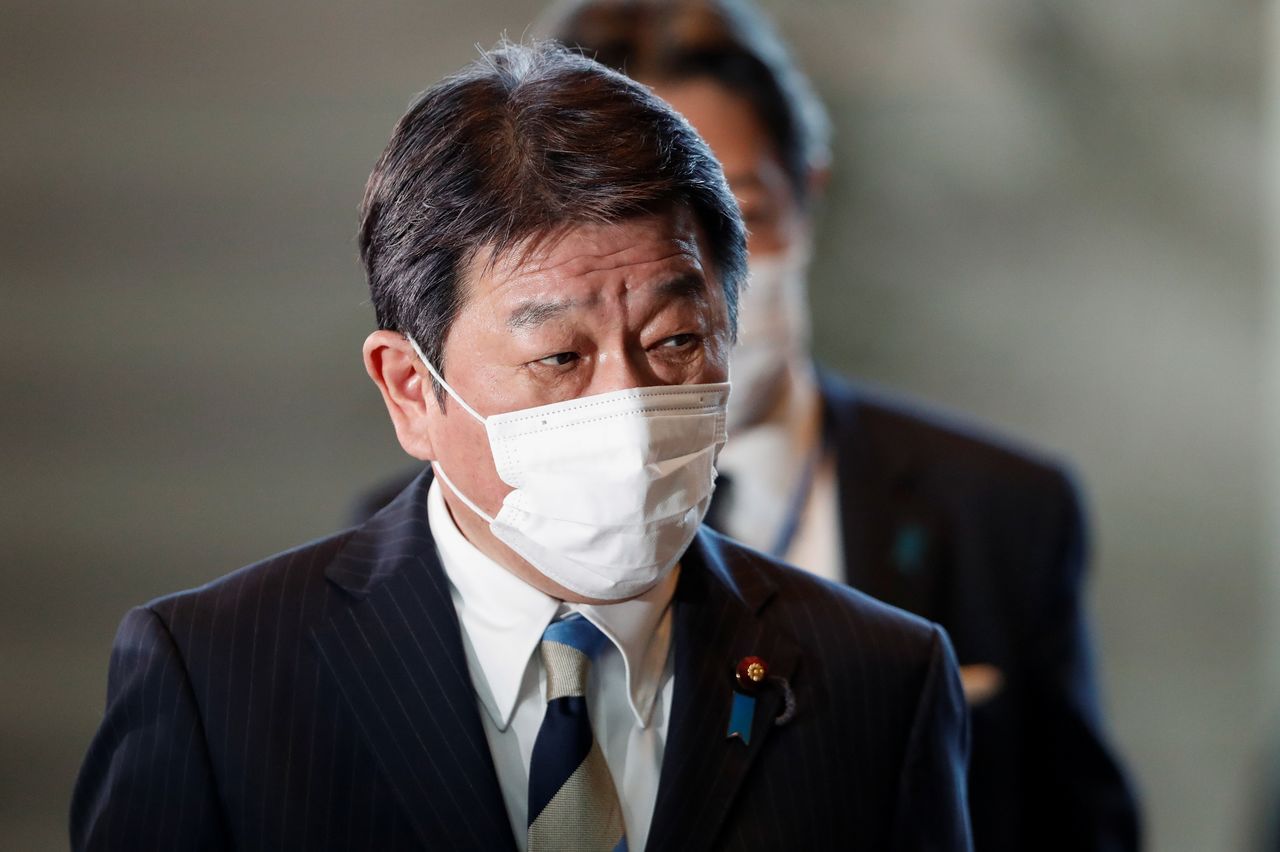 TOKYO (Reuters) - Japan hopes that Taiwan and China are able to resolve the issues peacefully between themselves, said Foreign Minister Toshimitsu Motegi on Tuesday, adding that Japan will continue to monitor the situation.

He said that the geopolitical situation surrounding Japan is becoming increasingly difficult, and spoke of his hopes of promoting Japan's economic diplomacy and strengthening ties with like-minded countries.

Motegi was re-appointed to his role as foreign minister on Monday by new Prime Minister Fumio Kishida.