Soccer-Shot-shy China looking to hit the target against Vietnam 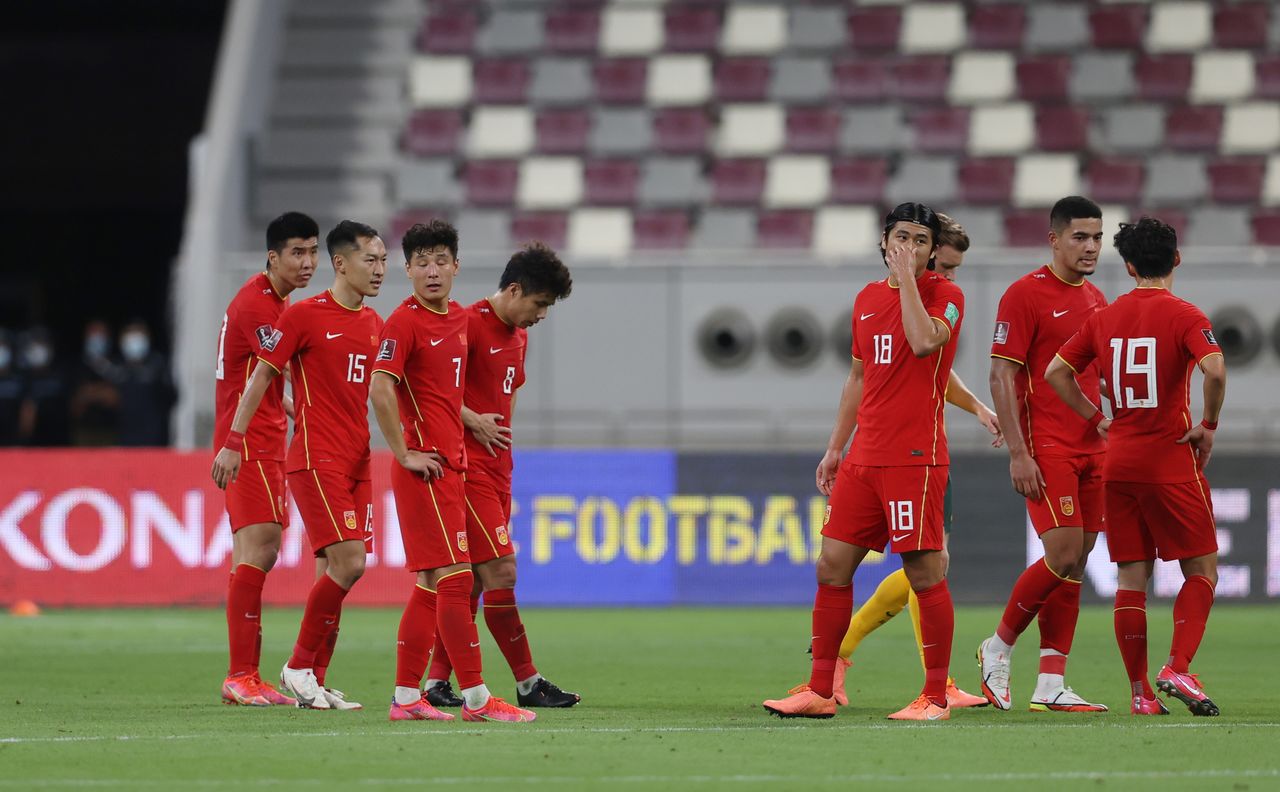 HONG KONG (Reuters) - Two games into the final phase of Asia's World Cup qualifiers and China are already facing a must-win game against Vietnam on Thursday as Li Tie's team look to avoid becoming also-rans in the quest for places at Qatar 2022.

Back-to-back defeats against Australia and Japan were not unexpected in their opening matches in Group B but Li's side failed to register a shot on target in either game.

"We did not play well in the first two matches, where we saw the gap between us and them," Chinese defender Yu Dabao said last week.

"But we cannot give up and need to perform well in the next two games against Vietnam and Saudi Arabia.

"I am sure we have a physical advantage against Vietnam and we need to be mentally prepared. For us it's important to have self-confidence."

China's hopes of a first World Cup appearance since 2002 had grown after the team squeezed into the final round in June but September's lacklustre performances have piled on the pressure.

Vietnam were ranked 11th of the 12 teams to advance to the final round but Park Hang-seo's team contain a young, tenacious and talented core of players who have been making a name for themselves at regional and continental level.

They led against Saudi Arabia in Riyadh in their opening qualifier before Do Duy Manh's red card swung the game in favour of the three-time Asian champions, while Australia only narrowly defeated them on a bumpy pitch in Hanoi.

Australia and Saudi Arabia lead Group B on six points from two games, with Oman and Japan both on three points.

Hajime Moriyasu's Japan travel to Saudi Arabia aiming to overcome the loss through injury of Mallorca's Takefusa Kubo and Celtic striker Kyogo Furuhashi while Australia take on Oman looking for an 11th consecutive win in 2022 qualifying.

Iran lead the way with the only perfect record in Group A and play Bert van Marwijk's United Arab Emirates in Dubai.

Second-placed South Korea will host Syria without the services of Kwon Chang-hoon, who scored the winner against Lebanon in September but pulled out of Paulo Bento's squad after suffering an ankle injury at the weekend.

Iraq are hoping to pick up their first win of the campaign against Lebanon when the teams meet in neutral Doha, where the game is being played due to security-related issues.

The top two teams in each of the two groups advance automatically to the World Cup while the third placed teams will enter into a series of playoffs for a potential fifth berth at the finals next year.