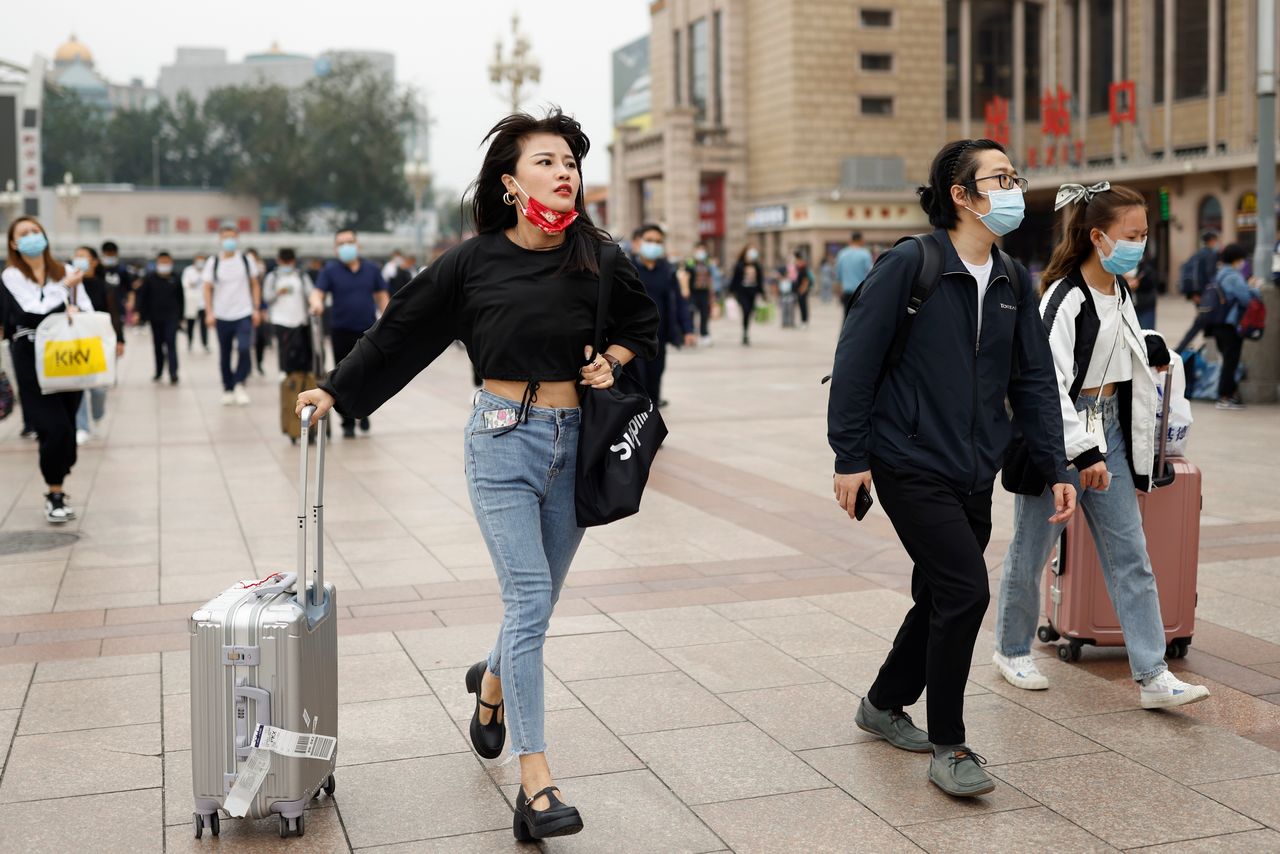 (Reuters) - Hospitals may struggle to cope if there is a significant surge of COVID-19 in England this winter even if broad vaccination means that deaths do not approach the same levels as last year, one of Britain's top epidemiologists said.

* School absences in England related to COVID-19 jumped by two-thirds in the last two weeks of September, according to government data.

* Britain has reported 33,869 new cases, government data showed, meaning cases reported between Sept. 29 and Oct. 5 were down 2.3% compared with the previous seven days.

* Russia reported the most recorded deaths in a single day since the pandemic began, with the Kremlin blaming the slow pace of vaccinations and a more virulent virus.

* Norway will soon begin to offer a third dose of vaccine to those aged 65 and older, the health minister said.

* The number of new infections in Romania exceeded 15,000 in the past 24 hours and there were no available intensive care beds, the government said.

* Surging demand for COVID-19 tests from U.S. employers has exacerbated a nationwide shortage of rapid tests in recent weeks and is driving up costs for state and local testing programs, according to industry executives and state officials.

* The summer spike in cases fuelled by the Delta variant is likely the last big COVID-19 wave in the United States, but the pandemic is far from over globally, former U.S. Food and Drug Administration Commissioner Scott Gottlieb said on Monday.

* Singapore's health ministry reported 3,486 new cases, the highest since the beginning of the pandemic, while it recorded nine new deaths from the disease.

* India's top court ordered state authorities to pay $672 as compensation for each death caused by COVID-19 as a way to help families cope with the loss.

* China reported no new local cases for the first time in more than three weeks after outbreaks in the provinces of Fujian and Heilongjiang were brought under control.

* The Thai Red Cross Society kicked off a vaccination campaign for migrant workers, one of the country's most vulnerable groups that has been largely left behind in the broader COVID-19 inoculation rollout.

* A year after South Africa and India introduced a novel proposal to temporarily waive intellectual property rights on COVID-19 vaccines and therapies at the World Trade Organization, negotiations are deadlocked and directionless, trade sources said on Monday after a meeting on the topic.

* AstraZeneca has requested emergency approval from U.S. regulators for its antibody cocktail, another potential major step in the global fight to combat the virus.

* The European Medicines Agency will consider in the coming days whether to launch a rolling review of Merck's experimental COVID-19 pill, its head of vaccine strategy said.

* Johnson & Johnson said it had submitted data to the U.S. Food and Drug Administration for emergency use authorisation of a booster shot of its vaccine in people aged 18 and older.

* Global equity markets rose as tech stocks rebounded on Wall Street and the dollar regained strength ahead of U.S. payrolls data on Friday that is seen as key to the Federal Reserve's next move on tapering its support to the economy. [MKTS/GLOB]