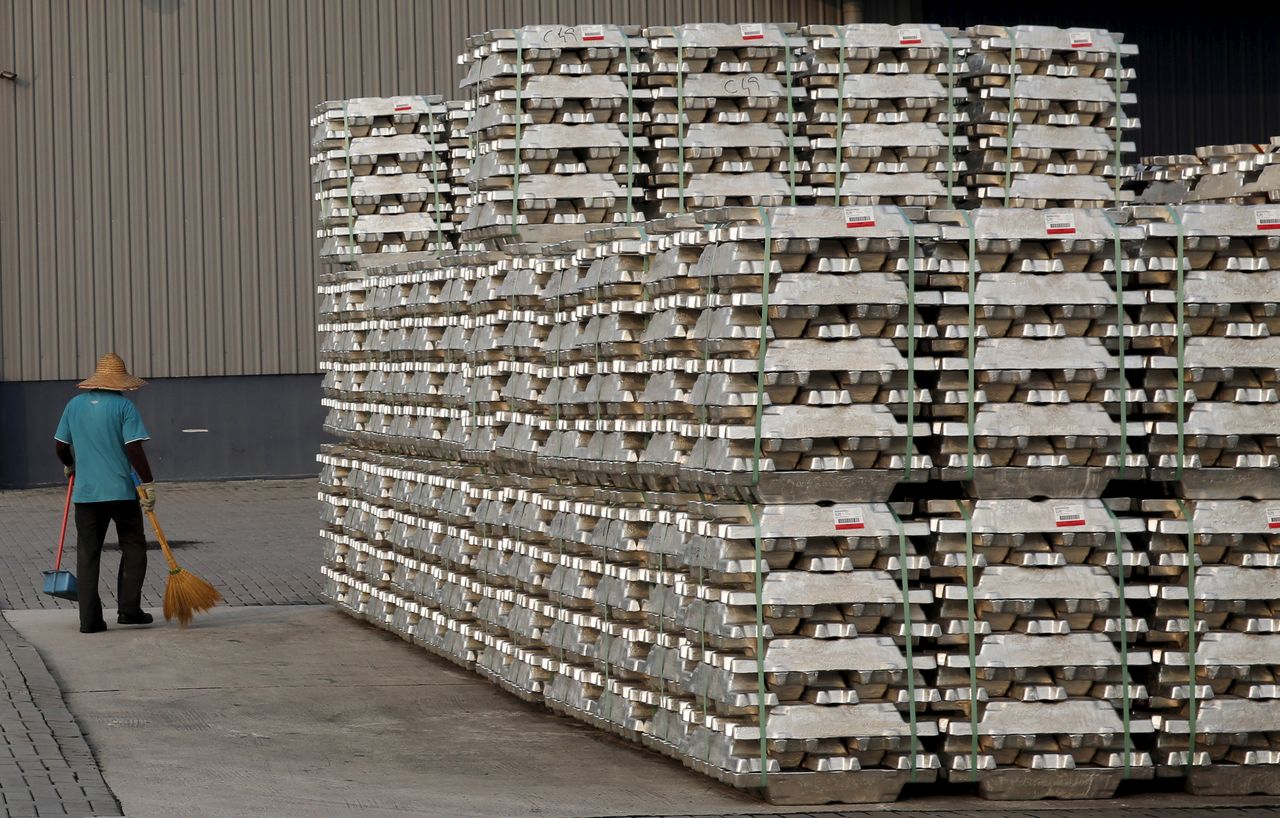 TOKYO (Reuters) - The premium for aluminium shipments to Japanese buyers for October to December was set at $220 a tonne, up 19% from the previous quarter, reflecting higher overseas premiums amid tight supply, six sources directly involved in pricing talks said.

The figure is higher than the $185 per tonne paid in the July-September quarter and marks a fifth consecutive quarterly increase and the highest since the April-June quarter in 2015. But it came below the initial offers of $230-$250 made by producers.

Japan is Asia's biggest importer of the light metal and the premiums for primary metal shipments it agrees to pay each quarter over the benchmark London Metal Exchange (LME) cash price set the benchmark for the region.

The premium has more than doubled from a year ago as demand has picked up from the pandemic-induced slump in the United States and Europe while freight has soared amid a tight global container market, the sources said.

There have also been concerns that curbs on high-polluting industries such as smelting by China, the world's biggest producer and consumer of the metal, might further squeeze global supply, they said.

Prices of aluminium have climbed 47% this year, having reached $3,000 a tonne last month for its highest since July 2008.

"Soaring U.S. and European premiums are preventing extra supply from coming to Asia," a source at a producer said, adding some supply has been withdrawn from storage in Asia to be shipped to the United States where premiums were much higher.

Rising shipping rates amid a tight container market was another factor behind the higher premiums, another source at an end-user said.

Producers and buyers expect the global market for aluminium, which is used in the transport and packaging industries, to remain tight.

"China's export of aluminium products to Southeast Asia is expected to decline due to slower output of primary metals, which may tighten supply in the region when economy picks up from the pandemic-induced slump," a third source at a trading company said.

The sources declined to be named due to the sensitivity of the talks.