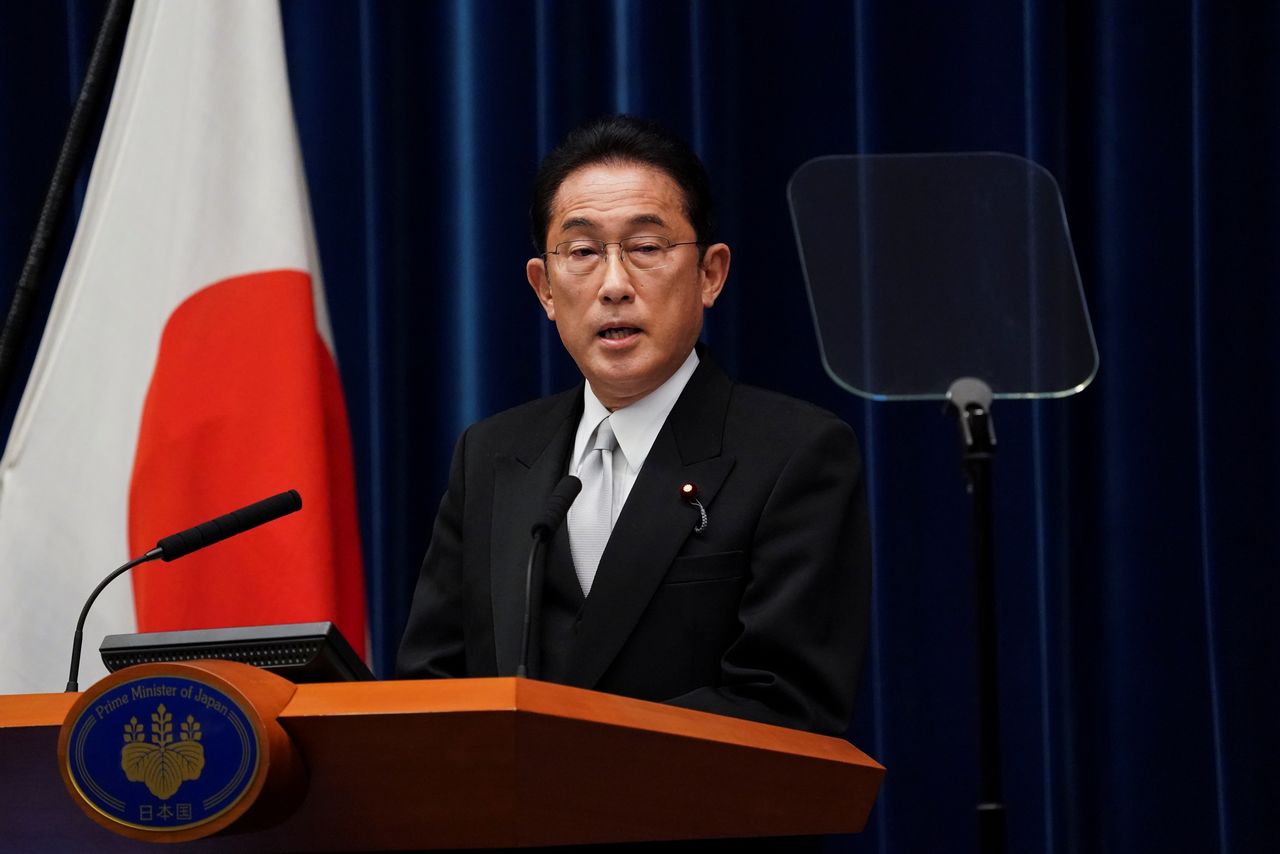 TOKYO (Reuters) - Support for the government of Japan's new prime minister is less than 50%, much lower than that of the previous government when it took power, a survey showed on Tuesday, a day after he took office and surprised many by calling an election on Oct. 31.

Prime Minister Fumio Kishida, a former foreign minister, unveiled his cabinet on Monday, mixing allies of a former prime minister, Shinzo Abe, and finance minister, Taro Aso, in key posts with relative political novices, in line with a promise to give younger lawmakers a chance.

Just 49% of respondents said they supported his government, well under the 64% who supported the government of his predecessor, Yoshihide Suga, just after he took office, according to a poll conducted by the Mainichi newspaper, while 40% said they did not support the government.

Suga stepped down after his government came under fire for its handling of the coronavirus pandemic and as the ruling Liberal Democratic Party (LDP) sought a fresh face ahead of the general election.

Of those who didn't support the government, 58% said "because nothing in politics will change", while 20% said they expected nothing from its policies.

Asked what they thought of the cabinet, just over half said they had no expectations of the ministers, while only 21% said they did.