Analysis-In Czech election, the prize is one of EU's fastest-growing debt burdens 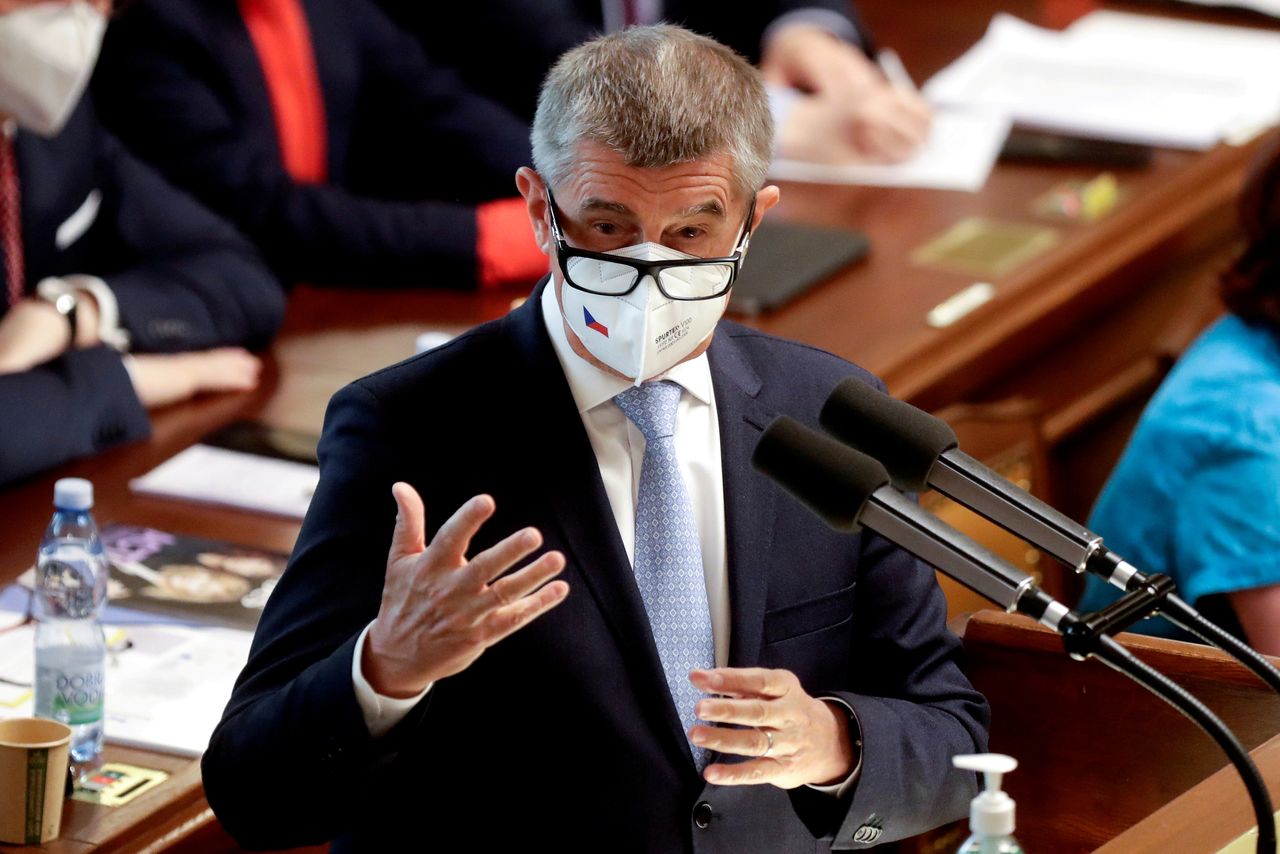 PRAGUE (Reuters) - The Czech government has ditched a long tradition of frugality over the last few years by piling tax cuts and wage hikes on top of pandemic spending, putting the country's debt on course to hit critical levels much faster than anyone expected.

That leaves an unenviable challenge for whichever party wins this weekend's national election in the Czech Republic.

The Czech Finance Ministry forecasts public debt will hit 43.5% of GDP this year, up from 30% in 2019, after two years of record budget deficits, and the International Monetary Fund estimates the country will have the second-fastest rising debt burden in the European Union by 2025.

Wary of frightening away voters, all political parties have ruled out major tax hikes and shown no plans for other painful measures, but the next government faces a likely rude awakening and tough choices to find new revenue and cut spending.

"The (next) government will have to come up with immediate savings, and there must be a credible plan to reduce budget imbalances within several years," Pavel Sobisek, UniCredit's chief economist in Prague, said.

"Raising taxes will be needed... That is for sure."

The COVID-19 pandemic has hammered public finances around the world, but Czech debt is set to skyrocket because of growing budget commitments that are tough to reverse, critics say, calling it a departure from past fiscal prudence displayed by governments on both the left and right.

While debt levels are still modest compared to bigger countries - in the EU, the average state debt was 90.5% of GDP at the end of 2020 - it can be troubling for a smaller economy.

The country is fast approaching a 55% debt brake that would force automatic budget cuts under Czech law, something no government wants. The independent state Fiscal Council had previously forecast the risk of breaching debt limits would not come before 2043 but now sees it later this decade.

** For an interactive graphic: https://tmsnrt.rs/3FlGXca

Who will be in charge after the Oct. 8-9 election to take on the problem is uncertain. Prime Minister Andrej Babis's ANO party leads polls with around 26% support but still has no clear partners to secure a majority.

Under Babis's centre-left coalition government, in power since 2018, budget expenditures such as state pension increases that are enshrined in law, and cannot be rolled back without major reforms, and others like salaries deemed necessary for state operations have risen 40%.

The deficit is set for another record in 2021, even after coronavirus restrictions were largely lifted and the economy is forecast to grow 3.2%, after contracting 5.8% last year. Finance Minister Alena Schillerova on Sept. 19 estimated a gap of 400 billion crowns.

The government has approved a deficit next year that will be almost as high, despite economic growth set to accelerate to 4.2%.

Eva Zamrazilova, a former central banker who heads the Fiscal Council, said fast-rising spending that is enshrined in law was causing imbalances.

"The COVID crisis has only revealed structural weaknesses," she said, adding a big concern was the approaching debt brake.

Much of the blame is on sharp increases to the state pension, which went beyond automatic increases set in law, and hefty public sector wage hikes. The government also implemented a record income tax cut this year estimated to cost state coffers the equivalent of 2% of GDP.

Schillerova has said the state has room to raise debt given its low levels before the COVID-19 crisis, and that consolidation would be balanced in order not to strangle the economy.

"I don't want to repeat mistakes made after the last crisis," she said in a Sept. 19 Czech TV debate show, referring to budget cuts after the 2009 global financial crisis that hurt the economy.

Babis countered attacks about his handling of the budget in a Sunday election debate by saying his government had raised teachers' salaries by 20,000 crowns while a previous administration involving opposition parties only added hundreds of crowns when it was in power.

Babis's main challengers in the election are the liberal Pirate Party, which leads a two-party Pirates-Mayors coalition that is second in the polls, and the centre-right Civic Democrats, leading the three-party Spolu (Together) coalition.

The former wants to cap state spending and return deficits to the EU-mandated 3% of GDP using growth and some new taxes, such as on mining. The latter has pledged no tax hikes and a deficit at 1.5% by 2025, arguing it can stimulate economic growth with the help of EU funds and can improve tax collection. The current government forecasts a deficit above 4% in 2024.

Budget watchers say more effort is needed to maintain a fiscal cushion as the number of people reaching pension age is set to rise sharply in the decade ahead and to ward off risks to credit ratings and market standing.

Debt auctions still attract good demand and yields have only gradually risen. But the benchmark 10-year bond yield - which for years was well below central European peers - is now at 2.12%, nearly par with Poland.

In May, ratings agency Moody's, which rates the Czech Republic at Aa3, two notches above regional peers like Poland or Slovakia and ahead of Japan, said the county's medium-term fiscal plans lacked meaningful consolidation, calling it credit negative.

Zamrazilova said the rapidly rising debt, if left unchecked, could become a negative signal for markets.

"The worst scenario is (public finance) consolidation being forced by financial market stress," she said. "Consolidation should start as soon as possible."