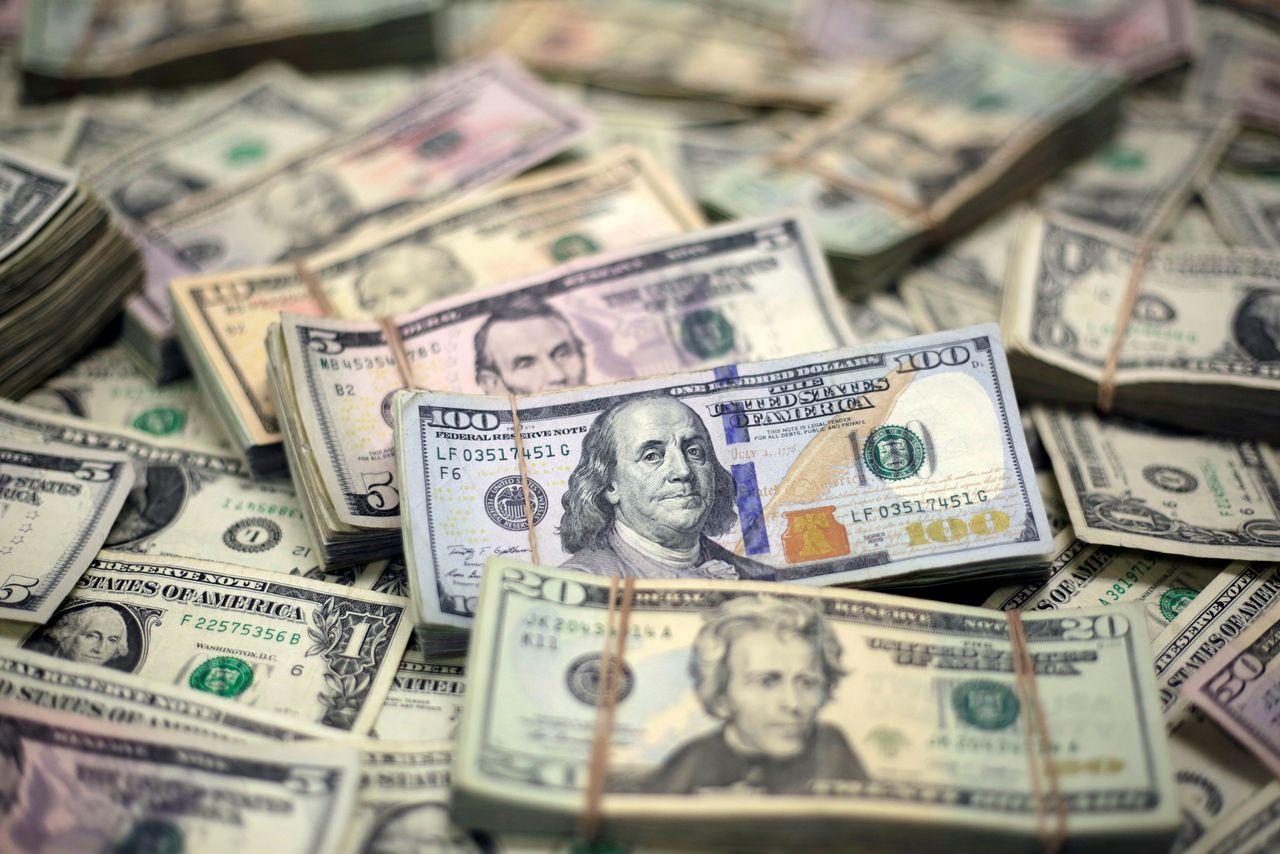 NEW YORK (Reuters) - The dollar climbed across the board on Wednesday, as surging energy prices fuelled concerns about inflation and interest rate hikes, knocking investors' appetite for riskier assets and driving flows to safe-havens.

With oil prices hitting their highest in seven years, shares fell and government bond yields rose across the world early on Wednesday, before reversing some of the moves later in the session.

"What you are seeing this week is more inflationary fears percolating into the overall market," said Minh Trang, senior currency trader at Silicon Valley Bank in Santa Clara, California.

Rising inflationary pressures could pose headwinds to growth and have implications for how soon the Federal reserve can raise interest rates.

The Federal Reserve has said it is likely to begin reducing its monthly bond purchases as soon as November and then follow it up with interest rate increases, as the U.S. central bank's turn from pandemic crisis policies gains momentum.

"The question will be, does it force the Fed to move faster than expectations," Trang said.

Investors remained on edge regarding U.S. debt ceiling negotiations, even as the top U.S. Senate Republican Mitch McConnell said his party would allow an extension of the federal debt ceiling into December, a move that would head off a historic default with a heavy economic toll.

The U.S. payrolls report at the end of the week, which could provide clues to the U.S. Federal Reserve's next move, remains a point of focus for investors.

Friday's non-farm payrolls data is expected to show continued improvement in the labor market, with a forecast for 473,000 jobs to have been added in September, a Reuters poll showed.

"If we are somewhere in the ballpark ... it supports the dollar trend that we have been seeing," Trang said.

Sterling/dollar implied volatility, a gauge of expected swings embedded in currency options, rose to a seven-month high around 7.9% on Wednesday, as soaring energy prices and a surge in bond yields sent the pound 0.3% lower against the greenback.

On Wednesday, Poland's central bank raised its main interest rate to 0.5% from 0.1% on Wednesday, it said in a statement, moving to increase borrowing costs earlier than analysts had expected to counter a surge in inflation. The move helped lift the Polish zloty up about 0.4%.

The greenback's strength, combined with an aversion toward riskier currencies, sent the New Zealand dollar down 0.7% despite New Zealand's central bank hiking interest rates on Wednesday for the first time in seven years and signalling further tightening to come.