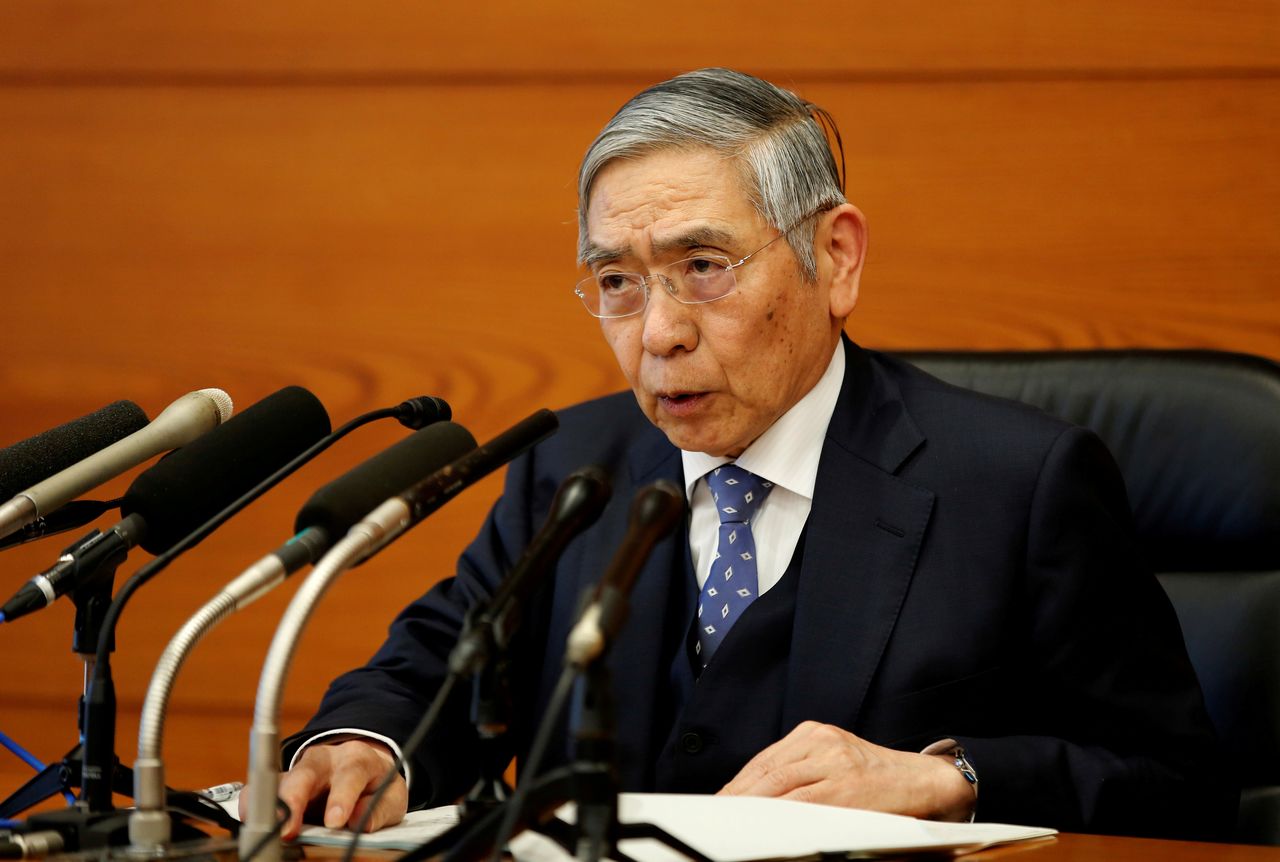 TOKYO (Reuters) -Japanese firms have no pressing need to raise wages because they retained jobs during last year's pandemic-induced economic slump, and thus do not need to fill job vacancies as quickly as U.S. companies, Bank of Japan Governor Haruhiko Kuroda said.

The surge in demand triggered by the re-opening of the U.S. economy, and layoffs by U.S. firms to deal with the pandemic's initial hit, have recently caused serious bottlenecks and labour shortages in the country, Kuroda said on Wednesday.

That has prompted U.S. firms to raise wages to secure staff, and hike prices of goods and services to curb excess demand.

"In contrast, demand in Japan has not recovered as rapidly as that in the U.S.," Kuroda told an online meeting of the Japan-U.S. Business Conference.

Japanese firms stuck to their custom of retaining jobs and instead keeping wages low to weather the pandemic-driven slump.

As such, supply-side constraints in Japan have not been as severe as in the United States, which is why there has been "no pressing need" for firms to raise wages and prices, he said.

Kuroda also blamed the Japanese public's "cautious" sentiment on the outlook, which became entrenched during past periods of deflation, for keeping inflation low.

"To completely eradicate (Japan's) deflationary mindset, cooperation of firms and households are necessary," he said, calling for the need to create a virtuous cycle in which higher wages give households more purchasing power, thereby making them more accepting of price rises.

On Japan's economy, Kuroda said it has picked up led by exports and the manufacturing sector.

"If Japan can simultaneously protect public health and improve consumption activities through the use of vaccination certificates, for example, the economic recovery trend is very likely to become more pronounced," he said.

Japan's economy has been recovering as robust global demand propped up exports, offsetting the weakness in consumption.

But Japan's consumer inflation is stuck around zero even as that of the United States exceeded 5%, leaving central banks of both countries with a different set of challenges.