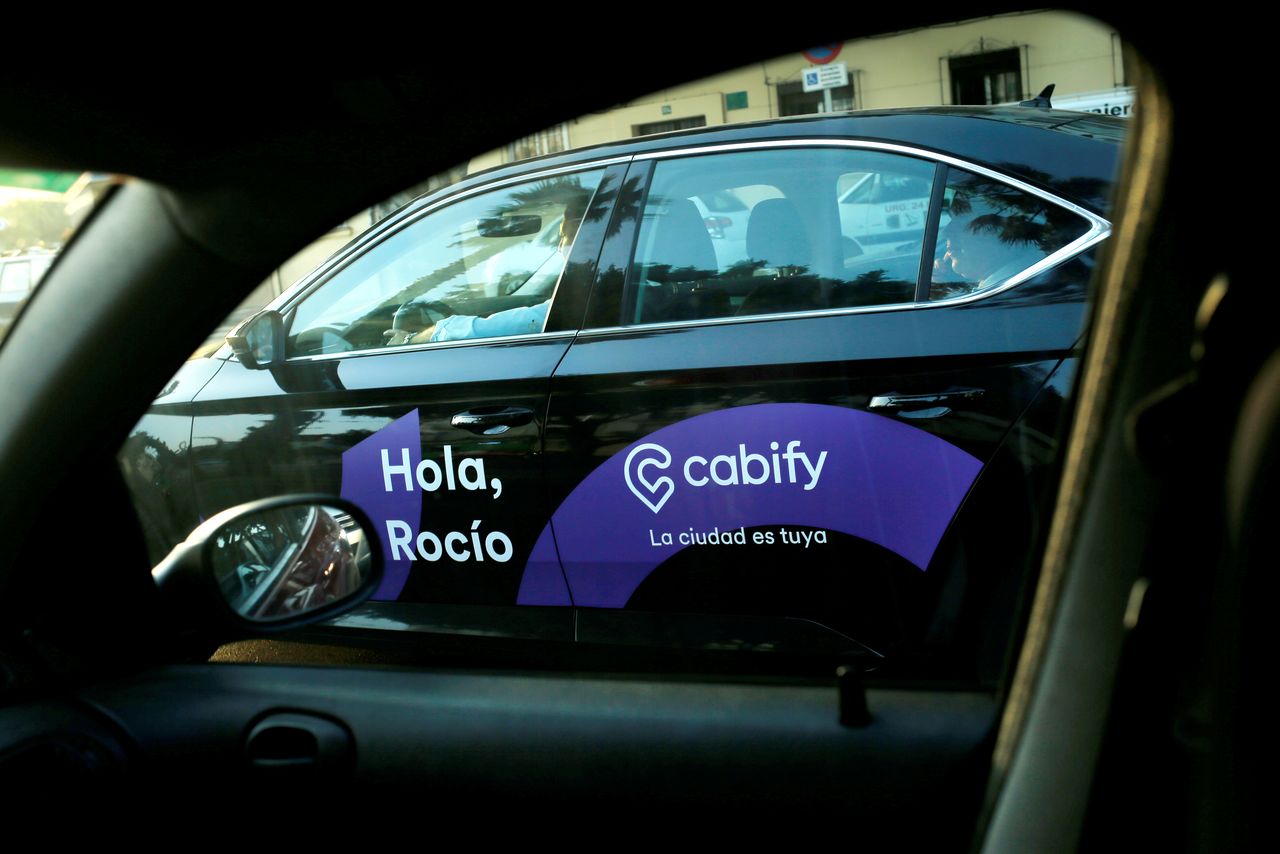 FILE PHOTO: A Cabify taxi car is seen through the window of a car in Malaga, southern Spain August 3, 2018. REUTERS/Jon Nazca

MADRID (Reuters) - Spanish ride-hailing app Cabify will allow users to order groceries direct to their homes in nine cities including Barcelona and Madrid via a partnership with online supermarket delivery firm Lola Market, the companies said on Wednesday.

A new crop of startups across Europe seeks to consolidate market share after lockdowns boosted demand for grocery delivery, including Turkey-based Getir and Berlin-based Gorillas, which have both expanded across borders.

Cabify, which also offers e-scooter hire and electric moped rental, did not provide financial projections for the new venture but said it would help avoid unnecessary trips, cut emissions and allow for a more efficient use of resources.

"E-commerce in Spain has been growing at a double-digit rate in the past years," said Lucía Chávarri, Cabify's vice president of new business. "It would make sense for us to sustain above-average growth once we establish ourselves."

By selecting the "Super" option in the app's menu, Cabify users will be able to request goods from supermarkets including Spanish chain Dia and the German and French multinationals Lidl and Carrefour, in a first for the multi-mobility company.

"The change is here to stay, more and more users are going to want to shop online," said Chavarri. "The idea is that we can grow in a market where until now we had no presence."

E-commerce in supermarkets and grocery stores was already growing at around 38% annually before the pandemic doubled the sector's expansion rate, Chavarri said, citing data from Spain's competition watchdog CNMC.

Rival Spanish delivery app Glovo, which has also entered the rapid grocery delivery sector, said last month that it had bought Lola Market in Spain and Mercadao in Portugal.

Glovo said it expected the annual gross transaction value of the division to exceed 1 billion euros by end-2022, after topping 300 million euros by the end of 2021.