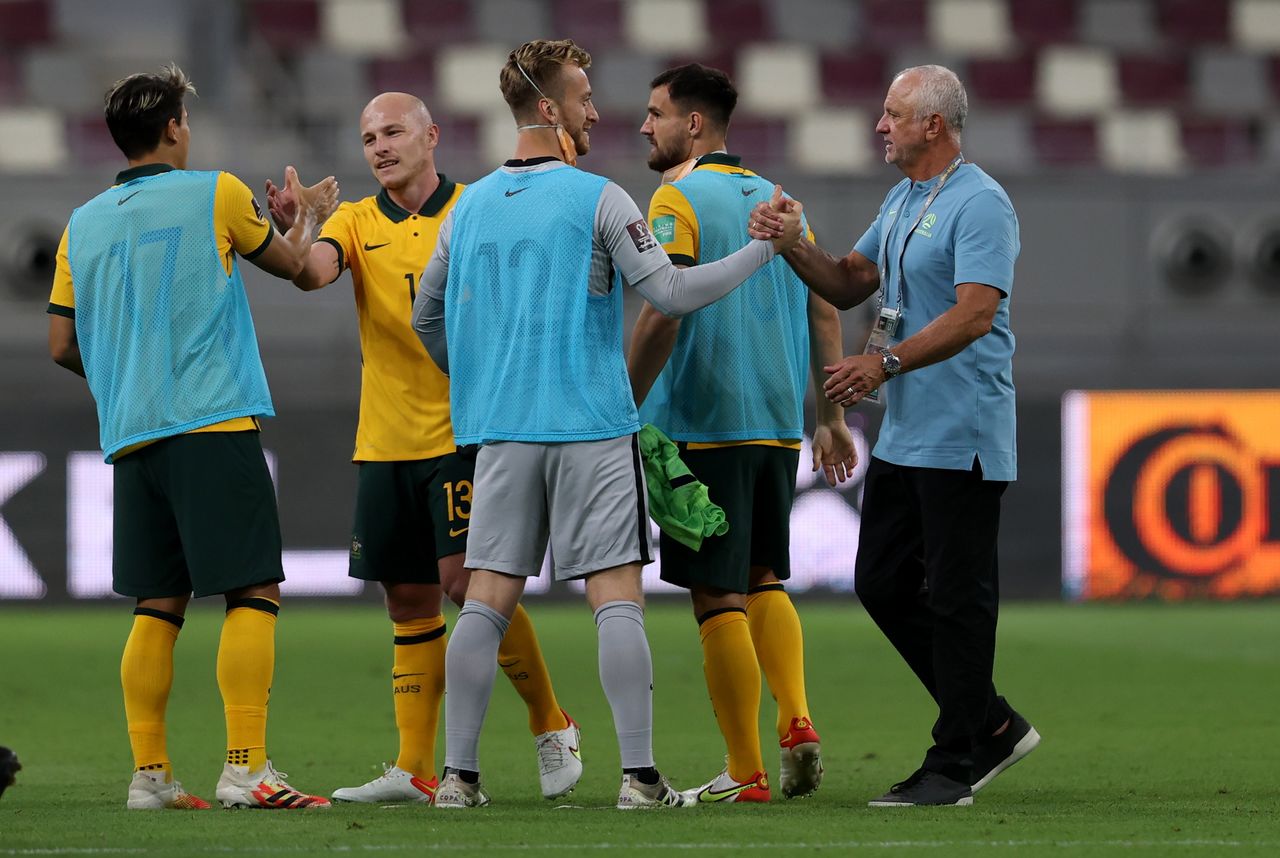 MELBOURNE (Reuters) - Australia have not played at home for almost two years of the World Cup cycle due to COVID-19 but the lack of fan support has done little harm to the Socceroos, who will bid for an 11th straight win in qualifying against Oman on Thursday.

Graham Arnold's side had hoped to host Oman on home soil but health restrictions in Australia have forced them back to Qatar, a month after thrashing China 3-0 at Doha's Khalifa International Stadium.

Australia's last home game was in October 2019 when they beat Nepal 5-0 in Canberra, a few months before the pandemic turned the world upside down.

They have since become very familiar with the Persian Gulf, having had multiple camps in the World Cup host nation Qatar and the United Arab Emirates.

"It is a place now that we’re very familiar with," Arnold told reporters on Wednesday of Doha.

"The hotel is fantastic, the training field is great ... All the boys are happy and we’re ready."

Australia, ranked third in Asia and 32nd overall, had to grind out a 1-0 win over world number 95 Vietnam on a scrappy pitch in Hanoi to claim their 10th consecutive win and they will be glad for the better surface and air-conditioning at Khalifa stadium.

Another long-haul flight across Asia looms when the Socceroos take on regional heavyweights Japan at Saitama Stadium next week, but Arnold said his players were only focused on world number 78 Oman.

"All I’m thinking about is Oman and getting three points. Putting our best side out, our best starting 11 out, to be ready to beat Oman," he said.

"They’ve got great energy, they work hard and that’s the most important thing that we match that -- and I do expect that with the energy our boys have brought in here, we’ll be ready for that."

Australia beat Oman 5-0 in a friendly the last time the teams played in 2018 but Branko Ivankovic's side are confident after upsetting Japan 1-0 away last month and pushing Saudi Arabia in a 1-0 defeat in their last qualifier.

Arnold was in charge of the Socceroos when they needed a stoppage time equaliser from Tim Cahill in a 1-1 draw with Oman at the 2007 Asian Cup in Southeast Asia.

Soon after, Australia crashed out of the quarter-finals with a shootout defeat to Japan and Arnold's first stint as Socceroos coach ended in disappointment.

Arnold shrugged off a reporter's reminder of those results ahead of matches against the same opponents.

"I know I’ve been in the game for a very, very long time so you like to look back on, maybe, my failures," he said.

"I just look at the success I had and I look forward.

"I think I’ve even said it publicly 100 times, I wasn’t ready to coach and I wasn’t ready for that job at that time so I don’t know why you keep going back to that."