Sailing-Women to race with men in 'groundbreaking' SailGP shift 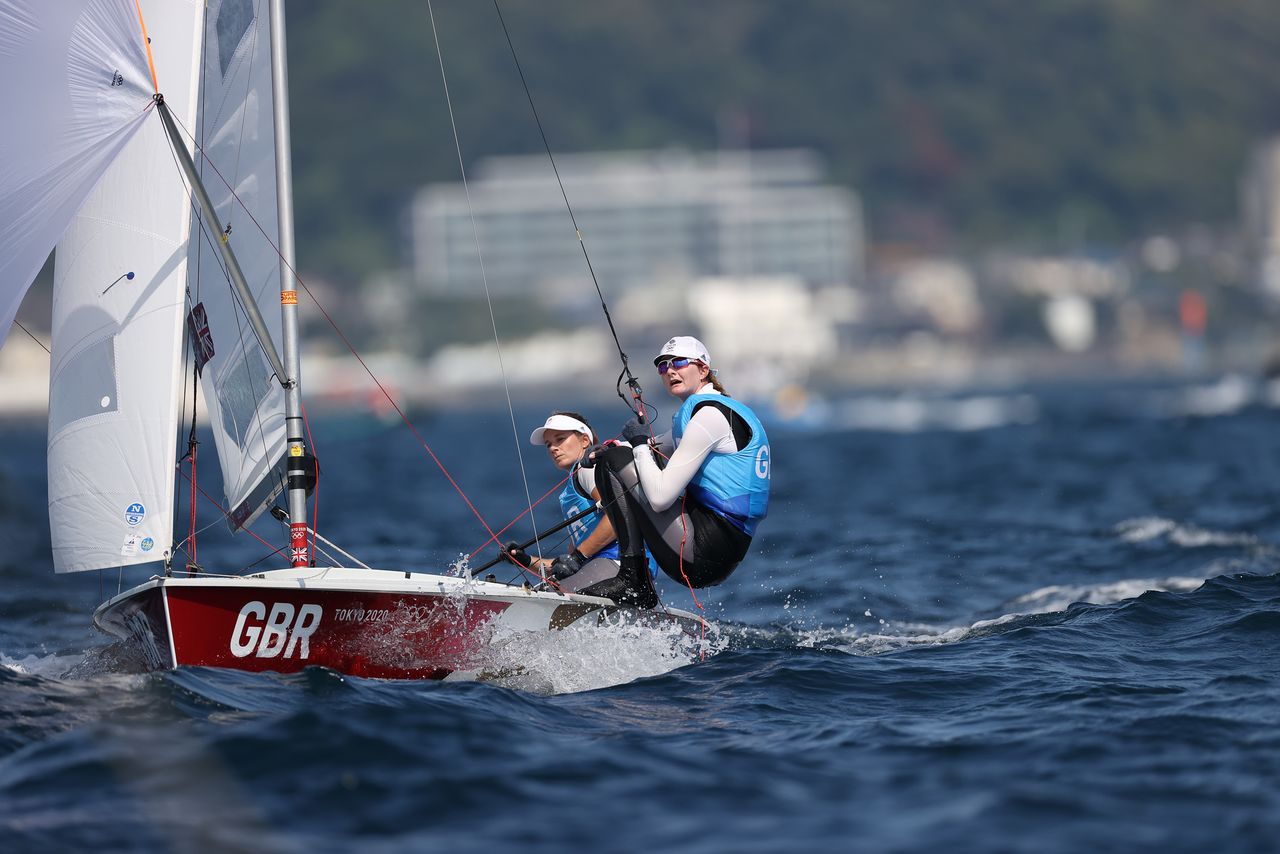 LONDON (Reuters) - SailGP will include female sailors in its adrenaline-filled racing for the first time this week by adding an extra crew position aboard its "foiling" catamarans.

There have been few routes for top female sailors to progress beyond events such as the Olympics and SailGP has implemented a pathway in an effort to address this gap.

The $1 million prize competition, co-founded in 2018 by Oracle Chairman Larry Ellison and SailGP CEO Russell Coutts, is in its second season and will see eight crews line up off Cadiz in Spain this weekend for the final event of its European leg.

One of those sailing in Spain will be Britain's Hannah Mills who became the most successful ever female Olympic sailor when she and Eilidh McIntyre won gold in the 470 dinghy at Tokyo, adding to her gold at Rio and silver at the London Games.

"This is pretty groundbreaking for female sailors and the sport ... I know how inspiring it would have been for me when I was young," Mills told Reuters from Cadiz.

SailGP said those competing along with Mills would be Nina Curtis for Australia, Katja Salskov-Iversen for Denmark, Amelie Riou for France, Sena Takano for Japan, Erica Dawson for New Zealand, Andrea Emone for Spain and CJ Perez for the U.S.

"The more professional opportunities there are, the more females will participate," said Mills, who has been picked by Ben Ainslie to join his Great Britain SailGP team after trials.

"It's adrenaline-fuelled like no other sailing I've ever done. The speed and the G-forces you get going round corners are absolutely phenomenal. It can feel like the boat is on the edge," Mills said of the futuristic F50 craft.

Ainslie, who is the most successful male Olympic sailor, said it was a "great" development, adding that Mills and others "can and will play a significant part" in both SailGP and the America's Cup, which is planning a women's event.

"Hannah is a great team player. Talent speaks for itself. Results speak for themselves. In female sailing they don't get any better," Ainslie said of Mills.

"She is just as motivated, if not more motivated to win than the rest of us," he told Reuters, adding that Mills would be involved in tactical calls and how the vast "wing" is set.

For Mills, who set out to win Olympic gold at an early age, moving from practice to full-blown F50 racing opens another chapter in the wake of a feat which is still sinking in.

"I never started my Olympic journey hoping to achieve that ... I can't quite believe that it happened," she said.