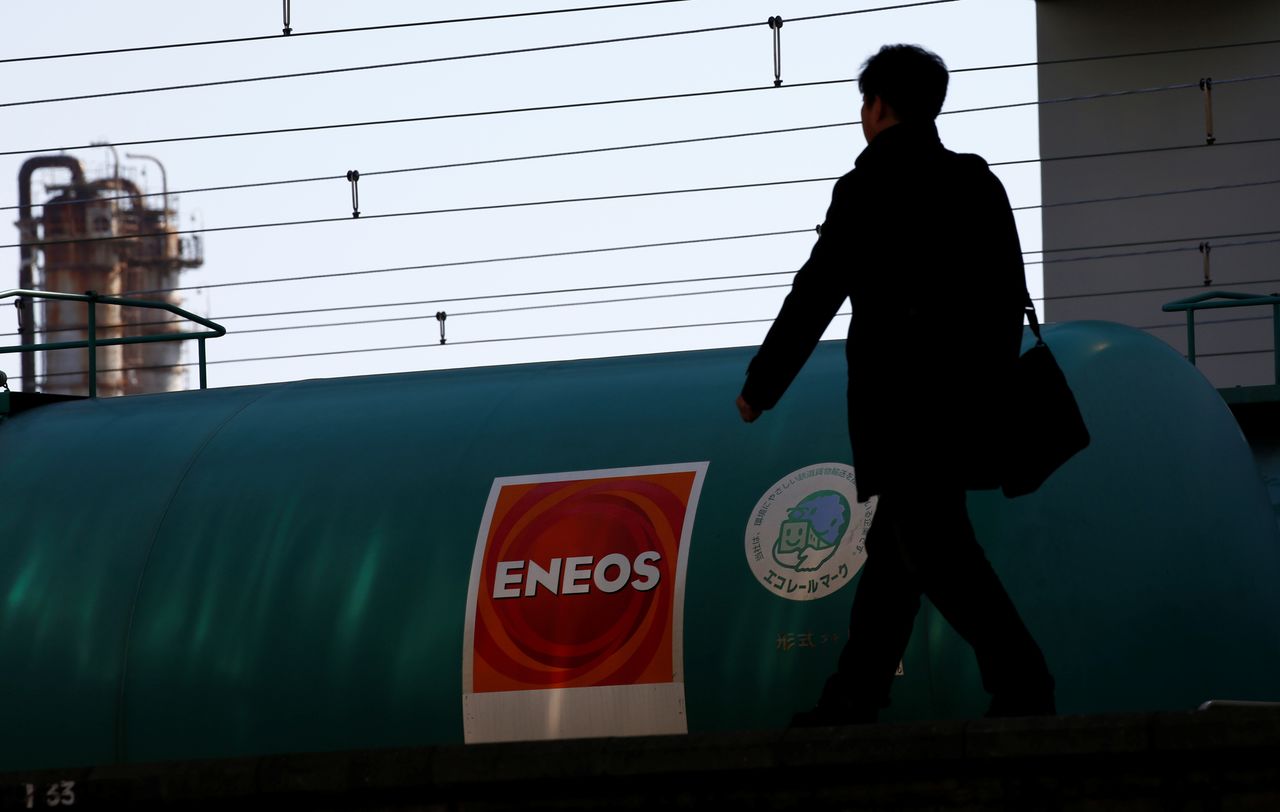 FILE PHOTO: JX Nippon Oil & Energy Corp's Eneos brand logo on a tanker lorry in a train at a station nearby its refinery in Yokohama, Japan February 7, 2017. REUTERS/Kim Kyung-Hoon

By Sam Nussey and Makiko Yamazaki

The deal would mark the first major purchase of a renewables company by a top Japanese oil company, the Nikkei said, as Eneos looks to shift away from fossil fuels.

Founded in 2012, Japan Renewable Energy develops and builds renewable energy assets and has 419 megawatts of solar, onshore wind and biomass capacity in operation, with a further 410 MW under construction.

An Eneos spokesperson said the company was considering various options to expand its renewable energy business but that nothing had been decided. A Goldman Sachs spokesperson declined to comment.

Like overseas counterparts including Royal Dutch Shell Japan's oil companies are shifting into new areas, especially after Tokyo stepped up commitments on cutting atmosphere heating emissions along with other countries.

Japan Renewable's website has few financial details but, with its comparatively small capacity, any acquisition is unlikely to make much of an immediate contribution to Eneos' typical annual sales of around 10 trillion yen ($90 billion).

However, it signifies Eneos intent to start switching out of fossil fuels as the energy transition accelerates. Japan is set to nearly double official targets for renewable supplies in the energy mix of the world's third-largest economy.

Eneos controls half the market for gasoline and other fuels in Japan, but has for many years seen its customer base shrink due to a declining population and shifting tastes.