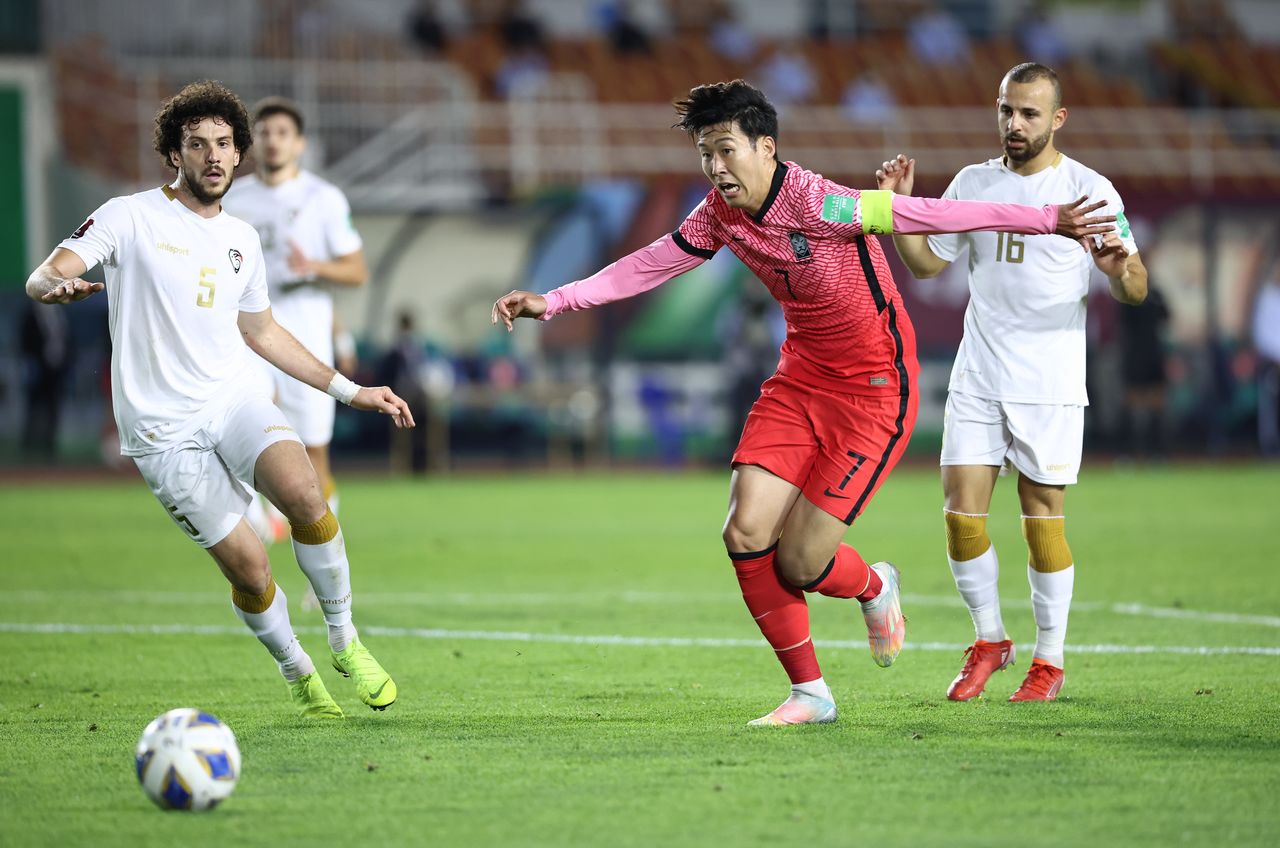 HONG KONG (Reuters) -Son Heung-min struck with less than two minutes remaining to earn South Korea a dramatic 2-1 win over Syria in Ansan on Thursday as Paulo Bento's side maintained their unbeaten start in Group A in the final phase of Asia's World Cup preliminaries.

Son swept the ball home from close range in the 89th minute, five minutes after Omar Khribin looked to have secured a share of the points for the Syrians in a game dominated by the hosts.

The win moves South Korea onto seven points from their first three games and Bento's side could have had the result sealed long before Hwang In-beom put his side in front three minutes into the second half.

The Koreans hit the woodwork as early as the 10th minute when Song Min-kyu's header clipped the frame of the goal in front of the empty stands of the Ansan Wa Stadium.

Hwang Hee-chan struggled to show his early season Wolverhampton Wanderers form, shinning the ball high over the crossbar from close range midway through the half.

The striker fired off target again when he thumped Song's cushioned header well over the bar and, with the first half in injury time, he steered another effort over after deftly controlling Hwang In-beom's ball over the defence.

Despite ceding the majority of possession, Syria were a threat on the break with Omar Al Somah forcing a full-stretch save out of Kim Seung-gyu in the first half while Khribin tested the keeper in the 53rd minute.

By then, though, the Koreans had taken the lead through Hwang In-beom, who twisted onto his left foot before shooting across Ibrahim Alma from outside the area.

Alma twice denied Son the opportunity to double the lead as the second half wore on and Khribin's spectacular finish looked like it would punish the Koreans.

Iraq and Lebanon drew 0-0 in Doha with both sides remaining winless in Group A on two points from their first three games.

Rabih Ataya forced Iraqi goalkeeper Fahad Talib into a sprawling save to keep out a low effort destined for the bottom corner 10 minutes from fulltime as Ivan Hasek's side threatened late in the game.

Iran, Group A leaders at the start of the day, will take on the United Arab Emirates later on Thursday.

In Group B, table toppers Australia will take on Oman while Saudi Arabia host Japan and China play Vietnam.

The top two finishers in each group are guaranteed a place at next year's World Cup finals while the nations finishing in third will enter into a series of playoffs.