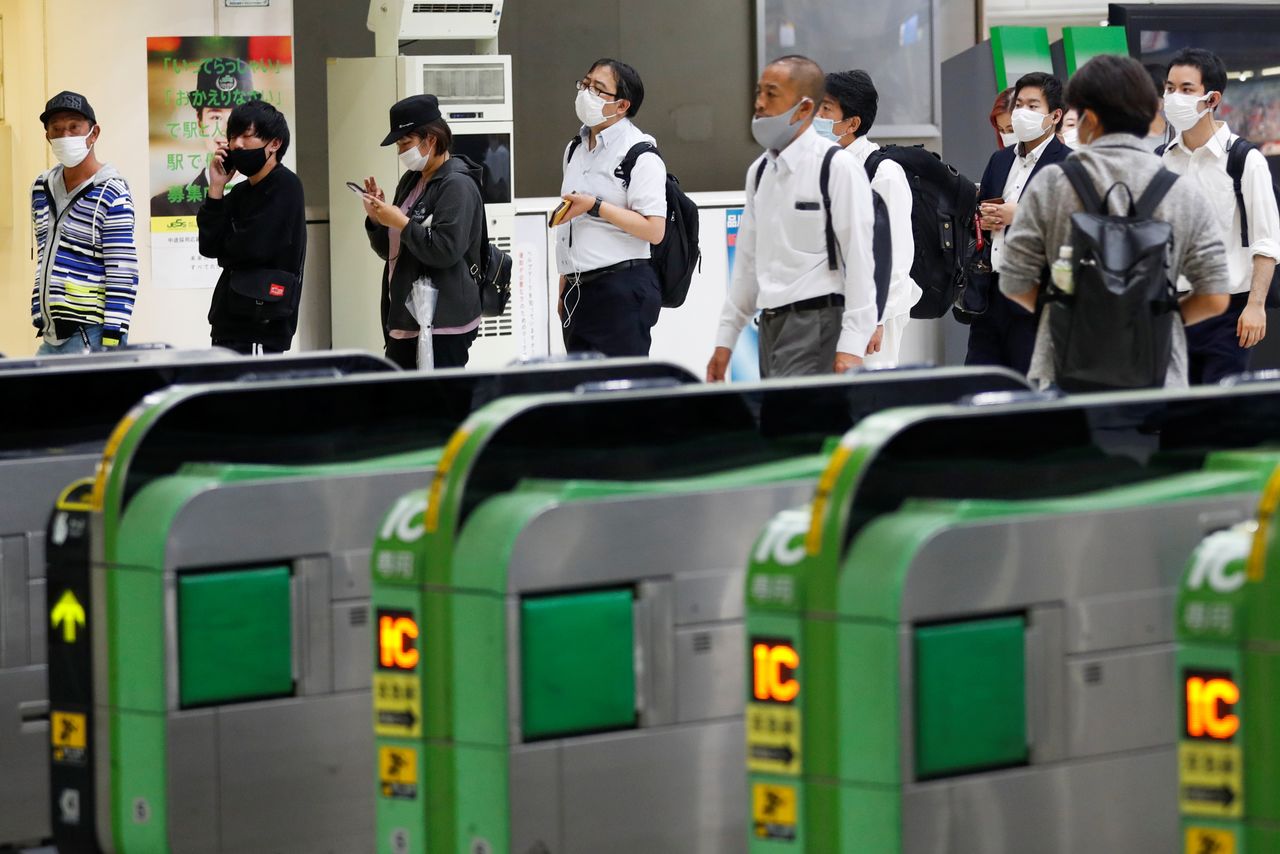 People wait for the train service resumption as it was suspended due to an earthquake at Shinagawa station in Tokyo, Japan, October 8, 2021. REUTERS/Kim Kyung-Hoon

TOKYO (Reuters) - Tokyo area commuters faced packed trains on Friday on some lines due to delays, but there was little other impact after a strong quake rocked the Japanese capital late the night before, although authorities warned of aftershocks for up to a week.

The quake struck at 10:41 p.m. (1341 GMT), centred just east of Tokyo and registering as a "Strong 5" on Japan's intensity scale, which can cause power cuts and damage to buildings.

The Japan Meteorological Agency revised down the magnitude to 5.9 from an initial 6.1.

There were scattered reports of water main breaks and about 250 buildings in downtown Tokyo briefly lost power. One of the biggest commuter train stations, Shinagawa, lost power as well, forcing people into long lines for cabs as they tried to get home on Thursday night.

Several dozen people were injured, mainly by falls or being struck by falling objects. Most of the injuries were minor.

By Friday morning everything was back to normal except on some train lines that were running late or with limited capacity. Waiting commuters overflowed into the streets outside due to crowding.

The Japan Meteorological Agency said aftershocks, possibly of similar strength, could occur for up to a week.

The hashtag "Because of the Quake", in Japanese, was trending on Twitter as Tokyoites, normally inured to tremors, tried to put the quake behind them by jokingly blaming it for everything from missing glasses to terrified cats. Many, though, said they hadn't slept.

"It looks like commuting is really crowded thanks to the quake," wrote user "Nobiyo". "The only bit of luck in this is that most people have now had at least one dose of the (coronavirus) vaccine," Nobiyo added.

Earthquakes are common in Japan, which accounts for about 20% of the world's earthquakes of magnitude 6 or greater.

On March 11, 2011, an earthquake of magnitude 9 struck Japan's northeast coast, strongest on record for the country, causing a massive tsunami and killing nearly 20,000 people.