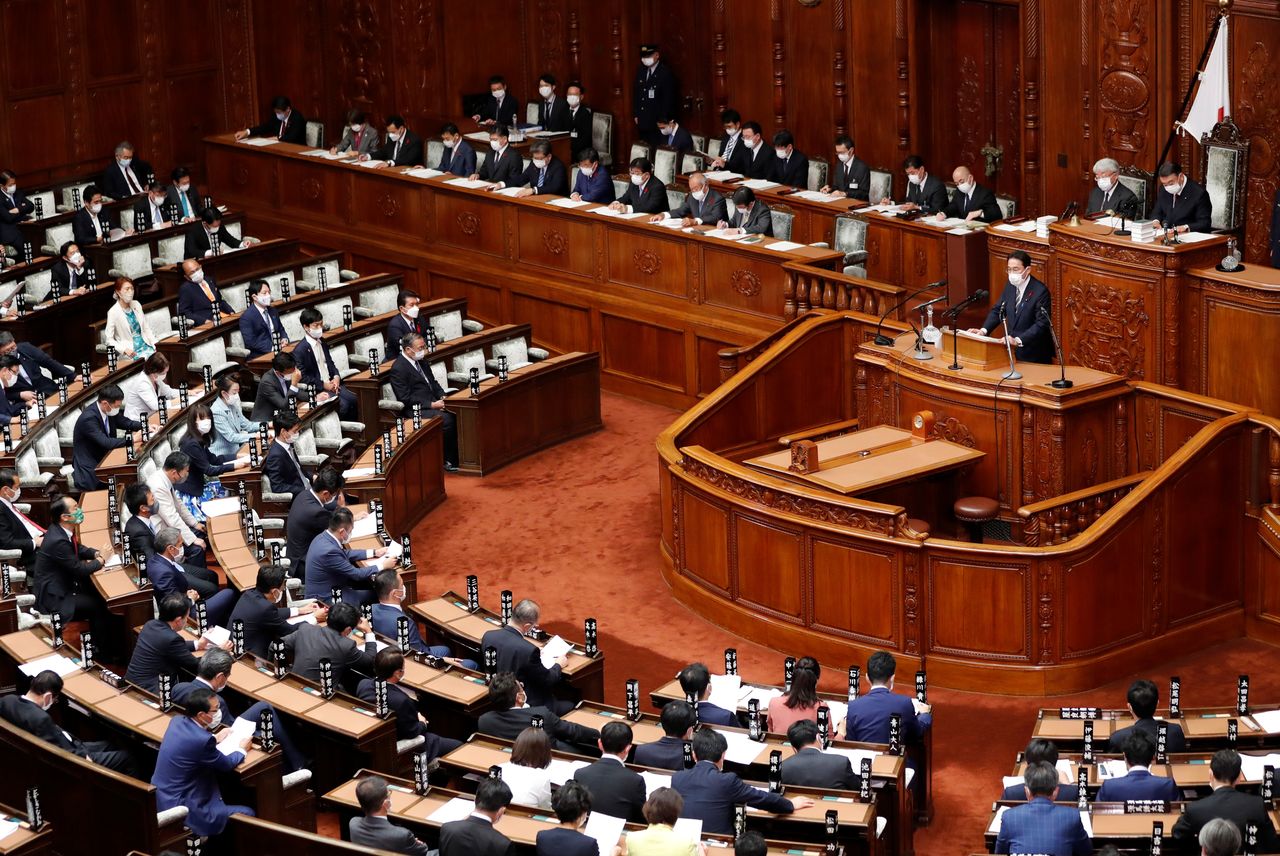 TOKYO (Reuters) -Japan's ruling Liberal Democratic Party (LDP) will call for a sharp rise in defence spending in its election manifesto to be unveiled ahead of an Oct. 31 general election, a draft of the policy platform showed on Friday.

Delivering his first policy speech to parliament, new Prime Minister Fumio Kishida, who leads the LDP, said on Friday he was determined to protect Japan's territory and its people in an increasingly tough security environment.

The LDP aims to raise the defence budget, which has been about 1% of gross domestic product in recent decades, "with an eye on bringing it even above two percent", the party said in a draft of the manifesto reviewed by Reuters.

The LDP will promote measures to enhance Japan's deterrence including acquiring the capability to intercept ballistic missiles within enemy territory, according to the draft of the manifesto, which will be unveiled next week.

On the response to the coronavirus, the party aims to see that everyone who wants a vaccination can get one by early November, while making preparations for booster shots.

The LDP will push for legislation to give the government more powers to secure medical resources and curb people's movements.

The number of daily COVID-19 cases have been on a downtrend in recent weeks, and a long state of emergency was lifted this month, but experts say another wave of infections is possible.

The LDP also states in the manifesto that it welcomes Taiwan's bid to join a pan-Pacific free-trade pact known as the Comprehensive and Progressive Agreement for Trans-Pacific Partnership (CPTPP).

Taiwan and China both applied last month to join the CPTPP, which includes Australia, Canada, Japan, Mexico and New Zealand.

But China says it opposes Taiwan - which it claims as its own territory - joining.