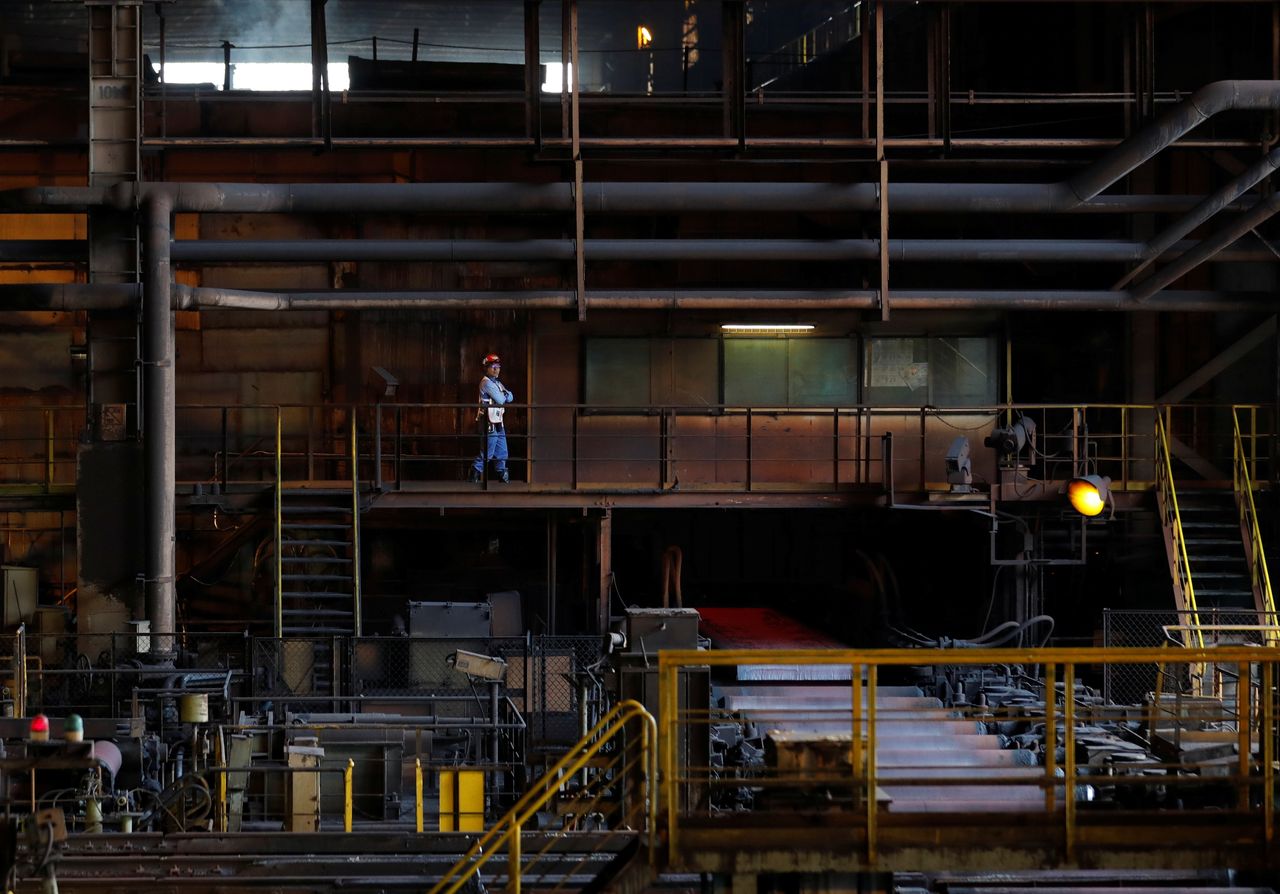 TOKYO (Reuters) - Japan's crude steel output is forecast to rise 9.6% in the October-December quarter from a year earlier, helped by a recovery in manufacturing, the Ministry of Economy, Trade and Industry (METI) said on Friday.

It would mark the third straight quarterly rise.

The ministry estimated crude steel output at 24.11 million tonnes for three-month period, up from 21.99 million tonnes a year earlier, reflecting a pick-up in demand in areas such as auto manufacturing and industrial machinery.

It expected steel output to rise 0.8% from the July-September quarter.

Demand for steel products, including those for exports, is forecast to increase 6.7% to 21.84 million tonnes in October-December versus a year earlier, the ministry said, citing an industry survey.

Exports are forecast to jump 16.9% to 7.11 million tonnes, the ministry said.

However, it warned of an increased risk of a downturn due to the impact of the coronavirus pandemic on supply chains and said close attention was needed on the trend of COVID-19 infections at home and abroad.