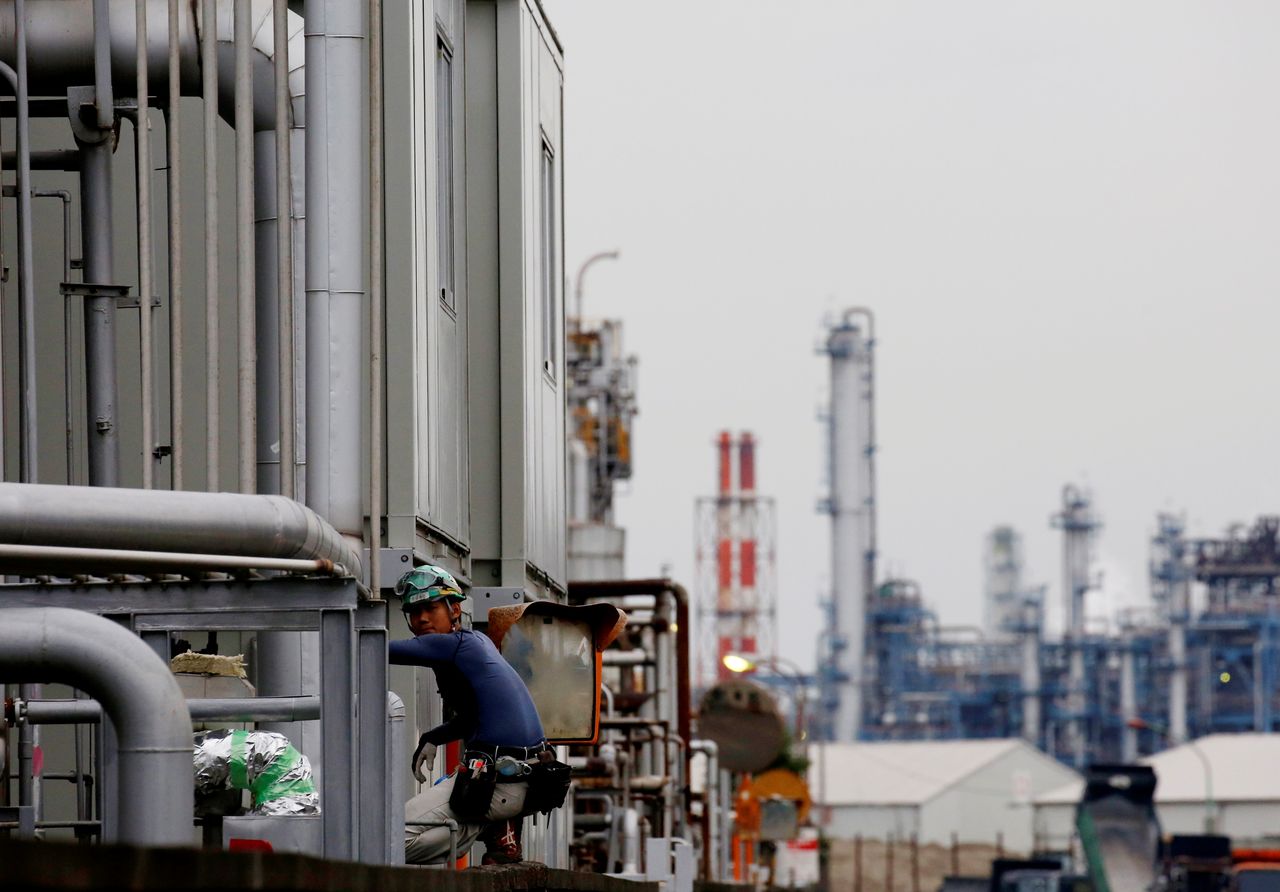 FILE PHOTO: A worker is seen in front of facilities and chimneys of factories at the Keihin Industrial Zone in Kawasaki, Japan September 12, 2018. REUTERS/Kim Kyung-Hoon

TOKYO (Reuters) - Japan's wholesale prices likely hit a 13-year high in September, buoyed by lofty commodity prices, while firms' machinery orders are expected to have risen for the second straight month in August, a Reuters poll showed on Friday.

The corporate goods price index (CGPI), which tracks the prices companies charge one another for their goods, likely rose 5.9% in September from a year ago, according to a poll of 17 economists. That would be its highest annual price gain since September 2008. The index grew 5.5% year-on-year in August.

On a monthly basis, Japan's wholesale prices likely grew 0.3% in September after being flat the previous month, the poll showed.

"Commodity inflation will affect prices of petroleum products, chemical, steel and other metals, which results in a higher growth" in wholesale inflation, said Shunpei Fujita, an economist at Mitsubishi UFJ Research and Consulting.

"But as the growth in commodity prices slows, corporate goods inflation in Japan will gradually cool down."

Commodity prices have rallied recently amid energy supply worries, stoking concerns about global inflation. But with Japan's main inflation gauge still well below target at 0.0% in August, the Bank of Japan is expected to stick to massive monetary stimulus for the foreseeable future.

On Wednesday, the government is due to release core machinery orders data.

Core machinery orders are expected to have risen 1.7% in August from the previous month, according to the Reuters poll, after 0.9% growth in July.

Orders likely rose amid solid capital expenditure among companies preparing for a reopening of the economy after the government lifted state of emergency curbs at the end of September.

Japan's economic recovery has been led by robust demand for its exports, offsetting the weakness in COVID-hit consumption. But the manufacturing sector is now facing renewed pressure from supply chain disruptions.

Industrial output fell for the second straight month in August as COVID-19 outbreaks elsewhere in Asia shut factories and made it harder for carmakers, already grappling with a global chip shortage, to source parts.