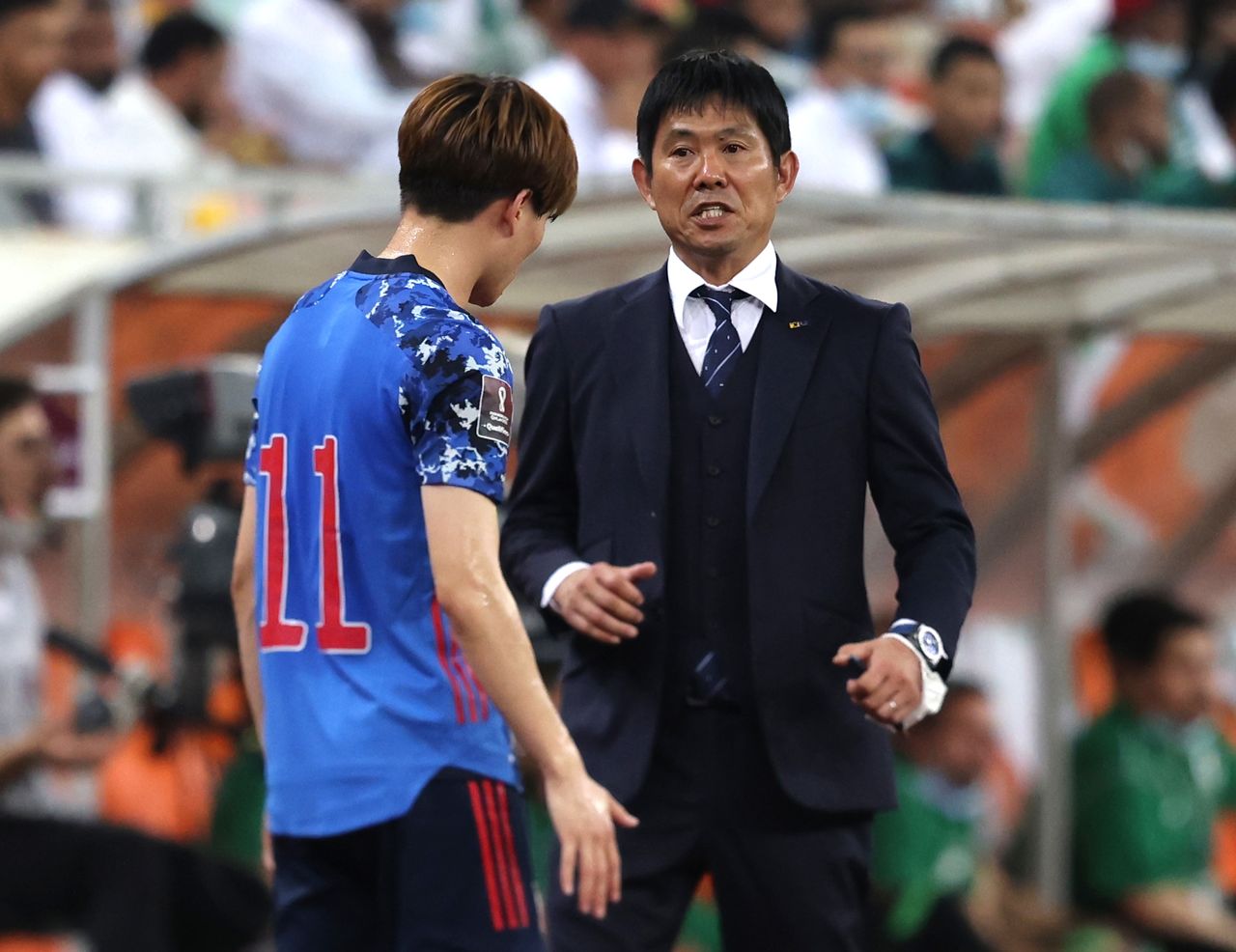 (Reuters) - Japan coach Hajime Moriyasu said he still believes the 'Samurai Blue' can qualify for next year's World Cup finals despite crashing to a second defeat in their first three Asian third round qualifiers.

The 1-0 loss in Jeddah on Thursday left Japan six points adrift of their Saudi Arabian opponents as well as Australia at the top going into Tuesday's clash with the Socceroos in Saitama.

With only the top two guaranteed a place at next year's finals, Japan will at best face a circuitous route to Qatar via two playoffs if they fail to fight their way back into the race over their last seven group matches.

"We got tired and lost our rhythm, that's when they capitalized and scored," Moriyasu said after the loss at King Abdullah Sports City, according to Kyodo news agency.

"If we don't give up, I believe we can still win a ticket to the World Cup."

A hashtag calling for Moriyasu to be sacked was trending on social media in Japan on Friday morning and Tuesday's meeting with Australia is looming as decisive for his future in the job, if he lasts that long.

The former international midfielder was handed the task of securing Japan a berth at a seventh successive World Cup when he was promoted from assistant after Akira Nishino stood down in the wake of the 2018 edition in Russia.

In 2019, he led Japan to the Asian Cup final, where they were beaten by Qatar, and last year into the third round of Asian qualifying for the 2022 World Cup with a 100% record in round two.

Round three started with a stunning 1-0 home loss at the hands of Oman, however, and although the team rebounded with a 1-0 win over China in their second tie, the loss to the Saudis has left them well off the early pace.