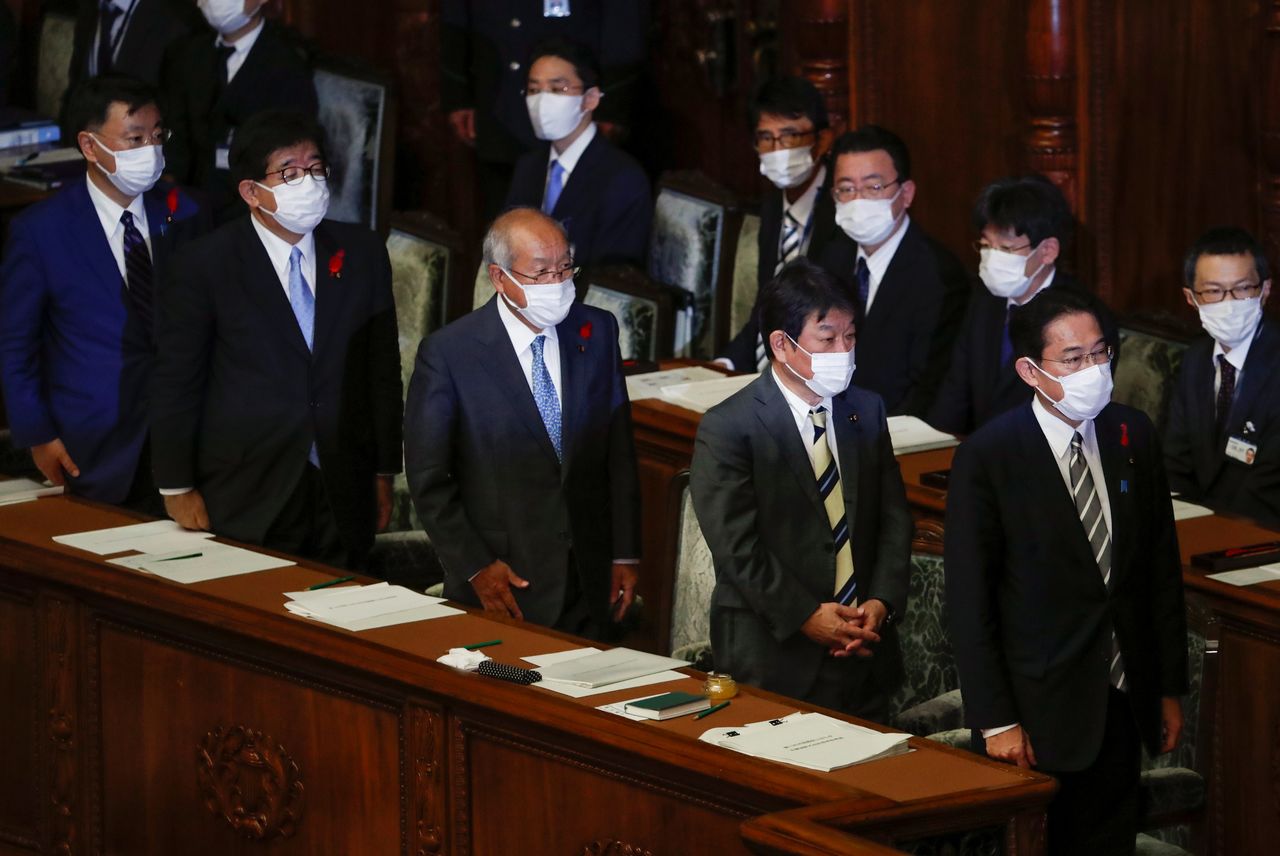 By Yoshifumi Takemoto and Tetsushi Kajimoto

Kishida, who has vowed to rectify wealth disparities, had previously said reviewing financial income tax would be an option in addressing income gaps.

The absence of the financial income tax in its campaign platform may indicate a tug of war within the LDP between lawmakers backing efforts to correct wealth gaps and those embracing market-oriented capitalism.

Some investors have raised concerns that the new premier may press ahead with capital gain tax hikes signalling a turn-around from investor friendly economic policies pursued by Japan's longest-serving premier Shinzo Abe from 2013 to 2020.

Kishida has said he wants to pursue policies that achieve a new style of capitalism aimed at distributing more wealth to households and addresses Japan's widening income gap, while sticking to stimulus measures for now.

Some pundits have called for raising Japan's financial income tax levied on investment income from the current 20% to raise more from the rich and fund steps to support low-income households.

However some analysts are sceptical of the impact.

"If the tax rate is raised to 30% from the current 20%, that would raise tax revenue by 400 billion yen ($3.57 billion)," said Junichi Makino, chief economist at SMBC Nikko Securities.

If the increased revenue is distributed to the middle-income households, that would translate into an annual income gain worth 10,000 yen, he said.

"Unfortunately, the amount of increase may not be so large."

Some investors have raised concerns about any negative impacts an increased financial income tax rate may have on stock markets, which could cool local stock investment and drive away foreigners and retail investors.

It remains to be seen if Kishida will go ahead to raise the tax rate, while the impact of the steps on the stock market may vary depending on the way it is structured.